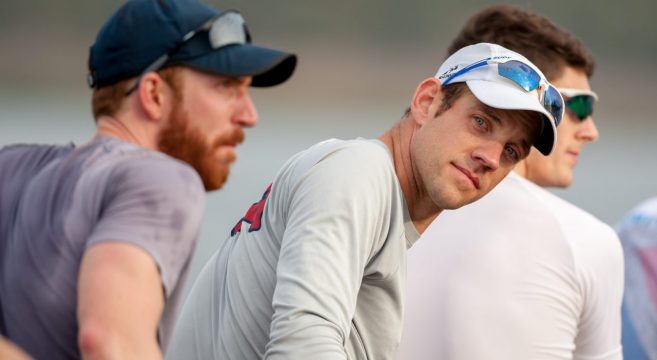 We’re highlighting all the New Jersey Olympians this summer because there are so many to watch for. Steve Kasprzyk will row on the Men’s Eight team for the United States in Rio.

Steve is from Cinnaminson and began rowing at Drexel University in 2000. He enjoys running marathons and mountain biking and says running the 2004 Philadelphia Marathon as his most memorable sporting achievement. Steve’s father is his personal hero and he says his rowing friends from Drexel and Penn A.C. as the most influential people in his sporting career.

Men’s Eight Rowing begins on August 8th and medals will be awarded on August 13th.