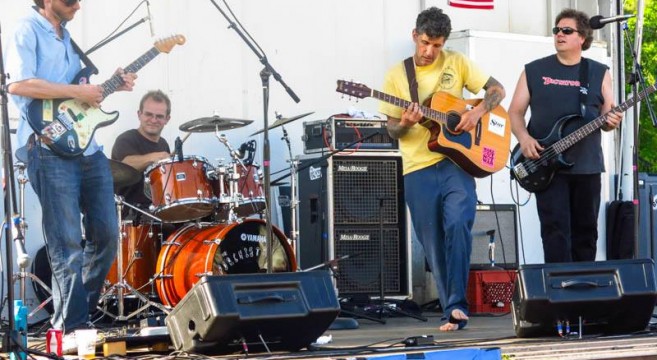 The Porchistas are releasing their reggae tune “Ebolabama” just as we are heading into the homestretch of the presidential election season that will replace President Obama. The Montclair band have great timing and wanted to get this to the people while the POTUS still has a few months in the White House.

The song is a lighthearted look at all the conspiracy theories that have been floated about the commander-in-chief since he become the 44th president. There have been a lot, to be sure.  You gotta listen closely to hear them all.

The band is having a release show for the single at Tierney’s Tavern in Montclair on Saturday July 16th. Also on the bill are Accidental Seabirds and Liv Lombardi.