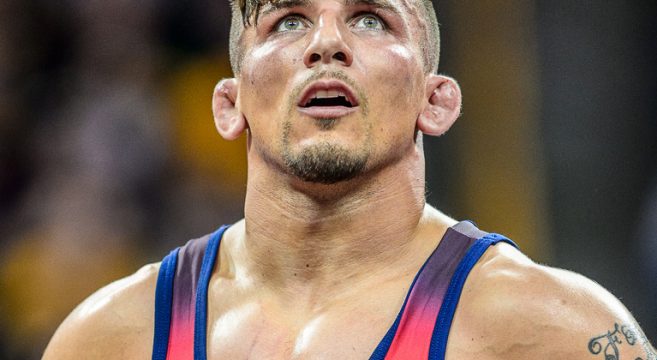 We’re highlighting all the New Jersey Olympians this summer because there are so many to watch for. Frank Molinaro will wrestle in the 65kg weight class for the United States.

Molinaro grew up in Barnegat and was a three-time New Jersey State Champion at Manahawkin’s Southern Regional High School and placed second at High School Nationals. After a redshirt season in his freshman year at Penn State, Molinaro claimed All-American honors four times—becoming the fifth Penn State wrestler to be a four time All-American.

Frank and his wife Kera moved to State College, Pennsylvania recently. His parents, Frank and Michele, still reside in Barnegat and older brother Robert is a graduate from the Naval Academy and now an officer in the Navy. Frank and Kera are expecting their first child in November.

You can read more about him on his website: GorillaHulk.com

Frank’s weight class wrestles for the medals on August 21st.

[photo and bio info via GorillaHulk.com and wikipedia.org]

Pin It
Previous post:
Disturbed Rock Holmdel for WRATfest 2016 Next Post:
We’ve Got Pre-Sale Codes for the Wellmont Theater!