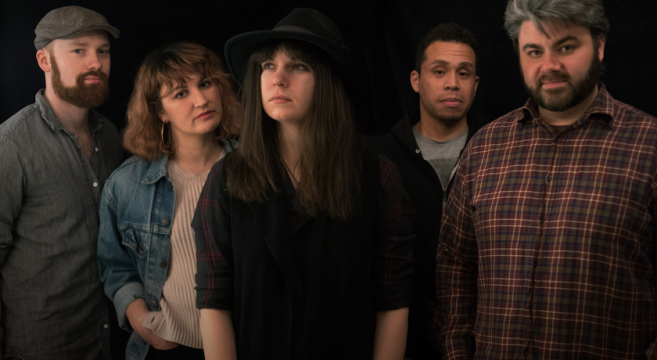 Get Me to the Show: Reviewing Lowlight’s ‘Where Do We Go From Here’

Out beyond the smokestacks and cell towers; past the pavement and pollution; through the swamps and sprawl sits a charming two-story house between the beach and the city. Home to Lowlight’s husband-and-wife guitar-and-keyboard duo Derril and Dana Sellers, this is the band’s Big Pink, where words are woven and whiskey is swilled straight on till morning. It is here that Lowlight has crafted its blackout dream of a debut album.

We open in what feels like the dusty recesses of Paris, Texas with a subtle prologue; a widescreen instrumental called “Glitter & Dust” composed by the band’s slide guitar wizard Tony Aichele. But it isn’t until his steely six-string fades into “Why Wander” that the horse truly gets let out of the barn. Over the galloping rhythm of drummer Colin Ryan and bassist Rey Rivera we meet Lowlight’s wide-brimmed-hat-wearing raconteur Renee Maskin. Her opening salvo – “I was lying in bed with an eye to the road” – tells us everything we’re about to get ourselves into. 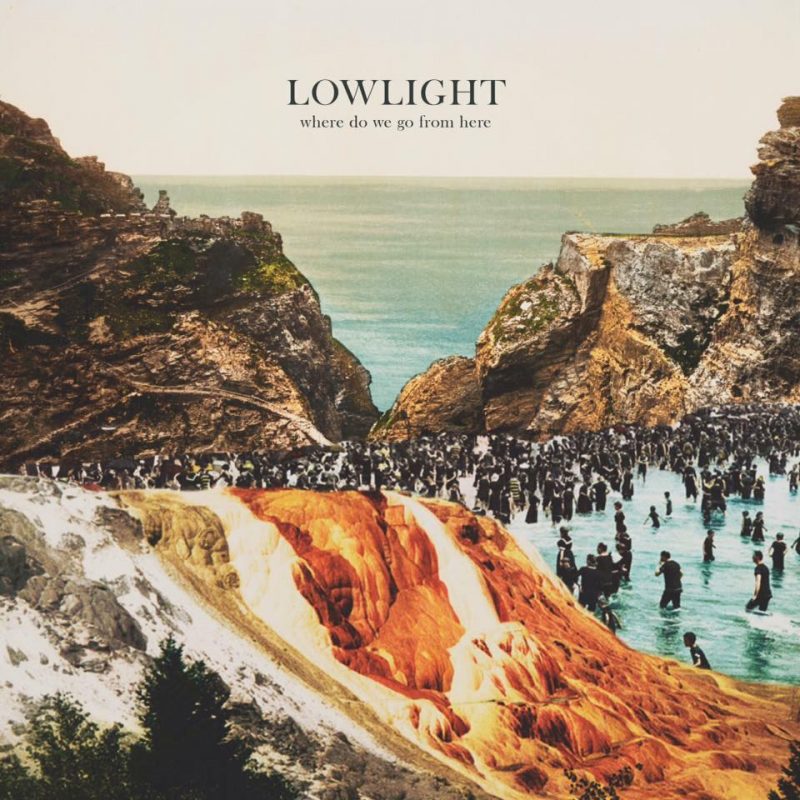 As the record moves forward with its synth-laden title track and the rolling thunder of “Lines in the Road,” relationships get made and broken; feelings are caught and hurt. And with contradictions scattered throughout, Maskin sounds like she’s got more than a little Leonard Cohen in her; taking sweet time to reveal a playfully wry view of relationships. It’s the kind of place where a kiss is always a kiss goodbye and time-spent is best viewed through the 20×20 lens of a rear-view mirror.

Where Do We Go From Here is the work of a band undoubtedly invested in its own future, but also one which takes particular consideration of the canon and their potential place in it. “Motel Chronicles,” bounces along like a Gram Parsons-captained luxury liner while “Bones” sounds as though it were orphaned off by Tom Waits and adopted by mid-80’s Bruce Springsteen. These proven methods are filtered through Lowlight’s lens of progressive modernity; adding time-changing starts and stops, interweaving vocal harmonies, dense percussion/bass, or complex guitar/keyboard interplay.

Throughout the album, Derril Sellers’s production remains clear and crisp; an arduous task when so much is going on. In less capable hands this runs the risk of becoming quickly overcooked, but Sellers nails it and Where Do We Go From Here emerges triumphant as a result. It is an album that will undoubtedly stand out among a fertile Asbury Park music scene; where a bevy of legitimately-great bands continue their push to the front of the recognition line. It’s as though Lowlight watched this all unfold and coolly tossed their hat into the ring once they saw an opening. But this isn’t just an opening to take over the local scene which has fostered them these past few years. This is a way out. They can be local heroes all they’d like, or they can choose to take to the road over which they pine. This album is sturdy; the songs strong enough that Lowlight deserves to be afforded both the chance as well as the choice. Because going home will always be an option. But whether or not Maskin and Co. bring their hearts back with them is the question that hangs over this entire affair; and one which makes Where Do We Go From Here such a brilliant, compelling debut.