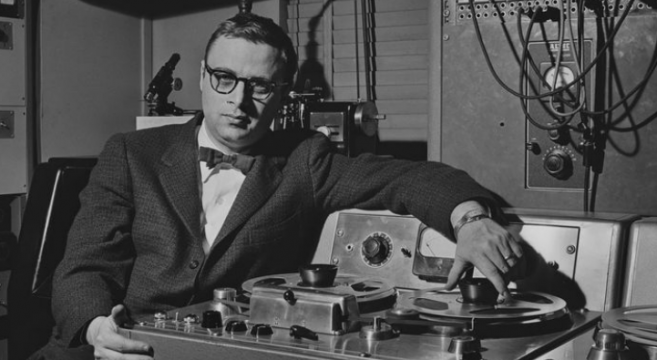 The Death of the Cool: RIP Rudy Van Gelder

On August 25, music at large lost a titan. Because he didn’t deal in rock and roll, however, Rudy Van Gelder’s name isn’t immediately synonymous with greatness like, say, George Martin, the legendary Beatles producer who we lost earlier this year. But the music he recorded – and he has quite the prolific discography – is as revolutionary as The Beatles, or any other major act that has ever set foot inside a studio.

Van Gelder was born in Jersey City in 1924 and went to school for optometry. In a stroke of brilliant irony, there wasn’t much money in medicine so – encouraged by his drummer uncle and fueled by his obsession with early radio – he decided to try his hand at music instead.

A friend had a rudimentary control room in his parents’ house in Hackensack where Van Gelder would soon set up shop, recording local acts but never quite being satisfied with the sound. He aspired toward something fuller. He would buy anything he could to try and improve his set up: microphones, studio monitors, anything at all. He caught his big break in 1952 when a friend introduced him to Alfred Lion of Blue Note Records, still the world’s premier jazz label. By 1959, his operation moved out of his friend’s house and into his own Van Gelder Studio in Englewood Cliffs.

Other big jazz labels like Verve (which housed acts as diverse as Louis Armstrong and The Velvet Underground) and Concord began getting in on the action, as well. Word was out. Something special was happening in Englewood Cliffs as Van Gelder became one of the most in-demand recording engineers in the world. Jazz giants who could have worked literally anywhere decided to head up to Bergen County for the Van Gelder Sound, a mix of warmth with distinct space between instruments. Miles Davis recorded some of his best early material (the Cookin, Workin, Steamin, and Relaxin with the Miles Davis Quintet) albums there. The Philadelphia-based John Coltrane recorded his masterpiece A Love Supreme – as Earth-shattering an album as has ever been created – with Van Gelder at the controls. Thelonius Monk loved working with him so much, he penned a tribute called “Hackensack.”

As the groundbreaking music he helped record in the 50s and 60s gave way to the more commercially-successful (but far less critically acclaimed) smooth jazz in the late 70s and 80s, Van Gelder found himself not quite as busy as he once had been during his 50s and 60s prime. But he still wrung greatness from artists like Ron Carter, Bob James, Elvin Jones, and Grover Washington Jr.

Van Gelder engineered the music for the acclaimed neo-noir cartoon Cowboy Bebop in the 1990s, and in 2013 earned the AES Gold Medal, the Audio Engineering Society’s highest honor. He also oversaw jazz music’s switch from analogue to digital, offering up definitive remasters of some of the genre’s most important albums, ensuring they would continue to find new generations of fans long after his life was over. So rest in peace, Rudy Van Gelder and know that your legacy is sealed as one of the great innovators that recorded music will ever know.