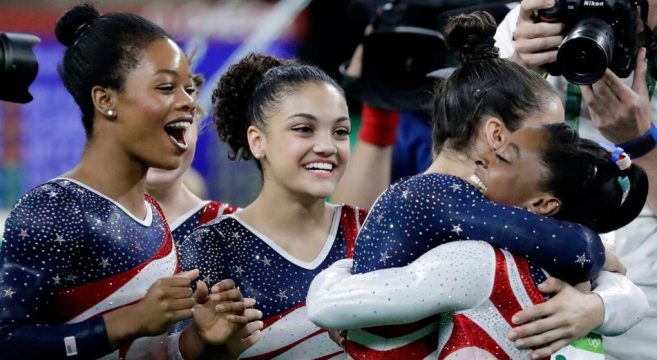 Update on New Jersey’s Olympians – We’ve Got a Gold Medal!

We’re deep into the first week of the 2016 Summer Olympics in Rio and our NJ olympians already have a gold medal!

Connor Jaeger, Fair Haven – Swimming freestyle. Connor came in fifth in the 400m Freestyle finals. He will compete in the 1500m on August 12th.

Kelsi Worrell, Westhampton – Swimming 100m butterfly. Kelsi came in fourth in her Semifinal which wasn’t enough to get her to the finals. She missed the finals but just .03 seconds!

Tracy Eisser, Fair Lawn – Rowing Quadruple Sculls. The US Team is in the finals which was supposed to be today but has been postponed due to rough weather.

Lauren Schmetterling, Moorestown – Rowing Women’s Eight. The team is in the finals which is scheduled for tomorrow.

The rest of our athletes are still competing. They are:

And, here is a list of when all of the on-going competitions are: