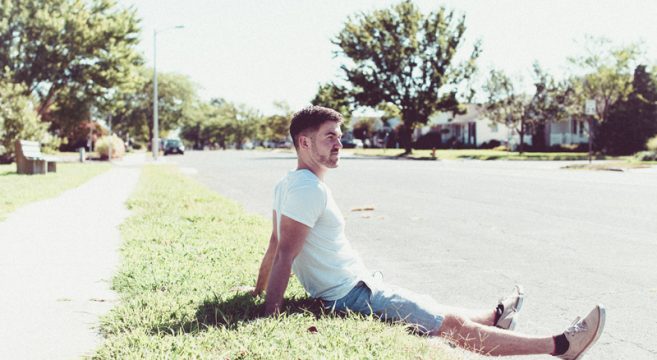 Hip hop producer and beat maker Birocratic has been a favorite artist of ours for a few years.  His chilled out hip hop beats are great on road trips or when you just want to relax to some funky sounds at home. Born Brandon Rowan in Cape May, musically he goes by Biro or Birocratic.  His new EP, Replaced, is a departure from his previous albums which used samples from classic and sophisticated sounding music. The up-coming release is the first one in which he made all his own music with absolutely no sampling. Coming out on October 3rd, we can’t wait to hear it.

He’s released a single from the new material, called ‘Passage’, which is a song that he first started working on in 2013. He put it out in its first form in 2014 but pulled it from the internet later because he wasn’t happy with it.  I happened to have purchased the song when it was online briefly and the new version is much more multi-dimensional. Along with this song, Biro’s life sounds like it’s been taking some unexpected turns over the past few years.  You can read more about the journey he’s been on with his music and ‘Passage’ in particular here. 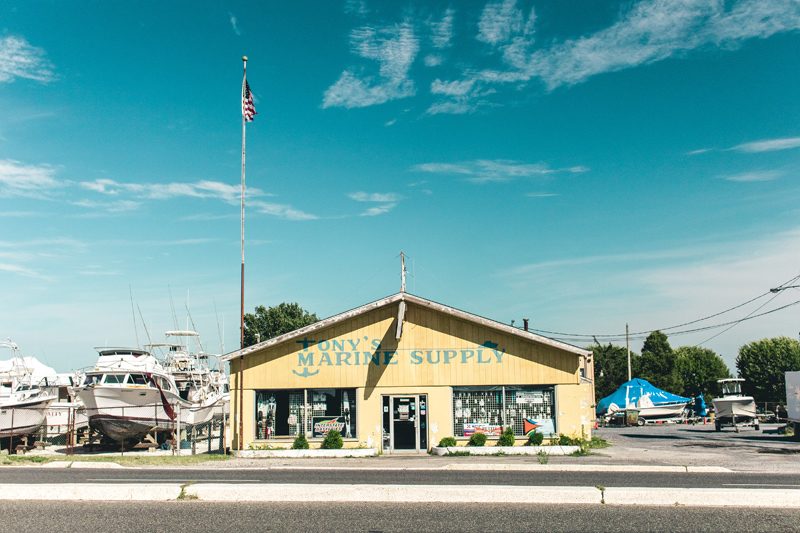 Replaced is an homage to his hometown of Cape May.  But not the Victorian downtown that we all know about and you see on postcards.  This is the local’s Cape May.  The album will come with a digital photo booklet and two extra b-side tracks if you pre-order now.  Biro was nice enough to share some of the photos with us for this article.  I think his photography perfectly matches his relaxed but deeply intense music.  I imagine a beautiful sunny day when I listen to the 55 tracks (not kidding) that I keep on my phone and his photography shows exactly that. 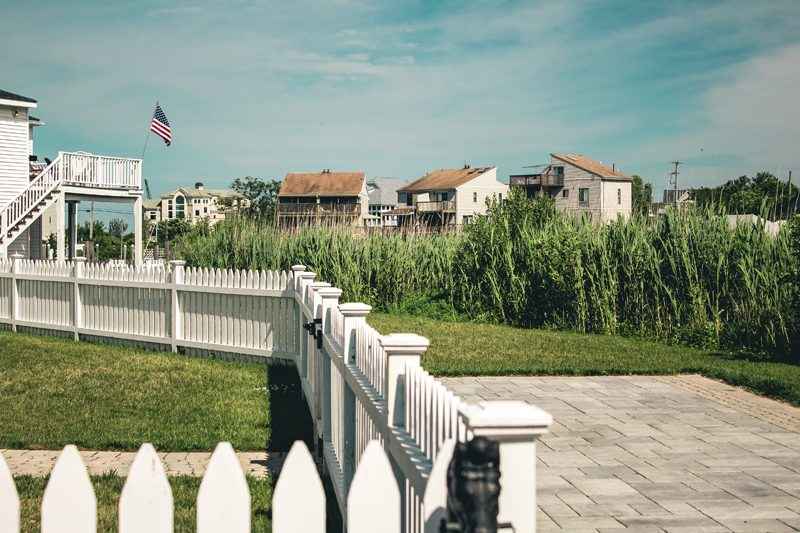 They’re not all sunny, though.  There are some beautiful evening shots, too. 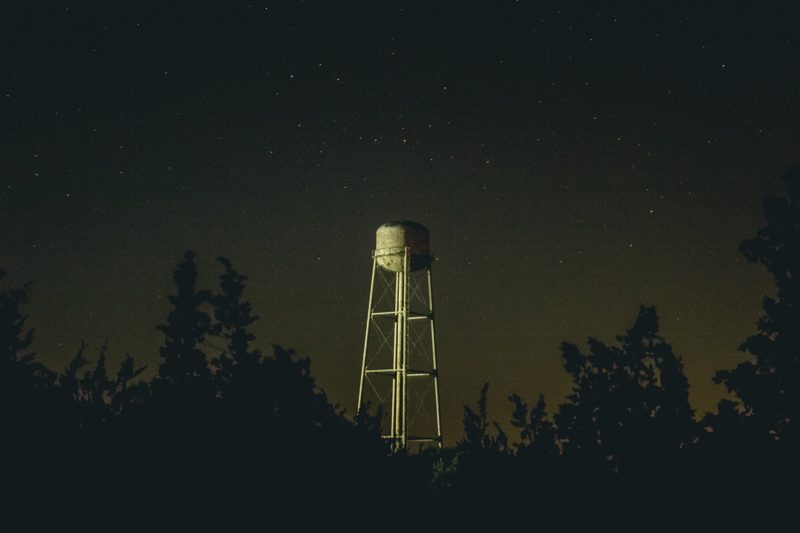 One of the ways that I search for new music from New Jersey musicians is by clicking on the New Jersey tag in Bandcamp and seeing what I find.  It’s kind of a music lottery system to find new artists that I might not catch onto otherwise. This is how I stumbled across Birocratic several years ago.  Since I’ve been following him and enjoying his music, he has regularly made appearances on Bandcamp’s lists of the best-selling artists in both the hip hop and New Jersey categories.  That’s an amazing feat considering how many artists are on the site.  If you spend time watching Buzzfeed videos, you may also recognize his music from there.  I finally caught up with him for an interview in these few weeks before this new EP release. 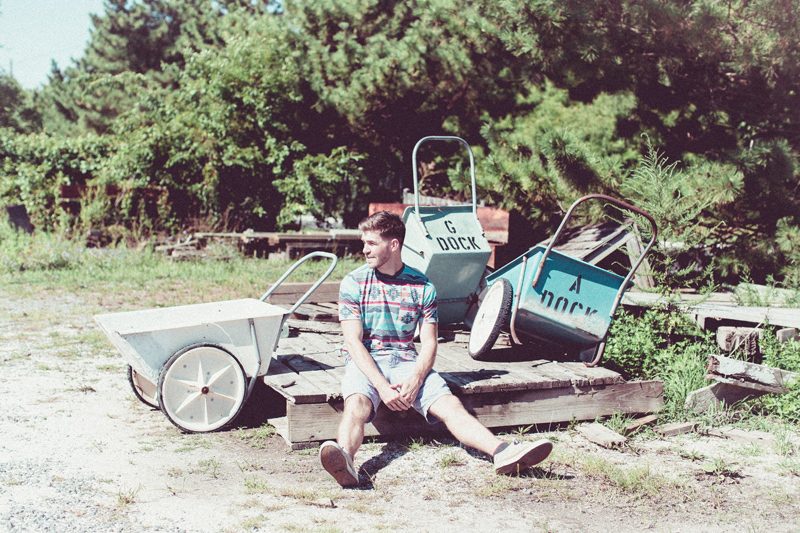 How did you get started making music?

The inception was what every four year old hates, which is piano lessons. But i stuck with them for years, and learned several different instruments in my teens – which led me to recording my band in high school for fun. It became serious when I bought my first laptop and expanded into electronic production because it was thrilling to explore making music entirely on my own.

We found you through Bandcamp.com and you’re very highly ranked on their best-seller lists for both New Jersey and Hip-Hop.  How important is Bandcamp for you and what are other ways that fans are finding you?

Bandcamp’s huge. It’s the primary way I make money from music. It’s the independent artist’s best friend when it comes to retail—they have a strong DIY approach and fantastic support. There are a few ways they can improve, of course, but I owe them a lot, for discovery and income especially. Mostly, people have found my music through YouTubers who use my tunes in the background of their videos, which I let them do for free (after downloading the music). It’s an amazing system because it gets me a lot of exposure, which leads to sales, and converts listeners into fans. Having the endorsement of high-profile vloggers and channels is important because their fan bases are dedicated – so that advertising functions like word-of-mouth in its potency.

Your new album sounds like it’s a love letter to the hidden Cape May that you know and not the tourist areas that most people know.  What makes the unseen parts so special to you?

That’s a great way of putting it. I’ve just been here for so many years, and I get bored easily – I’m not wildly social—and I’m naturally attracted to negative space. I milk inspiration out of my loneliness by exploring every square inch of this island. Part of it is that I want to feel a unique connection to my surroundings, one that no one else has, and you simply can’t find that in town when you’re literally among thousands of transient vacationers. I need my alone time and my hiding places, so I had to find them myself. This album is dedicated to those places.

What brought you back to New Jersey and why was it so powerful an influence this time?

Post-college financial stabilization. My family lives here full-time now, which is lovely, but it’s not entirely a voluntary choice to be here. That contributes to the loneliness and longing—this town isn’t where I belong. It’s a stop on the way, sure, and it’s just as valuable as any other time I have. Like anything, I just want to make the most of it, and I now feel that I have.

Sampling has always been a big part of your sound. What what was it like creating ‘Replaced’ without samples?

Tiring, laborious… and infinitely more rewarding. Owning every aspect of a song is just such a different flavor than flipping a sample. I really took my time with this music (I started it three years ago), and I wanted to make my introduction to through-composed music as thoughtful and deliberate as possible. I’m very confident about the finished project; it’s borderline electronic jazz. It’s the most musically intense 17 minutes I’ve ever brought into reality.

You recently went to Ann Arbor, MI for a live performance.  Are live shows something that you’re planning to do more often?

Of course! And I get asked that all the time. My situation is just prohibitive at the moment. Living hours away from the nearest city, working full-time outside of music, those things just don’t make touring possible. That’s why I’m moving back to NYC soon. Once I establish a better base of operations somewhere that there’s a market, I can keep playing live.
Your photography style fits perfectly with your music.  What got you started taking pictures?
Thanks! Owning a smartphone with cool editing apps and being bored, really. And my visual and musical inspiration have the same source. In fact, all the art I make originates from the same wellspring of emotion, so it all expands outwards in concert, even across different forms of media. The goal is to unfailingly express my core self with whatever tools I have handy.
Give us five words to describe your music to a new listener.
Densely colorful, rhythmically experimental electro-jazz. Does that count as 5?
***********
Pre-order Replaced now and don’t forget to explore Birocratic’s back catalog while you’re on Bandcamp, too.

Pin It
Previous post:
Guess Where? Next Post:
How Long Will It Take Me: Alright Junior Supports the Court