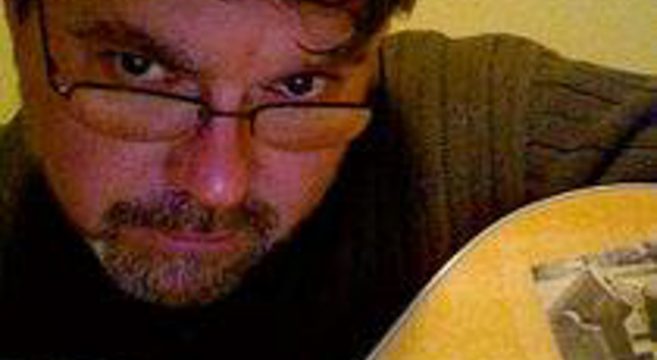 Dumont musician Joe Merklee and his band Damfino released an emotional powerhouse of an album last year with Crossed Eyes and Mixed Motives. Merklee recently went through a divorce and this was the outpouring that followed. As he worked through his emotions a ray of light started to appear. Hence the follow-up EP Disembodied Smile. This album set out to celebrate the pure joy there is in just making great music. He and musician Joel Bachrach succeeded.

What is next for Damfino? This Friday they will release two songs as a digital single. “Twenty Two Months” is a cover of a previously unreleased Guy Capecelatro song. It is a breezy pop number that is sure to bring a smile to your face. The folk touches of “If You Want Me” are a nice touch to this slower number that ends in an electric guitar swirl. Both were produced by Oliver Ignatius at Mama Coco’s Funky Kitchen in Brooklyn. The new songs feature new bassist Alex Bachrach and drummer Zac Coe of The All-About. The hope is to get an album out by the end of the year.

This is my list as of right now. It fluctuates continually. I’ve also omitted anything by the Kinks or the Beatles as I couldn’t choose just one. Now read on..

More than any other album, this is the one that I keep coming back to. There’s so much to take in- gorgeous melodies, unsettling arrangements,, lyrics that range from straightforward to oblique, beautiful woodwind and string parts. I could ramble on about the arrangement of “Kangaroo” for pages. I’ve been drawn to this music when I was at my highest and at my lowest. When I was a courtin’, I serensded my intended with, “Blue Moon”. She married me. Years later when she left me, damfino recorded our own version of “Holocaust”.

Carla Bozulich is a hero and one of the most strikingly original artists out there. That’s never more apparent than on this powerful, raw and passionate album. The first time I listened to it, I had an out of body experience (and I don’t do drugs). I can’t do it justice in a couple of paragraphs. Do me a favor and listen to it for yourself, Give it your undivided attention- preferably under headphones in a dimly lit room then come back and tell me that it didn’t transport you to a place you’ve never been to before, showing you parts of yourself that you didn’t know existed. 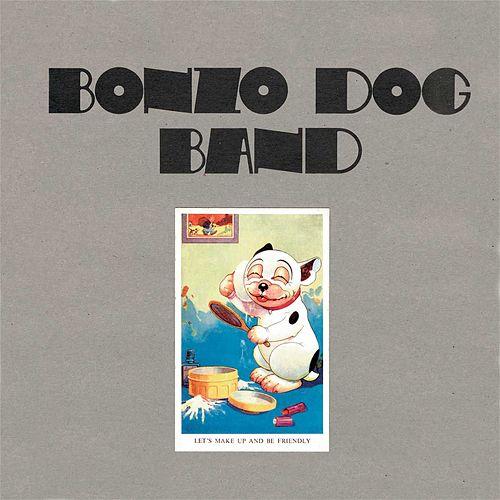 Bonzo Dog Band – Let’s Make Up and Be Friendly

It’s funny to consider that an album that the band looked at as little more than a contractual obligation would have such a strong impact on me but it did. When I first heard it as an adolescent it was so striking that it altered how I looked at the world. There was a lot to like about the group- Neil Innes was a gifted composer and satirist, Roger Ruskin Spear was a mad scientist of sound, “Legs” Larry Smith was charming as hell but what set them apart was Vivian Stanshall. I’m not joking when I say that he was as brilliant a writer as I’ve heard, By turns hysterically funny, keenly insightful and maddeningly offensive, you simply never knew what he’d do next AND HE WAS CAPABLE OF ANYTHING! “The Strain” is as good a song as you are likely to hear on the subject of constipation. “Straight From My Heart” will tug at your heartstrings while making you laugh,. The character of Sir Henry, who would serve Stanshall so well in subsequent years makes his first appearance here and “Slush” is one of a handful of songs I wouldn’t mind being played at my funeral.

Decades ago, I stood in the audience of a Chills show feeling that I wanted to be Martin Phillipps when I grew up. Seeing them recently in support of their great new album Silver Bullets, I can report that my feelings haven’t changed. The Chills have always struck a chord with me and Soft Bomb is my favorite. It’s a dizzyingly diverse array of songs from the pure pop heaven of “Double Summer” to the brooding “Background Affair” to the Van Dyke Parks arranged,”Water Wolves” they cover a staggering amount of territory. Soft Bomb is a tour de force from one of our finest writers.

I can’t think of a single Verlaines album that grabbed me right away but it speaks to their merits that they have a half dozen that I count among my favorites and continue to listen to 20 years later. Graeme Doenes’ composition and propulsive rhythm guitar work are major influences. I love how nearly every song on here, regardless of how it begins, ends with the band getting worked into a frenzy. Strings, keyboards,, oboe, flugelhorn and harmonica add to the usual guitar/bass/ drums onslaught on this masterfully constructed album.

Where to begin? The stellar songwriting duo of Chris Stamey and Peter Holsapple, the freakishly creative rhythm section of Will Rigby and Gene Holder,songs that sound like hits, soaring melodies, gorgeous harmonies, great arrangements. I love the little details here- the crickets in “Happenstance”, the way the guitar sounds like it’s crying when Stamey sings, “Here come those tears again” in “In Spain”. There’s so much to love here. Young pop bands would do well to go to school on this album. Thoughtful, memorable pop music doesn’t get any better. 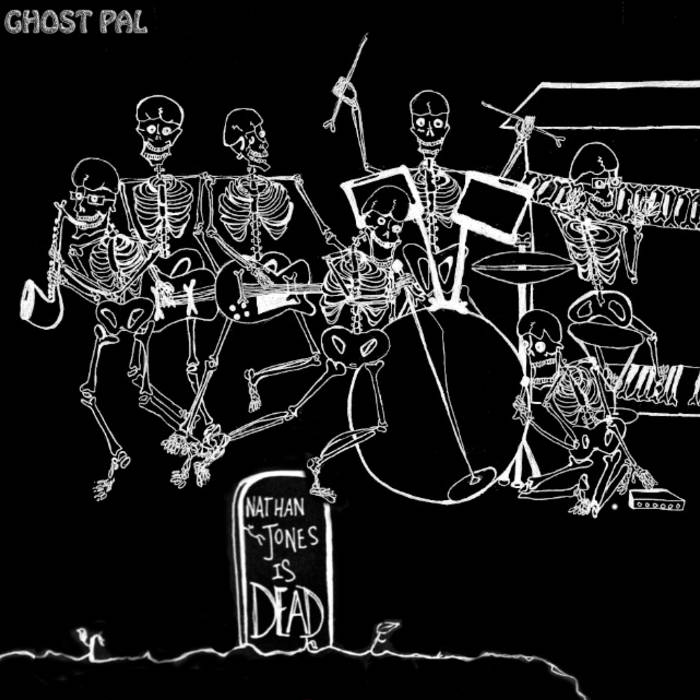 I was first introduced to Oliver Ignatius in a cemetery in Jersey City (Thanks, Jim!).Little could I have known that I was also getting introduced to the Mama Coco’s Funky Kitchen family that’s sprung up out of Oliver’s studio.- a wonderfully creative and supportive place that’s become our home away from home. Oliver’s Ghostpal were the flagship band of the collective- their shows taking on the feel of spiritual events, bringing people together and raising them up. Their Nathan Jones is Dead is a stunningly conceived and executed cycle of songs about death, redemption and the power of music. It was the best thing I’d heard in ages.

The Go-Betweens are one of the bands that made me want to write songs. Their songs grabbed me and fired the imagination. The high point of an impressive catalog is the beautiful 16 Lovers Lane. The songwriting duo of Grant McLennan and Robert Forster are at the height of their powers here. Songs like, “Quiet Heart”, “Clouds” and “Dive for your Memory” are among the most compelling they’ve ever done. The playing is impeccable throughout and the sound as sharp and bright as a Brisbane afternoon. Opening up for these guys when they were touring in support of this album is one of my fondest musical memories.

I’ve long admired writers who are capable of both making you laugh and breaking your heart. Guy Capecelatro lll is a member in good standing of that club.For decades, the singer/songwriter has quietly put together an impressive body of work. North for the Winter is as good an introduction as any. I’m not sure what I find more impressive about Guy’s lyrics- what he puts into them or what he leaves out. Certainly there’s a truckload of implied menace in the line,”Out from the unlit bathroom came her slack jawed pimp Ernie”. He doesn’t spell out what happens next, he doesn’t have to, you know it isn’t good. Whether weaving a story beautifully over 4 or 5 minutes or distilling it into an intense 30 second snapshot, Guy Capecelatro has few peers. 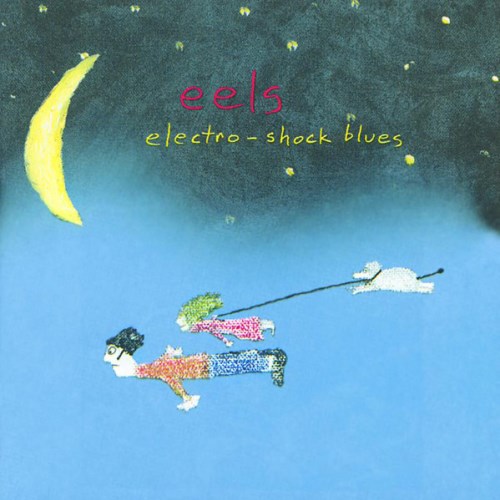 There are many things about this album that made a big impression on me-how raw and honest the writing was, the use of mellotron and baritone guitar and the power of song sequencing on an album. (I’ve since found sequencing an album to be one of life’s great joys). If you take the album closer,”P.S.,You Rock My World” off of the album and listen to it on it’s own, your response would likely be something like,”Hey, that’s a really good song”. Hearing it in it’s place at the end of the album, it’s hard to imagine anyone with a heart not being moved to tears given everything that preceded it.

Among the albums that could have made the list –

Badfinger – Wish You Were Here

The Zombies – Odessey and Oracle

Roy Harper – When an Old Cricketer Leaves the Crease

Pin It
Previous post:
The Corner, Montclair – Review Next Post:
Behind the Great Falls of Paterson – When They Turn Off the Water