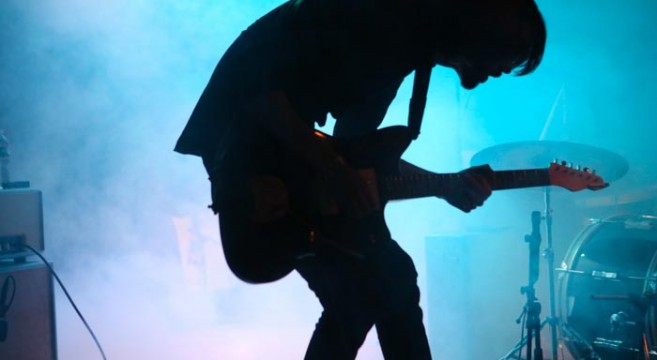 Come join us to celebrate funk and soul band Des & The Swagmatics EP Release Party to kickoff your Labor Day weekend right! Joining them will be Chris Rockwell as the MC, popular locals dollys, Mad Feather Group and the Morgan Freemasons! Doors are at 7PM with a $10 ticket.

Combining American and English influences, The Brixton Riot fuses elements of 70’s power-pop and punk, 80’s jangle-rock and 90’s indie rock into a sound that is both familiar and distinct. The Replacements, Big Star and The Jam represent only a small fraction of the Brixton Riot’s influences.
The Vigilante Cowboys are a unique band, comprised of veteran musicians with a wide field of styles, talents and skills. From NYC to the Jersey Shore the Cowboys have opened for national acts, played outdoor festivals, benefits, bars and clubs.
In an era of television music idols, internet video sensations and interchangeable indie bands that are about as edgy as a pair of mom jeans, Lost Romance harkens back to an earlier, simpler time. With a plug in and play brash rock sound that is just as home with the likes of The Replacements, Husker Du and The Lemonheads as it does with Nirvana, Buffalo Tom and fellow New Brunswick, NJ natives The Smithereens and The Gaslight Anthem.
Dentist comes from the oceanfront urban landscape of Asbury Park, New Jersey. Their sound combines the freedom of the beach atmosphere and the urgency of the city into a fuzzed out, surf punk-tinged brand of indie pop with hooks and infectious melodies to spare. The ethereal vocals of Emily Bornemann are countered by the sometimes aggressive, but always addictive sounds of the rest of the band. In addition to Emily on rhythm guitar, those sounds are generated by Justin Bornemann (guitar), Nick Kaelblein (bass), and Rudy Meier (drums).
Open by: 6pm, Show: 9pm, $10 cover

Saturday, September 3rd at 7pm, Gold Sounds, Brooklyn
Coming soon to a sticky summery Saturday night near you. We’re starting at 7, and wrapping by 11, so get here early.
Mac Sabbath

Titus Andronicus – In July of 2005, the rock band Titus Andronicus made their first live appearance, performing for a few friends in an unfinished basement. The ensuing decade would see nearly 800 shows, 18 members, and the release of three full-length albums and 14 7-inches, as the group rose from their obscure beginnings in the tri-state DIY scene to the heights of international “indie stardom,” only to (nearly?) throw it all away in a vicious cycle of depression and decadence. The culmination of that ten-year journey is The Most Lamentable Tragedy.
The Most Lamentable Tragedy [hereafter TMLT] is the fourth studio album by Titus Andronicus [hereafter +@] and the band’s debut for Merge Records. A rock opera in five acts, it will see release on the 28th of July 2015 as a digital download, double CD, and triple vinyl LP. “[In July 2005] I turned 20 years old—I started the band and closed the door on my teenage years,” says singer/songwriter Patrick Stickles, “and on July 28th this year, I’m turning 30. Putting out this record is my way of closing the door on my twenties—sharing what I have learned, sorrowing what I learned too late.”