You Don’t Know Jersey is thrilled to premiere Ken De Poto’s outstanding debut solo record Bad Man. The Clifton native has created an engaging piece of work that just gets better and better with each listen. The first thing that struck me was how diverse the album is. I was literally blown away by the range of musical styles he manages to display. What makes it even more impressive is that he recorded every instrument himself. Previously with bands such as They Had Faces Then and France he decided to try to create a record totally on his own. With that goal, Bad Man is a considerable success. 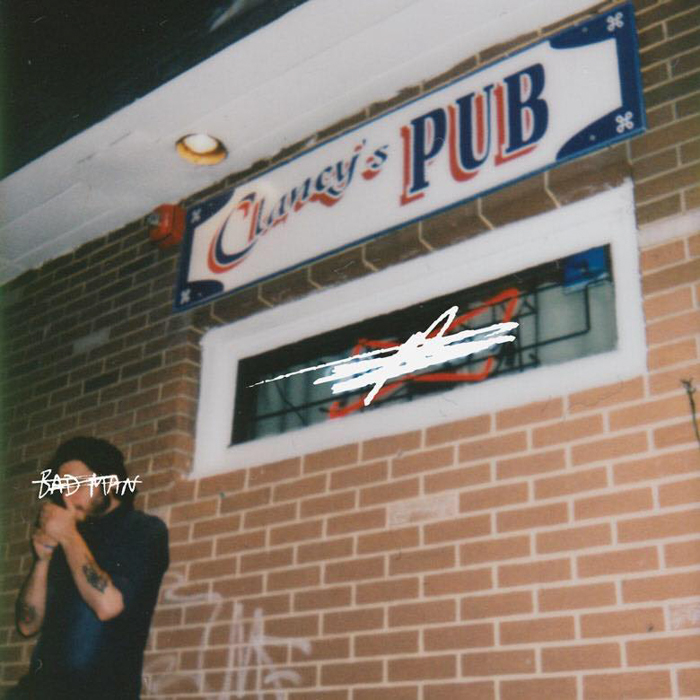 The album gets off to a bluesy start with “Lady” which showcases De Poto’s notable guitar skills with both the subtle notes during the verse and the multi-tracked blaze of sound at the end. The song has a White Stripes vibe and the fuzzy vocals and background female voice are nice touches.

One of the album’s highlights is the gorgeous, dreamy “Why Can’t I Wake Up Next to You.” The slower paced song with its drowsy horns and echoey voice is a perfect reflection of loss and longing. The song would fit well on a David Lynch soundtrack. “You came to me like some fucked up fever dream” is one of the best lyrics of the year.

Some of the range I mentioned is reflected in tracks like the Band Of Horses sounding “I’ve Been A Fool” which has touches of folk and 70s rock, the short punk tune “Devil Drove Me To It” and the acoustic, emotional rawness of “Free.” The vocal effects are quite interesting on “Vultures” as are the drum machine rat-a-tats. “Never mine, you were never mine anyway” are some devastating words.

Closer “Sleep” is a rocker that finds the singer restlessly examining his life and wondering when he will find peace. He pleads “I’m alright, I’m alright I swear I’m doing fine” but we wonder who he is trying to convince.

This is an amazing debut record by a talented singer/songwriter. It bears repeating the De Poto played all the instruments. On first listen the record may seem to come forth from a dark place but there is hope in the music.

De Poto will be celebrating the release of Bad Man at the North Jersey Indie Rock Festival on September 10th in Jersey City. We will be there and you should as well.

Bad Man is out tomorrow September 2nd on Sniffling Indie Kids and the full stream is below.