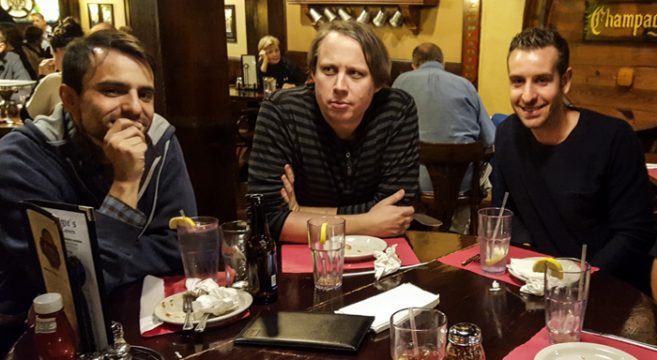 October is National Pizza Month and we are taking bands out for pizza to talk about their music and whatever else is on their minds.  They get to choose the place and it’s normally a place that means something to them.

We were set to try Mainline Pizza in Little Falls with Bloomfield band, Pioneer the Eel, so we could chat with them about their show at Tierney’s Tavern in Montclair on Saturday the 8th.    Drummer Wayne has fond memories of their pizza from his childhood in Little Falls.  Unfortunately, it’s mostly a take out place and there wasn’t room for the three guys from PTE plus the YDKJ crew to all sit together. So, we told them that we had a good time at Maggie’s across the street with Adam Bird recently and that there was plenty of seating. So, we all drove across the street and enjoyed some bar pies at Maggie’s again.

What other Bloomfield bands can we take to Maggie’s?  It’s becoming a tradition. 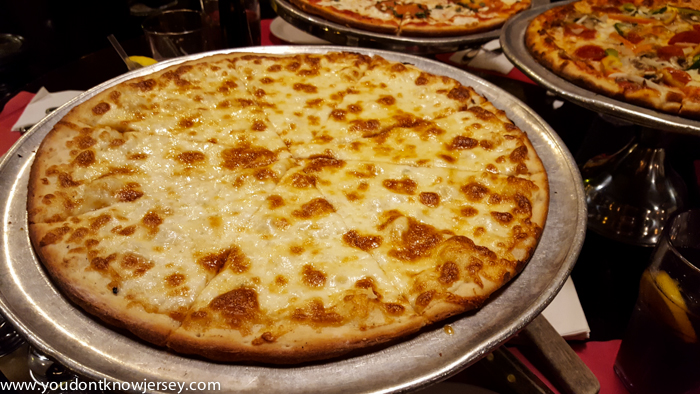 Not wanting to have exactly the same pizza as we had with Adam and to accommodate some dietary needs, we ordered a white pizza. It was fantastic.  The pie had a good amount of cheese but not overloaded with it and the crust stayed nice and crisp because there was no tomato sauce. 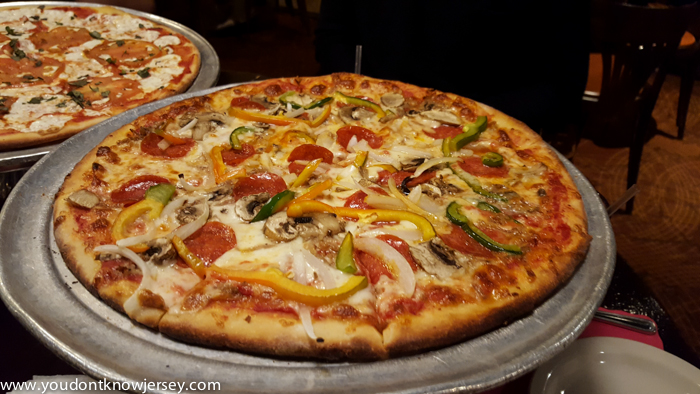 Next we ordered the Tavern Special which came with sausage, onions, pepperoni, bell peppers and mushrooms. Just like the Vegetarian pie that we got at our last visit, I thought the amount of toppings on this pizza was perfectly portioned.  You could taste each different topping without having so many in each bite that the taste was muddled.  They really know what they’re doing with bar pies at Maggie’s! 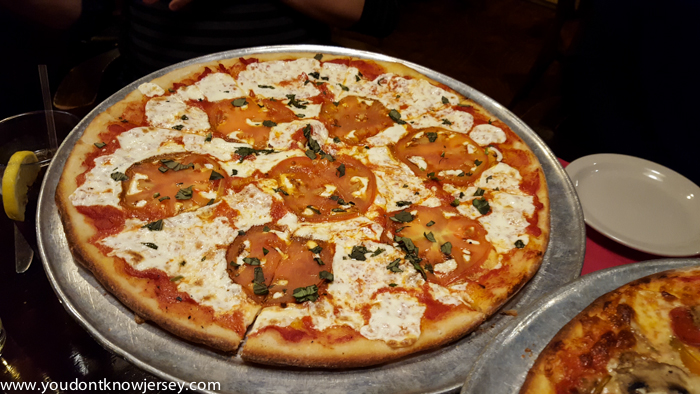 The only pie that was a duplicate order from our first visit was the Margherita pizza.  Fresh mozzarella, tomato slices and basil made this pretty irresistible on our second visit.

While we ate, we talked to the band about their distinct sound and its origins. All three members of the band had played in other bands together prior to forming Pioneer the Eel and they knew they had a great chemistry together. Wayne said that he tends to come up with the names of songs and likes to try out all kinds of new sounds and see where it takes him musically.  Once there’s a basis of a song, guitarist Craig and Vic, on vocals, fill in the rest of the song.  I really enjoyed hearing about their musical process since this band’s music is so unique.  We were also very interested in hearing that the band is already experimenting with different music and moving away from the reverb-heavy ethereal music of the first album.  Can’t wait to hear where all this experimentation will take them! 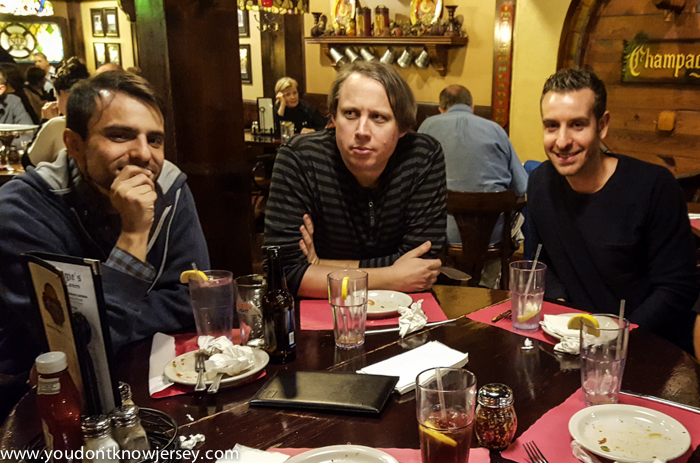 We talked about booking their own shows to support the new album. They’ve been playing pretty regularly around Northern New Jersey and down into Asbury Park and New Brunswick.  They’re very excited about their debut show at Tierney’s Tavern this Saturday.  90.5 TheNight.org Brookdale Public Radio is holding a special showcase for three of their featured artists with new and old sounds of Psychedelic/Indie Rock. The bands are all from New Jersey: Pioneer the Eel, Framing Dakota and Beatrix Potter.

Talking about New Jersey bands brought us onto the topic of the current state of alternative music. We all agreed that what national radio calls Alternative is pretty substandard. None of us can understand why there’s so much great music out there and the stuff that makes it to the nation’s radio is such a tiny sliver and not the best sliver, either.  We also talked about lengthy Springsteen-esque concerts from other classic rock groups that we’d like to see.  Radiohead and The Cure came up as bands who could play for up to six hours and none of us would complain. This was then followed by a discussion about what bands should reunite and how much we’d be willing to pay to attend those shows.  The Smiths and Talking Heads were agreed upon as the most desired shows but also the most unlikely reunions to happen.

Join us in Montclair to see Pioneer the Eel this weekend.  It’s going to be a killer show and it’s supposed to rain all weekend so let’s all meet up at Tierney’s, have some of Montclair’s best burgers and see some incredible NJ music!