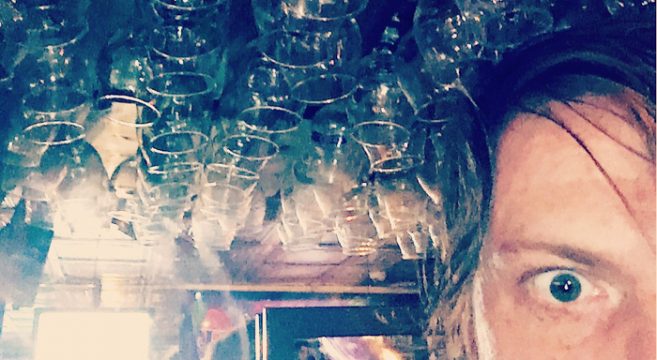 The social experiment is back on! Adam Bird, AKA A Bird and formerly of Those Mockingbirds, used to have a Tumblr where he would go down his list of phone contacts, call each one out of the blue and just shoot the breeze. I found it totally captivating. Real people having real conversations about the daily ritual that is life. The internet version of cinema verite. That was a few years ago. He never made it through the whole list. We got together a while ago for drinks and I mentioned that I think he should finish and that I would be happy to feature it on You Don’t Know Jersey. I was thrilled that he agreed. 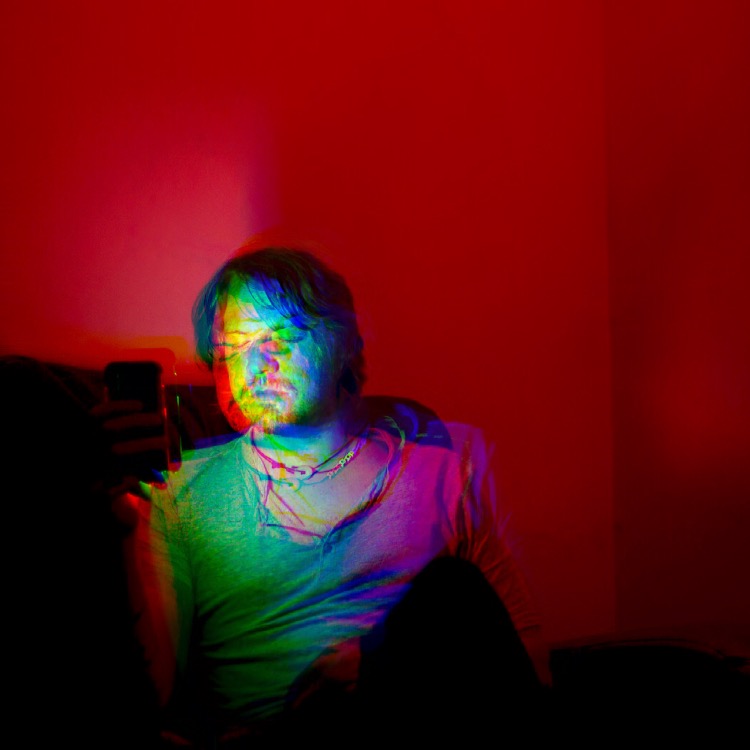 Without further ado here is the first installment of the reboot. – Ed

Jake changed his number unfortunately, which I imagine is going to happen a lot during this process, so I will not be creating entires for them all, just the fun ones. Whoever answered this phone was pretty tired/in a different state of consciousness and extremely confused as to why I was asking for “Jake”. I decided I should explain that Jake probably changed his number as it had been years since I called him last, but this did not clear things up for the guy at all, in fact he was now even more confused, so I decided to cut my losses and wish him a good day, which strangely completely made him go haywire, and I just hung up…

The Last Time We Spoke: Daniel and his band Echolab were the neighbors of my old band, Those Mockingbirds, at our rehearsal studio. We saw each other regularly for about 2 years and then, admittedly I hadn’t stayed in touch after Those Mockingbirds broke up in February and we left the studio. However, Daniel surprised me and dropped in at Stosh’s (the bar I work at, in Fair Lawn NJ, which will definitely be the setting of many of these entires going forward) to pay me a quick visit. We briefly caught up on a few things, mostly how the recording of each of our albums were going.

When I Called Today: I called Daniel and asked what he was up to, to which he replied that he was sitting on the porch with a salad, so I took the lame road and asked if he was eating the salad, or if it was sitting in its own chair next to him, enjoying the afternoon as well. Ugh. Why do I think these kinds of jokes are funny? Anyway, Daniel was enjoying the salad but musing to me that he was craving bubble tea, so I plugged Mitsuwa, in Edgewater NJ, to him VERY hard. He had never been, and for those who don’t know, Mitsuwa is a super market, but its contents would lead you to believe it was located in the suburbs of Tokyo (thank you Anthony Bourdain for that description), and it also boasts a number of on site mini restaurants, including a Bubble Tea stand, where I first experienced the wonder of that weird beverage. Anyway, all of this led Daniel to invite me out on a friend date to Koreatown for kimchi soup… I agreed, and assume he’s paying.

The Last Time We Spoke: If I attempted to be accurate about the when and what regarding my last conversation with Dave, it would be like playing darts, in the dark, for money.

When I Called Today: When Dave answered, I instantly remembered how politely he speaks. Dave was certainly confused as to why I was calling, and I couldn’t help but wonder during those few moments if he was currently contemplating if I was insane or not for calling him for the first time in  years. Oh well. Dave was hanging out with his girlfriend, and I extended my hello to her, even though I didn’t even ask her name (I can be unintentionally rude like this sometimes) and then I finally got to asking Dave a question that has been on my mind since I first met him 15 years ago, and found out that he worked at a “horse bandage factory”. I kid you not, this was mostly all I knew about Dave’s personal life for a very long time, and I had no idea what it meant. Regardless of basic logic, I pictured in my head giant band aids, either for horses to wear when injured, or for people who needed very large band aids, though if i ever gave that theory more than 3 seconds of thought, I could have come to the conclusion that the human race has a neat invention called “stitches” for when cuts are horse sized. Anyway, I asked him, and Dave told me they’re just supports for the horses legs when they run. That’s it. Simple, easy answer, makes complete sense, and I could’ve had this information ages ago.The more you know… 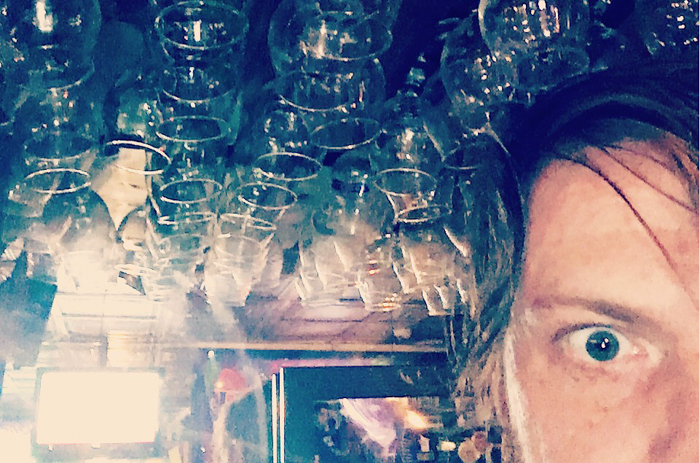 The Last Time We Spoke: Ashley texted me in June to tell me that she was at the new Detroit location of Third Man Records, which was started by a musician I truly love, Jack White, and that I should keep an eye on my mailbox because she was sending me a trinket from her visit.

When I Called Today: Ashley had been relaxing that day, because she had just gone ATV-ing on sand dunes in Silver Lake, Michigan and had a great time. With that said, Ashley is a worrier, and told me that during the day, she was very concerned about the ATV flipping, which I sort of cut in to and said “oh yea that would be something I would think too”, to which she replied “no hold on, thats not even the entire concern I had” and she proceeds to finish the sentence I interrupted with a truly lush, and well thought out description of her ATV flipping, pinning her under it, and the weight of it pushing her into the sand dune to the point that she was buried alive and that no one would find her. My initial reaction was to try to explain to her why that wouldn’t happen for a few reasons, but I stopped myself when I remembered not to mess with an artist while they create, and I swear, Ashley has truly turned worrying about low probability things into an art form. I do it too, just not as gracefully, so I shared a story with Ashley about how Emily and I just went rafting down the Delaware River and I was very concerned about hitting my knees on rocks, when I got out to swim next to the raft, and being pulled under water by whirlpools. Her story was better.

The Last Time We Spoke: Louie is dating my old roommate, Jarred, and we became good buds during the past year. Unfortunately, I haven’t spoken to Louie since Jarred left to move in with Louie this past spring.

When I Called Today: So, Jarred actually called me because he got some bullshit in the mail and for a reason I can’t remember, I somehow had an answer to a question he had about it. Since Louie and I had been playing phone tag, I asked Jarred if he was with him, and it was my lucky day, because the next thing I know, I’m talking to good old Louie. First order of business was me asking Louie about his voicemail prompt, which features a secretary. I don’t mean like, you hand your phone over to your friend so they can say something that won’t be funny in 24 hours, I mean an honest to god professional secretary! Well, as it turns out I am either easily impressed, simple minded, or both, because Louie told me that he had his friend do it for him due to the business he runs with his dad, and he thought it would sound more pro. He was right, I am buying what he’s selling, and I’m pretty sure its lawn care. My god do I need it. Anyway, the conversation moved on to us talking about our cats, who were best friends when we lived together, and just like anything about cats that isn’t a cute picture, you’ll be bored by this part of the conversation, so if anything you may find amusing happens when we set them up on their play date, I’ll document it for this blog.

The Last Time We Spoke: I should preface this with the fact that JJ Jones is not her real name, its Jessica, and neither she or I could remember the last time we actually spoke, but agreed that it had to be at least 4 or so years ago.

When I Called Today: JJ Jones was preparing dinner and kindly took a moment out of her cooking to update me on her life. While looking for jobs as an art teacher, JJ Jones had been feeling sick for a few weeks, but carried on with life under the assumption that it was something small and normal, because it wasn’t bothering her all that much. JJ Jones was wrong, she had appendicitis, and was treated to some time in the hospital to, I guess, cut out her appendix? I’m pretty sure thats what we in America do with appendicitis. How crazy is that though? In some people, the appendix is literally just a useless sack of garbage. In other lucky people, like JJ Jones, the motherfucker is a fleshy time bomb waiting to just rupture, and cause “severe abdominal pain and possible infections” according to WebMD. Like we really need more shit to worry about in life, I can’t even keep up with dentist visits but maybe one day I’ll just BOOM be totally screwed and my abdomen will decide to turn into the thunder dome. UGH. Anyway, JJ Jones is feeling much better now, in case you were wondering. 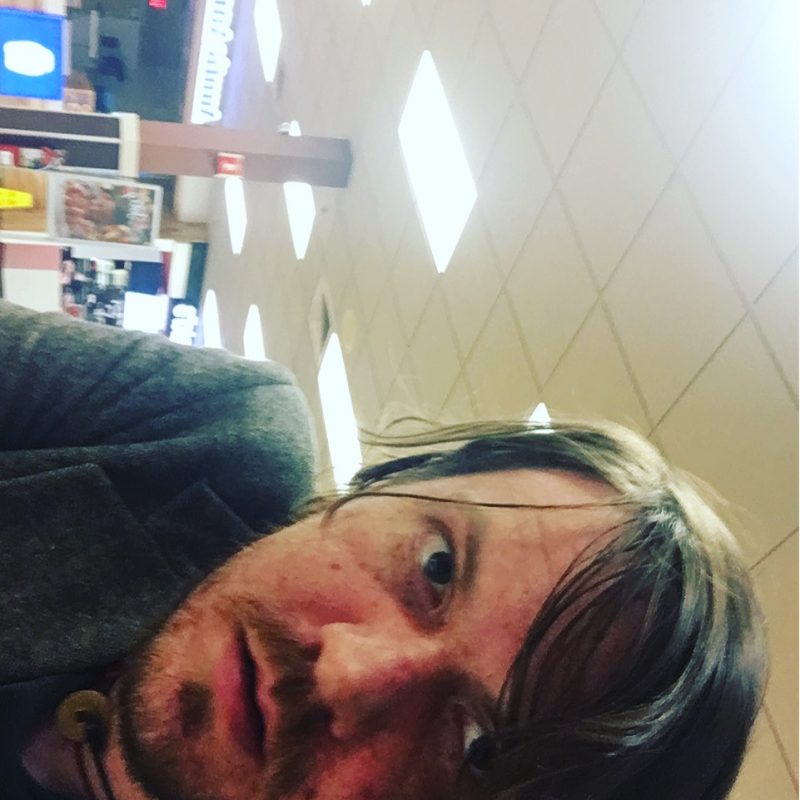 about the author: Adam Bird