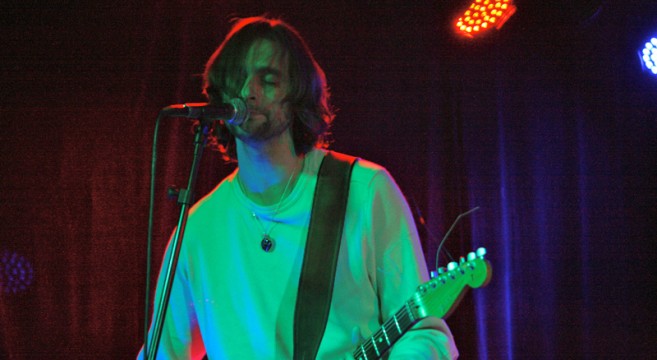 I have always been fascinated by what musicians listen to when they aren’t creating their own music. What music inspires them, what albums they return to again and again—their “desert island” discs. With this in mind I decided to ask some of my favorite New Jersey musicians to name their top 10 favorite albums of all time. Not the albums that they think are “important,” or that have influenced many other artists or ones of technical merit. I wanted to know their very favorite albums that they love just because the records mean the most to them. 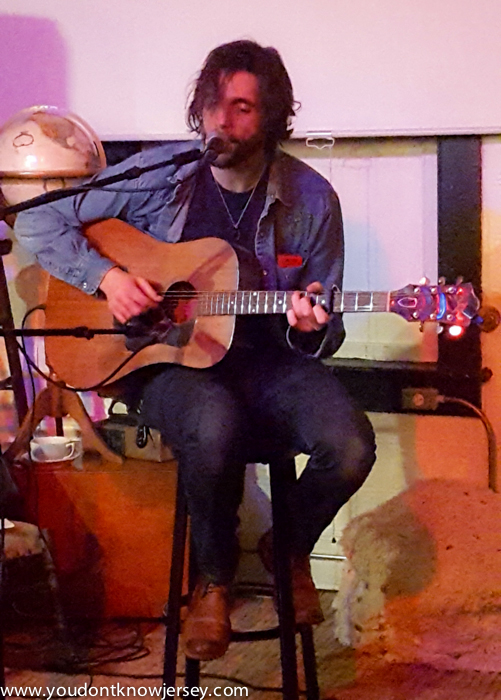 We recently attended an acoustic music night at Scout’s Coffee Bar & Mercantile in High Bridge. Our talented friend Devon Moore of Freehold band Fun While You Wait was on the bill as well as Only Living Boy frontman/guitarist and solo artist Joe Cirotti. We’ve known Cirotti for many years but he still amazes us with his guitar playing mastery every time. I always love watching people unfamiliar with Cirotti see him perform for the first time. It usually goes the way it did that night. Pretty much word for word our friend exclaimed about a minute into Cirotti’s set, “Well, that is just ridiculous.”

We first heard Cirotti as the frontman and guitarist of Hackettstown trio Only Living Boy. Their mix of powerful rock with heavy blues that blended the riffs of Chicago bluesman Muddy Waters with the kick-ass weight of Led Zeppelin hit you right in the teeth. Cirotti is also an amazing solo artist. He released one of our favorite albums of 2014 with the outstanding Mood Swings (And Other Inconsistencies in the Quality of Life. The album is all the more impressive when you factor in that he played all the instruments on the record. Songs like “Parked and Sleeping” and “Drunk Again”—one of my favorite songs ever—are deeply personal and intimate. Last year he released the follow up Reruns which examines love and loss in these trying times.

Take it away Joe;

I’m the type of guy who makes a mix tape starting with Chopin’s Etude op.10 no. 3 in E major, followed by Minor Threat’s “Seeing Red” followed by Joni Mitchell’s “Both Sides Now” followed by Wu Tang Clan “Dog Shit” so narrowing down my eclectic taste to 10 favorite records is pretty much impossible. This is a list of ten albums that I can vividly remember where I was and what I was doing the first time I heard them.  Records that forever changed and altered the kind of music I wanted to make.  There are some of my all time favorite artists that are not on the list like Bob Dylan and The Beatles, because I consider these to be perhaps more influential and life changing albums in my own creative experience.

Although “Fun House” was my introduction to the Stooges, Raw Power is my favorite.  It is just that.  Raw, and powerful.  Coming from slightly snobby musical tastes looking for things like technical prowess and insane guitar solos, this shit blew my mind apart.  The attitude, the delivery, the volume, the unpolished and imperfect production and playing.  Oh yeah and every song on it is bad ass.  The band became one of my favorites and Iggy became one of my heroes.

Favorite Track – “I Need Somebody” 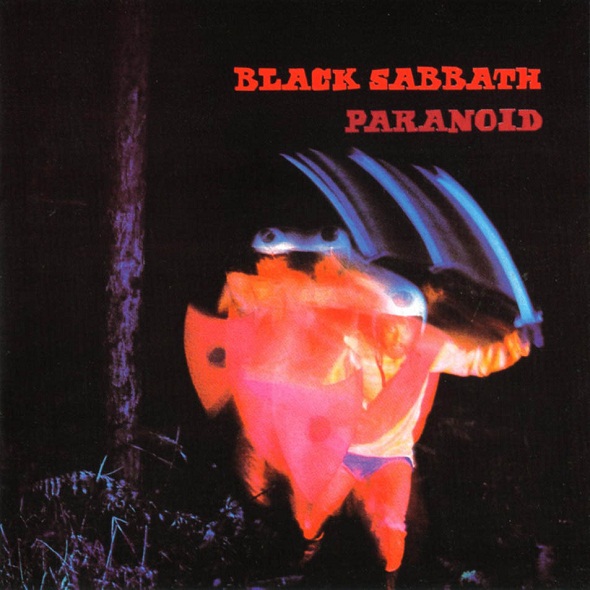 I always loved to play rock and roll, but when I heard this record I wanted to rock harder.  It’s dark and it’s heavy.  I immediately started straying from funk and blues licks and dove head first into riffs and power chords.  It was not “Iron Man” that did it for me.  It was “Electric Funeral”, “Faeries Wear Boots” and “Hand of Doom”.  This one is a must have for all rock lovers, a classic.

With interesting and well crafted chord progressions, beautiful lyrics and melodies, and amazing production,  XO showed me what a singer songwriter can do outside the confines of traditional folk music, yet retaining all of the honesty and authenticity.  Elliot Smith just sounds like Elliot Smith.  I think every artists aim is to create something that looks or sounds unique, something that is recognizably theirs.  Elliot did just that.

I’m kind of a Neil nut.  I remember picking this album up on cassette and falling in love with it.  Having lost my license in my youth, my sister had the wonderful task of driving me to work an hour there and back every day for over a year.  We would listen to this tape all the way through over and over again literally every day in her car.  I can honestly say I never got sick of it although I can’t say the same for my sister.  It’s opening track “Tell Me Why” is one of my favorites to this day, along with “Only Love Can Break Your Heart” and “Oh, Lonesome Me”.  There are so many Neil records I absolutely adore but this one had the most significant and lasting effect on me.

Favorite Track – “Don’t Let It Bring You Down” 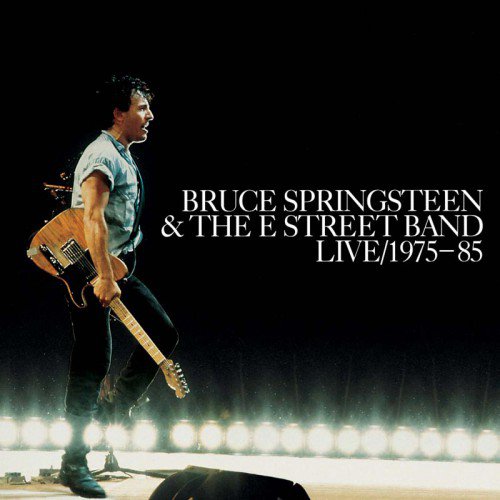 I feel like I’m cheating with this one.  Yes it’s a compilation but a live one and every Bruce fan knows the live stuff is a whole other animal.  I think his studio stuff is brilliant but this was the one that got me hooked for life on the boss.  Even before I was introduced to Bob Dylan, it was “The River” that showed me what a lyrically driven masterpiece was.  It was that song that had me start thinking in rhymes and poetry.  The stripped down version of “Thunder Road” with just the words and a piano is so intimate and powerful.  There is just so much to enjoy with this record.  Although I consider the more recent release “Live at Hammersmith Odeon ’75” to be the band at their absolute best, this is the one that first opened my ears to Bruce Springsteen.

The first Radiohead song I ever heard was “Paranoid Android”.  Maybe it was because I was a teenager, maybe its because I was buzzed up real good, whatever the reason was, when they broke down midway through the song for that slow “rain down from a great height” section  I literally wept.  At the risk of overstating, there was life before Radiohead, and life after Radiohead for me. At least that’s how I felt then.  I absolutely love “The Bends”, “Kid A” and “Hail to the Thief” but the song “Exit Music” alone is enough to put OK Computer on top in my opinion.  I think it is brilliant from start to finish and that is exactly how I would listen to it.

“A Case of You” is in my opinion one of the greatest songs ever written, and that’s just one of the songs on here.

I’m not sure you can find more beautiful singing or gut wrenching honesty than on this record.  My mother played this for me when I was young and it changed my life.  Having it in the house is like sharing my home with a spirit that i’m sometimes afraid to communicate with for the risk of “feeling” too much.  I don’t think I need to say anything more than quote her lyric “songs are like tattoos.”

Favorite Track – “A Case of You” 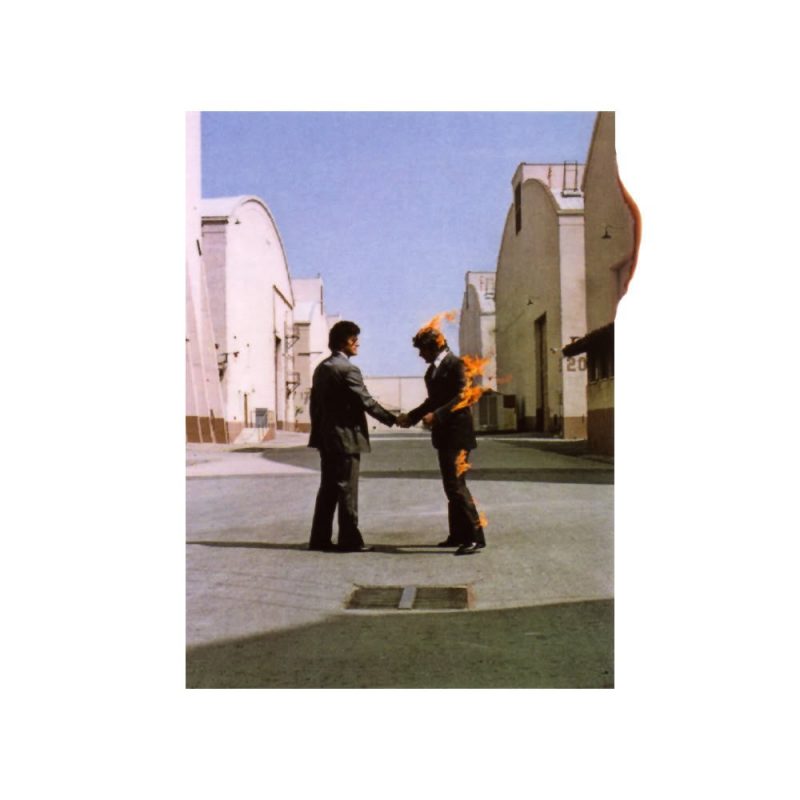 “Meddle” is brilliant.  “Dark Side of the Moon” is brilliant.  “Animals” and “The Wall” are brilliant.  But something about “Wish You Were Here” just speaks to me a tiny bit more.  As someone whose life has revolved around 6 strings, David Gilmore is one of my all time favorite players period. His use of melody and tone on his solos throughout this album blows me away every time I listen.  I mean every note he plays from the opening of the album to where the singing starts is simply perfect.  And then there’s the title track which is undeniably timeless.  Like all of their records this is a front to back listen.

I could easily have titled this entry “Led Zeppelin – EVERY RECORD THEY MADE” but I gotta pick one.  So I went with Zep 4 and it’s not because of “Stairway”.  It’s for songs like “Four Sticks”, “Misty Mountain Top” and “When the Levee Breaks”.  Shit, every song is amazing.  I also love zep’s variety.  Where as so many rock bands deliver “their sound” and only that, Led Zeppelin gives you so much more.  It’s like this band is the potatoes, this other band is the cranberry sauce, and this other band is the vegetables.  But Led mother fucking Zeppelin is the entire thanksgiving dinner.  Delivering hard songs, soft songs, pretty songs, ugly songs, blues songs, folk songs, acoustic songs and dance songs.  Songs rooted in american folk and songs with middle eastern influence.  And then songs that are entirely Zeppelin.  Side note, I love Stairway.  It’s just that it’s like that incredible pumpkin pie I’ve eaten too much of, so I’m gonna pass it up for another turkey leg.

Favorite Track – “When the Levee Breaks” 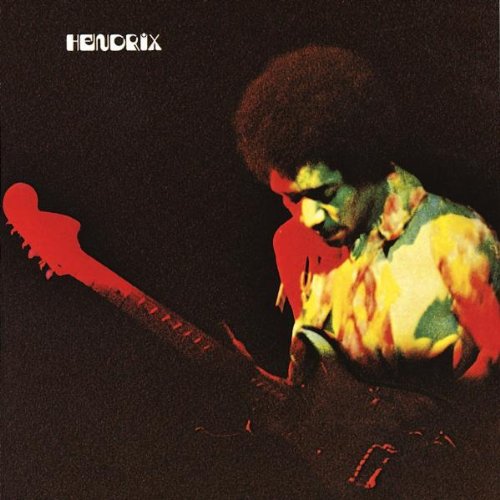 The end all.  The holy grail.  The bible of electric guitar.  This is the single most important record in my life hands down.  I could literally go on for hours but I’ll try and keep it brief.  I remember my dad playing this album for me when I was very young.  I started learning the guitar almost immediately after.  At the time I could give a shit about pretty much anything else.  As time went on I didn’t even care if I sounded like me as long as I could get closer Jimi’s tone and feel on this album.  The stand out track and reason I picked up a guitar is “Machine Gun”.   AKA the single greatest and most prolific showing of a man and his guitar in the whole universe (yes universe).  I have been listening to this song for over 20 years and I still get goosebumps and fits of hysterical laughter.  Not only does it contain the greatest guitar solo ever, but the solo itself contains the single greatest note of all time.  People that have listened to this song will know exactly what I’m talking about if I refer to “THE NOTE”.   I feel exhausted after it’s 12+ minutes of savage, unrelenting genius is through blowing my mind into a million fucking pieces.  There is and will never be anything like it, but that’s just my two cents.