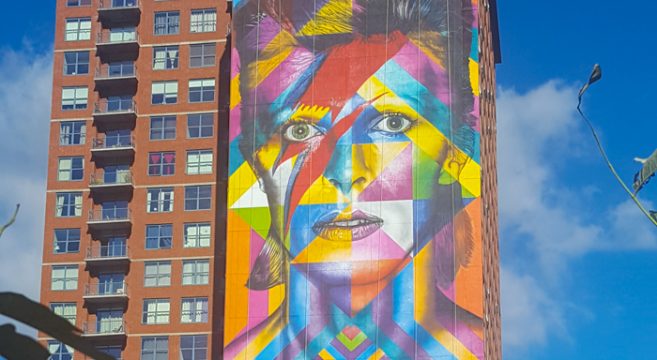 The Advocate, an LGBT magazine, compiled information about a number of things that could indicate how LGBTQ people are influencing their cities all over the country. Based on the indicators they chose this year, they found that Jersey City ranked highest in total number of points awarded for those categories so we win this year’s Queerest City in America 2017!

Each year, the magazine chooses different criteria to give readers a different perspective each year. Cities were given a raw scored which was divided by the total population to provide a ranking per LGBT quotient. This year’s raw scores were based on the number of:

Here’s what the magazine had to say about JC:

Jersey City and not New York? Well, Gotham isn’t getting any cheaper and Jersey City—right across the Hudson River—remains a wonderful alternative to a $2,900 studio. The Garden State’s second-biggest city scored well on numerous aspects of our criteria, including multiple showings of Moonlight and queer B&B hosts opening up their homes to visitors. It also scored 100 on the HRC’s municipal equality index (better than Newark, the state’s biggest city) and youthful mayor Steve Fulop announced the city will offer transgender city employees expanded health care benefits. Instead of tagging along with New York’s Pride festival, nearby Jersey City has hosted its own for the past 17 years. And while New Jersey still owes us an explanation for producing Chris Christie, we can nearly forgive and forget thanks to Cory Book (yes, the senator was mayor of Newark, not JC, but close enough). More on Jersey City here.