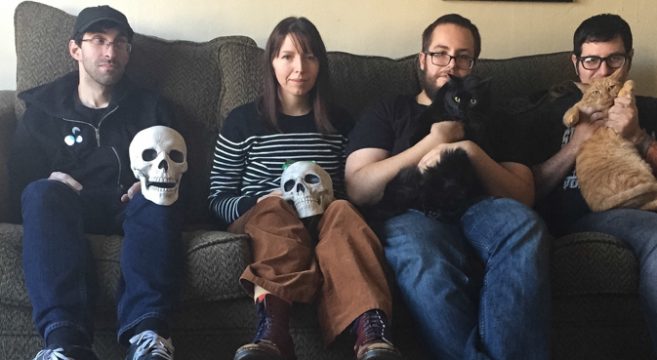 Miranda Taylor has been a member of many great New Jersey bands such as Black Wine and Noun. Last year she recorded a solo EP Neurotic Fantasies under the name Exmaid. It is a wonderful album of post punk and psych rock with a traditional folk song thrown in for good measure. 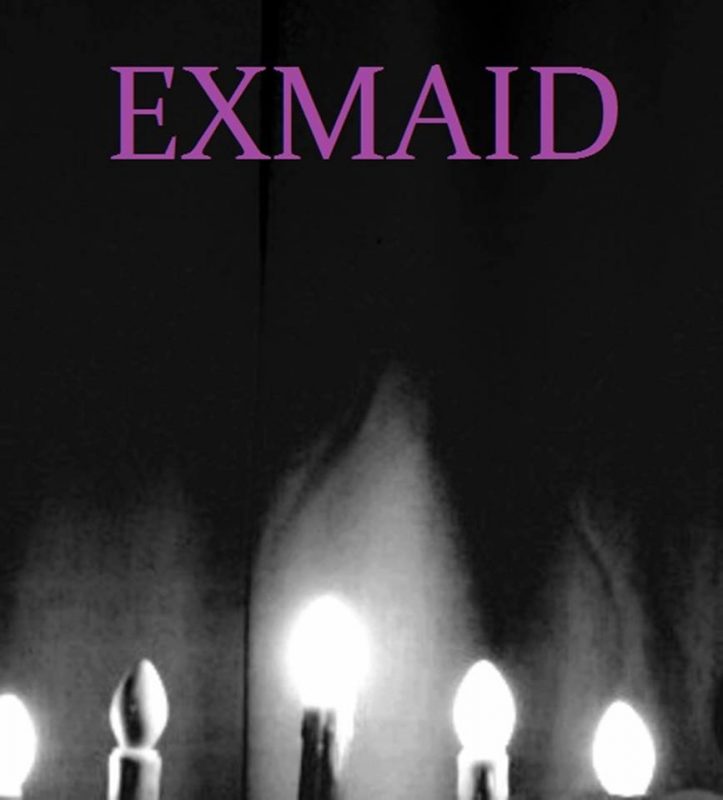 Taylor has put a band together which includes Joe DeCarolis, Dave Cherasaro, and Larry Ragone of Philadelphia band Psychic Teens. The group will make their Asbury Park debut this Friday the 24th at the Asbury Park Yacht Club. The show is with Neptune band Smalltalk who make some of the best modern rock in the area. The show is presented by our friend Cool Dad Music and promises to be quite the show.

We chatted a bit with Miranda about Exmaid, Asbury Park and, of course, cats.

You are a member of Black Wine, Noun and now Exmaid. What makes it exciting to be a part of these different groups?

Tell us a little about Exmaid. When did you form and how did it come about?

I had written some songs a few years ago and I never wound up doing anything with them really. After I had Maggie in Oct of 2015 I was not sure what I was gonna do musically. I knew Black Wine wouldn’t be able to play as much.  I also didn’t know who I wanted to play with either until I heard the new Psychic Teens record, Nerve. I love their music a whole lot and they were kind enough to ask me to sing on a song of theirs for that record. When I heard that particular song I was like “oh this is so cool OHHH THESE ARE THE PEOPLE!”

I never thought they would actually want to do it and I was intimidated at first. But now I know were all just dweebs and we have a good silly time together. We started playing together in July of 2016.

Neurotic Fantasies is a great EP. Are you planning to record more songs in the future?

Thank you! Yeah we are writing a record. A few of the songs on the EP may get re-recorded. we just did a few recordings with Eric Bennett at Lakehouse.

Your show with Smalltalk is Exmaid’s Asbury Park debut. When is the last time you played there?

I don’t know. A few years ago with Full of Fancy and probably the same amount of time for Black Wine. Im excited to play with Smalltalk though.

You recorded the EP at Lakehouse Recording Studios. What is it about Asbury Park that makes it special?

I grew up in Neptune NJ which is right next to Asbury so it is nostalgic for me in a way. The area went thru some sort of punk/art renaissance in the past decade or so. I hate that the Lanes is no longer around. I really hope that it continues to be a culturally diverse area also.

Based on the Exmaid Facebook page I see cats are still popular with you?

Yes. They haven’t wronged me yet. YET.

Pin It
Previous post:
Standing In Our Way: The Triumphant Return of Overmind Next Post:
Things to do in Jersey – February 24 25 26 2017