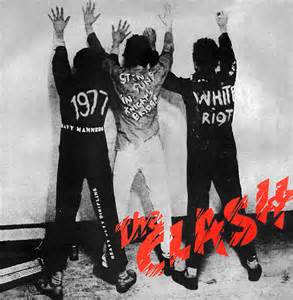 St Patrick’s Day drink specials and a free show! 10:00 The Porchistas w/ special guest Ojos Locos OF Accidental Seabirds on drums and Jenny Mustaches of Bone and Marrow on vox. 9:00 Arlan Feiles. 8:00 Tara Dente (band). Stick around for DDDDDDDDDDJ Mike Merrell. Spinning all your favorite theme songs from the 90’s.

Saturday, March 18th at 10am, The Fine Grind, Wayne

Join us for the fun and exciting Grand Opening at our new Wayne location! The Mayor of Wayne Christopher Vergano will be conducting a ribbon cutting at 10am. Join us! Lots of other fun food, drinks and excitement!

**** We will be having Music at the Gallery every weekend from now on (unless otherwise noted)! COME ON BY YOU NEVER KNOW WHO IS GOING TO BE THERE! **** https://asburyparknow.com/danny-clinch/

This event is being hosted at Rutgers Law School in Camden, Shaun King is a Journalist from Brooklyn. He’s a Senior Justice Writer for the New York Daily News. Commentator for The Young Turks & The Tom Joyner Morning Show.
Cash’d Out- Johnny Cash Tribute Band
Thursday, March 23rd at 9pm, House of Independents, Asbury Park

Cash’d Out, a San Diego based band, channels Johnny Cash in about as close a manner to the real thing as it gets.How can you tell?Well, beyond critics having anointed Cash’d Out (Douglas Benson on vocals and George Bernardo on drums) the “next best thing to Johnny Cash,” and the group having won four San Diego Music Awards for Best Tribute Band, the real proof lies in what members of Cash’s inner circle have said.”Cindy Cash came to a show, we made her cry and she gave me a necklace with Johnny’s hair in a glass locket,” explains front man and Cash impersonator Douglas Benson. Benson added that Cash producer Lou Robin has also been to several Cash’d Out shows, and claimed that if he closed it eyes it was like “going back in time.”Once the only tribute band endorsed by the official Johnny Cash web page,JohnnyCash.com, Cash’d Out has played to over 1.2 million fans since forming in 2005. And those fans continually tell the group how grateful they are that Cash’d Out continues to bring back memories of loved ones who once raised them on the music of Johnny Cash.W.S. Holland, Cash’s longtime drummer, even sat in with Cash’d Out at a birthday celebration for Johnny Cash hosted by Bill and Shannon Miller of JohnnyCash.com at the Fender Museum in Corona, California. “And (noted Cash historian) Bill Miller let me play Johnny’s cherry sunburst Guild guitar,” added Benson. Cash’d Out has over 150 of JC’s songs in their repertoire, and can deliver up to four hours of non-stop entertainment, including the June Carter Cash duets brought back to fame in the Oscar winning film, Walk the Line. Cash’d Out also tailors performances to suit any venue or function — from clubs, theaters, fairs and casinos to museums and corporate events.The band’s live shows respectfully reference the late, great Man in Black’s Sun Records and early Columbia era sound, combined with the energy of the classic multi-platinum live recordings from Folsom Prison and San Quentin. The group’s genuine love (and authentic recreation) of Johnny Cash’s music and its universal appeal fans of all ages and of virtually all musical genres makes each Cash’d Out show a must-see event.For more information, please visitwww.cashdout.com
Tickets:
http://www.ticketweb.com/fb/7156585/hoi
$ 20.00 – $25.00 / Age All Ages