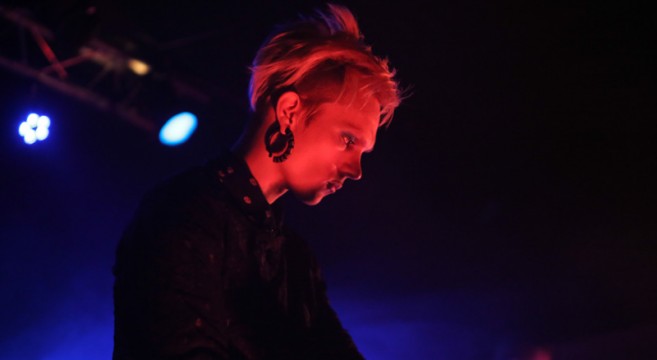 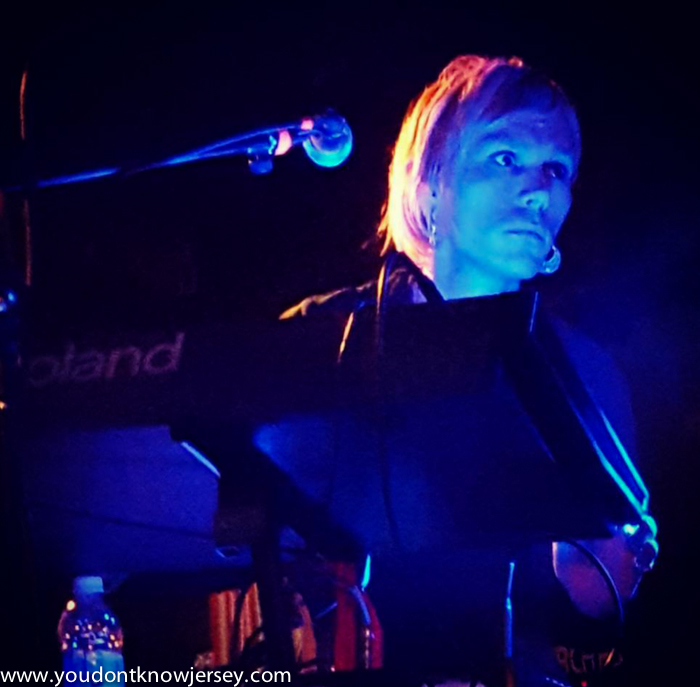 Asbury Park band Seaside Caves certainly know how to evoke an emotional response. Their lush, atmospheric and translucent music always elicits from me a sense of dreaminess and romance similar to what bands like Echo & the Bunnymen and The Psychedelic Furs did while I was in college. Matthew Gere’s incredible synth is a large component of what makes the band so special. His waves of sound that run through the songs ebb and flow perfectly with the darkwave resonance layered on each track. Just one listen to their 2017 LP Hope and you will be hooked. 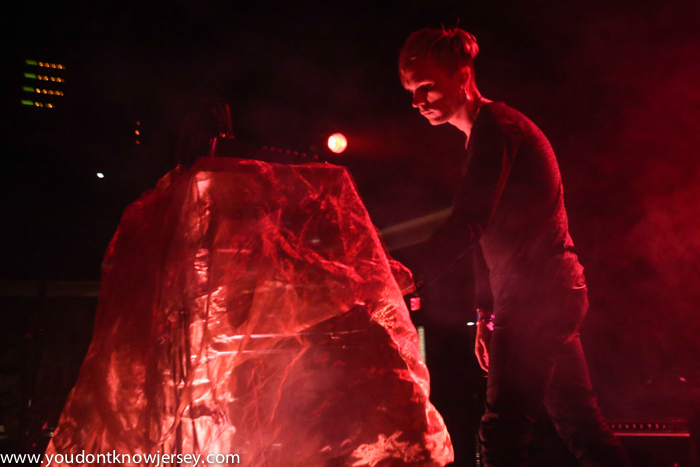 Matthew ‘s list is as engaging as his keys. Read on as Matt takes over:

How does an album work it’s way into your life, and how does it hold it’s place in your heart and in your mind? It’s such a strange sort of phenomenon, the way some simple things manipulate the chemistry of the brain in such a way to grab us and hold us and strip us bare. I’m not good at ranking music, movies, books—any of these things—because I have a really hard time committing to the idea that they are all somehow competing. Love is no competition.  My heart is deep and filled with beauty revealed to me by these things; we are, all of us, companions in this unfathomable experiment called life. 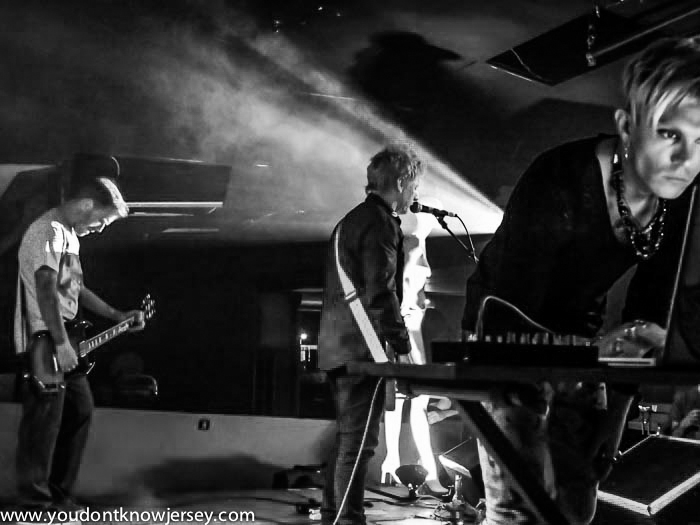 To write out my top 10 albums ever is an impossibly cruel exercise, and the truth is that we are not living in some perpetual forever, but only in this very moment. So, this is my list for this very strange moment that I’m currently living in: 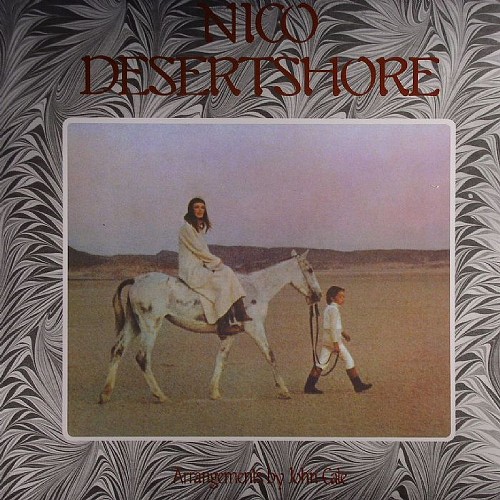 All of Nico’s first 3 albums are absolutely dear to me, but the deep and desolate experimental sound of this one is especially striking to me. The atmosphere of this record is pretty unrivaled, and it runs the gamut of uncomfortable and brutal feelings. I’ve spent a lot of time with it, and its comforting like a nice warm blanket that smells like all the things i wish I could forget, but refuse to let go of. It speaks for itself really, I think.

This album is on the cusp of the band morphing from a wiry, tense post-punk band into the gossamer, ethereal beings they would become. The entire album is great, and has many of my favorite Cocteau Twins songs (it is a collection of mid-period singles after all), but it kind of all boils down to the first song “The Spangle Maker” to me. The sparse howling build up to the absolutely divine dream of a payoff at the end could have only really come at this point in the band’s career, and it’s absolutely perfect. Le Petit Mort. If the last minute of the song doesn’t lift you out of your seat and drop your heart to the floor, you may be absolutely dead inside.

Listen to: ‘The Spangle Maker”, “Aikea-Guinea”

I once had a girl rib me quite a bit for listening to too much ‘sad white guy music’ which I took as honestly fair enough. Several things will pop up on this list that could be called the epitome of  ‘sad white guy music’ but this record is probably the oldest example of it, which is good for something I’m sure. Nick Drake was an absolutely genius song writer, but the simple poetry of his lyrics is really what sticks with me. Ive talked to a few people who really don’t like the production on this record and addition of all kinds of other instrumentation, but I really think it’s his best. I read once that Nick Drake wanted this record to sound like Pet Sounds, and I think it definitely has that kind of strange and magic beauty to it. John Cale helped produce this record (his second appearance as producer on the list so far, if you’re keeping track) and as always really brings in a lot of interesting ideas, somewhat similar to what he did on the first Nico record. It also happens to contain in Hazey Jane II, what I think is one of my favorite lines in a song ever: “Let’s sing a song for Hazey Jane, she’s back again in my mind. If songs were lines in a conversation, the situation would be fine. 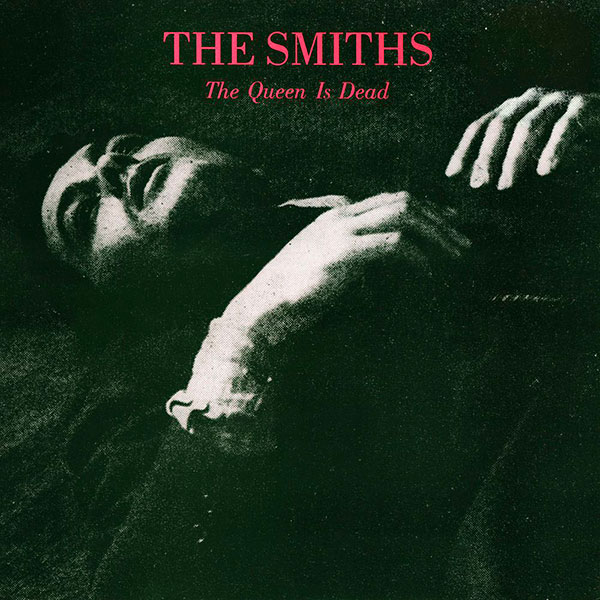 The Smiths – The Queen Is Dead

I knew I would have to write about The Smiths, but I had a hard time picking this record to talk about over the other Smiths records. Ultimately though, this record feels perhaps the most fully realized of all their records, and pushes the boundaries of what they would do as a band. There has been very little music that has been able to explore the sounds that Johnny Marr was able to put together during the lifetime of The Smiths, and even fewer that have ever even touched on what was achieved on “The Queen Is Dead.” The very day I turned 18 years old I went to the tattoo shop and had a thorn tattooed on my side, so I am, for better or often worse, as long as my body keeps its form ‘The Boy With The Thorn In His Side.’ What is there to say about The Smiths? They shit on the Queen, wrote beautiful music and made so many of us feel as though maybe it wasn’t so lonely being strange. “IT TAKES GUTS TO BE GENTLE AND KIND.

Listen to: “The Boy With The Thorn In His Side”, “There Is A Light That Never Goes Out”

I found when trying to assemble albums for this list that often the ones that sprung to mind had very singular atmospheres to them. This album is the apex in albums of a singular sound and vision. It sounds exactly like the album cover looks and fills my whole chest with warped, syrupy bitter-sweetness. Noise and melody are sweet and familiar bedfellows, it turns out, and it’s quite honest and obvious when you think about it: there is always the other side, looming. There is always a noise that threatens beauty, chaos that threatens sweetness, and a pull back and forth between the two. This album is that beautiful fight exposed and explored in whole.

Listen to: “When You Sleep”, “Sometimes'”

I also knew when putting this together that Bjork would have to appear; oh, but how to choose? Post makes its way here probably because it seems like its often one of her more personal records lyrically and just kills me. She is just absolutely wonderful to me and I can’t believe how incredible and talented she is, but my love of her work is not simple vain affection. It is not the kind of love that gazes at another and revels in the feeling, no. It’s a simple and undefinable love. It’s a living love with a life all its own that allows me to join it in existing; that rests beside me and allows me to wonder at it. Love as parallel intention and existence, not possession. 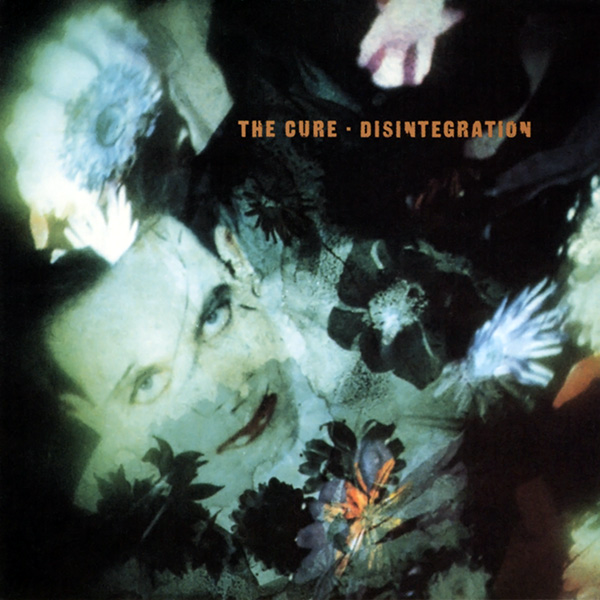 It’s somehow the most heartbreaking and romantic record ever. Absolute tender and drifting sehnsucht. It’s not simple listless melancholia, but something vastly deeper that I’m not sure I can touch on with words. It’s just sits deep, deep inside of me. Some things just have that power over you, and you may never understand why.

I think it takes a certain kind of genius to take a really simple idea and turn it into something challenging and definitive. Godflesh were able to do that. Crushing, churning, grinding machine precision that persists at pummeling fully from start to end, but somehow never gets boring or repetitive. It beats the weight of the world out of you, and sets you free for a time. It’s so hypnotic at times that it becomes a kind of violent meditation you can disappear into. It must be loud, as loud as you can possibly stand, and it will take you, if you let it. 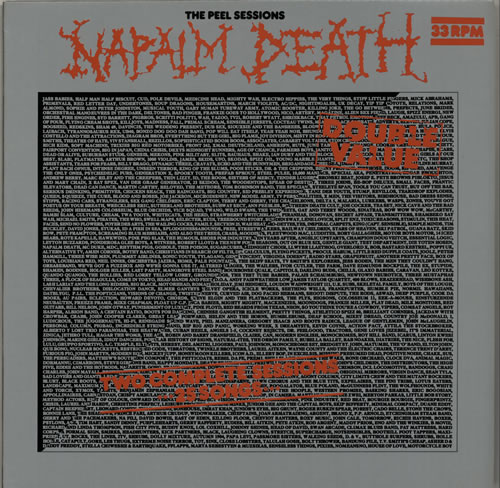 There are those times when noise and chaos reign supreme, and there is no record for those times better than this I suspect. John Peel took a liking to the Napalm Death boys for some reason, and they somehow became darlings of the BBC when they were starting out. This record is songs from the first couple years of the band, but with vastly better sounding and more interesting recordings (to my ears) done at the BBC studios. At times when I look around it seems that evil and chaos reign supreme in this world and the absolute pain and drudgery is insurmountable. This record and this band serve to remind that it is always worth fighting. This isn’t bleak, nihilist music, it is about a hope that lives in anger. A raging light in the dark.

When I first got into punk music as a teenager I was very much a child of literature. Music was always around my house, and my father was a musician, but I was obsessed with books. Crass was the first band that I came across that I recognized as taking poetry and intellectualism and combining it with anger, politics and a sense of responsibility to the world. So many of my friends didn’t really “get” Crass, they thought at times it was kind of funny, but ultimately annoying. I was absolutely in love. The collision of punk, hippie, beat, surrealist and industrial culture with English agrarian and working class life was truly like no other. Their sense of commitment to cause, rejection of the status quo and the power of words really directed me through to this day, and the way in which I navigate the world is still definitely in large part to them. This record starts out with a blast of noise and a long, biting rant against christianity and the church. It’s an absolute shock and it still fills me with utter joy to listen to it. As with many of the records on this list, I don’t know if this is record you learn to love; it either grabs you and sinks in, or it does not I suspect.