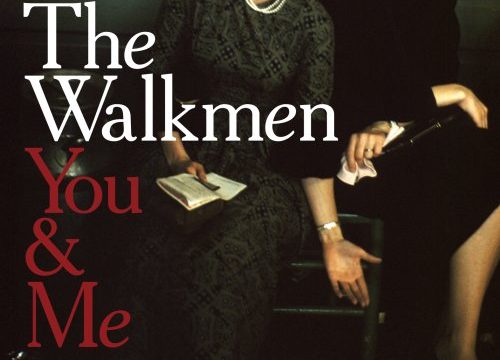 The Great NJ Albums: The Walkmen – You & Me

What people don’t tell you is that “transition periods” don’t last a few days. Or even a few weeks. Transition is ongoing and – in a way – kind of lasts your whole life. During all this, we are gifted moments of extreme generosity and incomprehensible pain and that constant transition is marked by events which change its course all the time. You & Me by The Walkmen has followed me through a number of different transitions, specifically the song “Red Moon,” which seems to show up exactly when I need it.

“The riptide is pulling me under / I’m drifting, drifting away.”

She always seemed to have herself together and while the highs were incredibly high, it never felt like we were in the same place. We were young but already, she was achieving the type of success that people ten years her senior would be envious of. As this was happening, I wanted to be supportive but could only find myself growing increasingly insecure of my own place in her life. It was something I didn’t feel I could communicate, either. Because in my own illogical way, I was convinced once I brought it up, that would be the invite for her to move on. So I kept it to myself, instead being resentful at the most random times. For a person who studied communications in college, the only thing I was any good at was withholding. Sure I faked it at dinner parties and family gatherings, but I couldn’t let go of the paranoia that – in truth – was never warranted. I couldn’t get over myself and so, rightfully, she walked.

“Tomorrow morning / I hope to be home / By your side.”

Five years later I found that sense of home; the “domestic bliss” which people talk about. I was happy to open the door and say ‘hello’ to the same person; happy to fall asleep beside them; happy to say ‘see you tonight’ as I left for work in the morning. We had cats and home-cooked meals and understanding and forgiveness and support. It felt right – normal, even. But that sense of calm eventually gave way to boredom. And that boredom brought me back to those same questions I had always had. What was I doing? Where was I going? Was I replaceable? Was she? The lines of support became uncoupled and we were just living side-by-side. And then it was over. 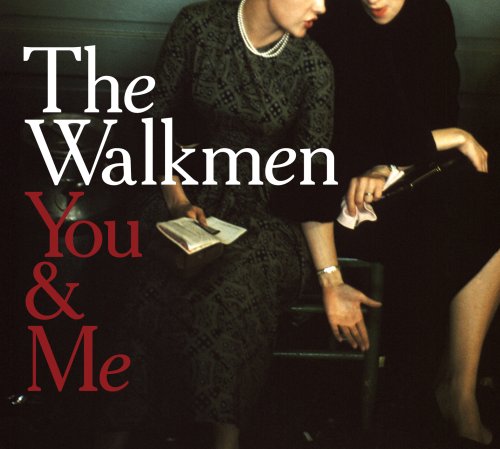 The Walkmen were a fast-rising act whose first two albums – Everyone Who Pretended to Like Me is Gone (2002) and Bows + Arrows (2004) – were breathing documents of dimly-lit late nights and shit-hot vitriol. There were stories of conquests and heartbreak; mistakes and severe overcorrections.

And while I’d prefer not to, I can’t talk Walkmen without bringing up “The Rat.” Having a hit proved to be a mixed blessing; they were fearful of the music biz machinations that chewed up and spat out Jonathan Fire*Eater, the band from which they evolved. While they kept it together, their ‘The O.C.’-watching, iTunes single-buying new audience couldn’t always sit still as The Walkmen unfolded some of their greater complexities in concert. They followed with A Hundred Miles Off (2006) – a record clearly pointing to a group in peril. Granted, “Louisiana” and “Lost in Boston” are welcomed additions to the catalogue, but The Walkmen sound like they’re trying a little too hard to “make it work” and the results fell unfortunately flat. Later that same year, they dropped a note-for-note rendering of Pussycats, a 1974 shit-show of an LP by Harry Nilsson and John Lennon. Perhaps the band wasn’t keeping it together after all. Then their beloved recording space – Marcata Studios – was forced to close. Things happen in threes, right? Two flop albums and your studio going belly up? Take that sweet ‘The O.C.’ money and go your separate ways boys, amiright?

I’m glad I wasn’t because in the ensuing two years, Hamilton Leithauser, Matt Barrick, Peter Bauer, Paul Maroon, and Walter Martin did the one thing that usually screams ‘hiatus’ – they grew up. Decamping to Water Music in Hoboken with renowned producer/engineer John Agnello in tow, The Walkmen – renowned dealers in grainy black, and harsh, bright white – traded it in for candlelight and sepia tones. Anything had to be better than the clunky A Hundred Miles Off, right? What resulted, though, wasn’t just anything. With You & Me The Walkmen turned in a bona fide masterwork.

It is on You & Me that Hamilton Leithauser establishes himself as rock music’s most underrated lyricist. And nowhere is it more evident than on opener “Donde Esta La Playa” where he sings “Well it’s back to the battle today / But I wouldn’t have it any other way / Cause tonight we’ll be crazy as kooks.” Whereas this might have been the signal that sent The Walkmen on another drugged-out flare up of temper and emotion, the song’s steady 6/8 shuffle and Paul Maroon’s chimey guitar lines suggest a more restrained aesthetic. It is only during the song’s chorus, when Leithauser reminisces “Last Christmas was black and blue” does Maroon decide to amp up, matching the singer punch-for-punch.

The album begins to truly take shape around track four, “In the New Year” where Leithauser yowls “Out of the darkness and into the fire / I’ll tell you I love you / And my heart’s in the strangest place.” The Walkmen are back, harnessing the same energy that drove “The Rat,” imbuing it with a romantic sentimentality, and kicking off a run of six of the best songs they ever put to tape.

By 2008, all of The Walkmen were north of age 30, and becoming unafraid to look head-on and say “I’ll take it!” On “Seven Years of Holidays,” Leithauser sets homesickness to a circus waltz courtesy of Bauer’s pipe organ and Barrick’s drum rolls by singing “I hope we’ll find our peace someday / Until then, these wild nights are no fun.”

Once again, Barrick proves to be the secret weapon on the next song, “Postcards from Tiny Islands,” where he uses an insistent drum roll to pull the song back like one of those rubber-band cars. Maroon accompanies with guitar that matches Leithauser who croons “The half-moon in your pretty eyes.” But when the song hits 0:43, Walter Martin sets the stair-climbing bass groove while the band snaps forward with manic urgency.

“Red Moon” follows. Not only is it the centerpiece of You & Me but I would argue that it sits above “In the New Year” and “The Rat” (and future classics like “Angela Surf City” or “Heaven”) at the epicenter of The Walkmen’s formidable songbook. It sounds like The Walkmen took Herb Alpert’s trumpet from “Ladyfingers,” and taught it how to play new songs; lilting hazy and punch-drunk but never uncertain of its destination. It’s a long, slow waltz through someone’s eyes, into their thoughts, and straight out the back of their head. You could go even further, suggesting that perhaps “Red Moon” is the quintessential millennial love song. Leithauser reflects upon the smallest of emotional liaisons; a fleeting moment captured, and a person lifted up into a place their heart really has no business being. We get no reflection from the other side and as such, I believe “Red Moon” is a fantasy playing in the narrator’s head. Remember…Romeo Montague was still just a teenager with a big imagination. But like The Beach Boys “(Don’t Talk) Put Your Head on My Shoulder,” “Red Moon” is a masterclass in melodrama done exactly right. And this century has yet to produce another song like it.

“Canadian Girl” finds Martin’s warm bass and Barrick’s block percussion sounding like a brownstone apartment radiator lighting up as Leithauser invokes a 1940s radio actor cooing “And only I / Still call you mine / And only I’m / Still hanging on.” The band wakes from the hazy nepenthe of the past two songs and delivers You & Me’s most singular moment. It comes just 0:41 into “Four Provinces” when clapping floorboard percussion gives way, Leithauser’s voice jumps an octave and the tambourine snaps and recoils with all the surprise of a rattlesnake bite. It’s a flourish like that which acts as a perfect explanation for the age-old question: What does a producer actually do? They make sure things like that make the final cut.

It was great to have The Walkmen back on track and breaking some new ground. The sentimentality they deal in on You & Me is the mark of five unendingly creative minds working not at odds like some of their previous work but in tandem. Instead of each one pulling away at the center, You & Me finds The Walkmen counting to three and pushing forward in unison. And when looked at that way – instead of failure, or disappointment, or even boredom – perhaps we can view A Hundred Miles Off and Pussycats as a shifting of the band’s collective weight. As if they knew that seeing 4:00 a.m. too many more times past age 30 would kill them. Instead, You & Me is the sound of what it feels like to say, “You know what, I think I’ll stay in tonight instead.”