Because life isn’t all burgers and hot dogs, we attended the Garden State Culinary Arts Awards Sunday night in Eatontown and celebrated the rest of the food world here in New Jersey.  Winners were announced after several rounds of judging brought the names in each category down to three finalists.  Restaurateurs, chefs, bakers and wine and beer experts from all over the state attended the first ever juried awards solely for New Jersey professionals.

The evening was catered by chefs from Passaic County Technical Institute who recently won sixth place in a national competition of high school culinary teams.  They made eleven hors d’oeuvres and each one we tried was really delicious. Our favorite was the pickled devil eggs with candied bacon and a sauce called Dip if You Dare.  We dared to dip and it was very spicy! I even ate the little chili pepper that came with it.  I could eat a few more right now. 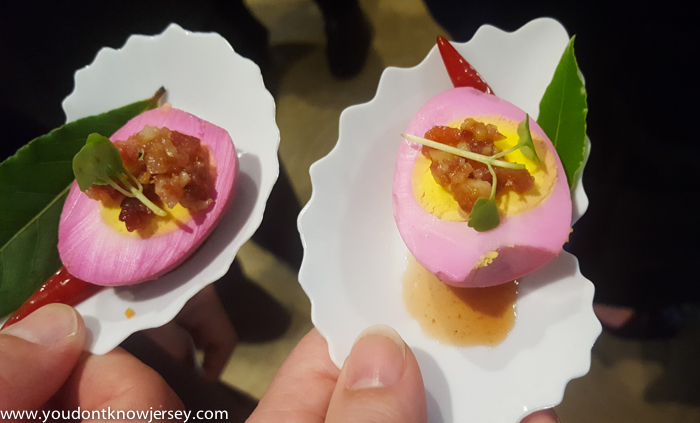 The crostini with duck confit, local honey, goat cheese and cranberry coulis was across the board everyone’s favorite of the night.  I kept hearing “Oh, that duck!!” everywhere I went throughout the evening. 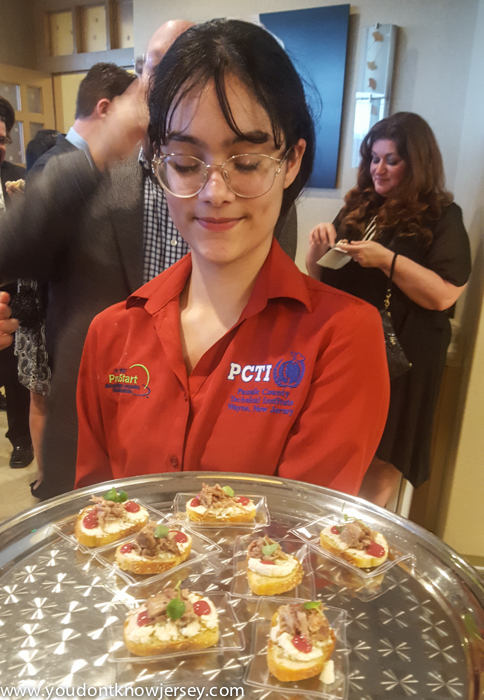 Ed’s favorite was the mini everything bagel chip with Scottish smoked salmon, capers, red onion and scallion cream cheese.  It was a perfect little bite of breakfast. 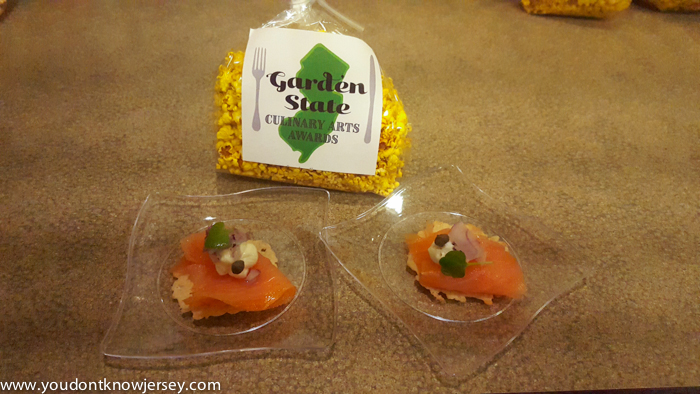 The fried polenta with garlic scape pesto was very good and the roasted chili creme fraiche that it came with was so delicious that we both licked it off the little plates once the polenta was gone. 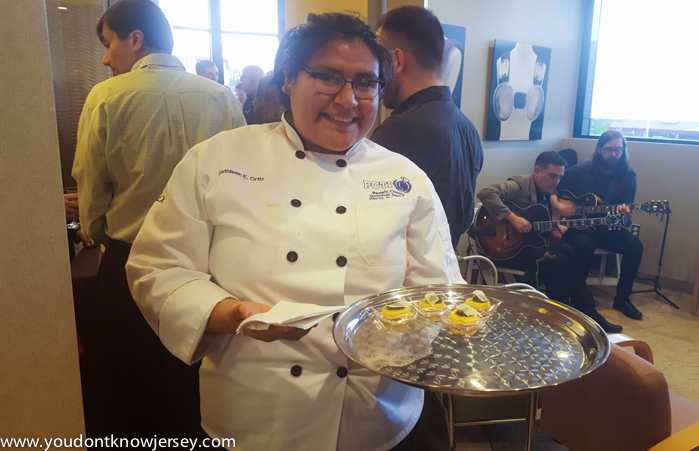 Nick Esposito and Ed Soles played guitar while we mingled and ate. 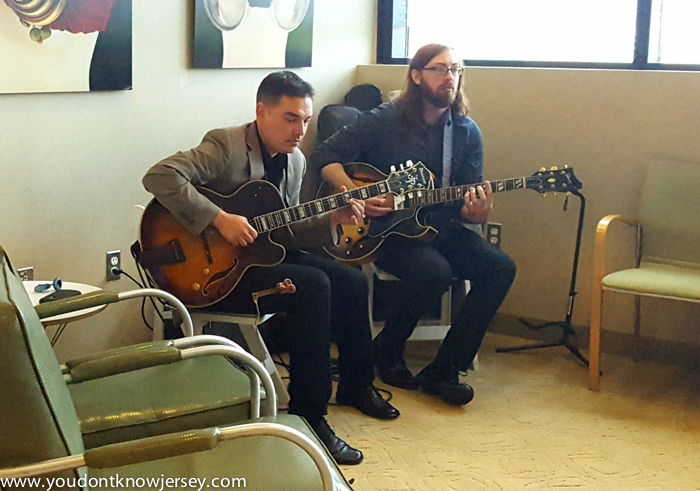 I was honored to be one of the ninety-plus judges in the competition and it was very difficult to narrow some of my choices down to just one in each category.  Getting to meet Gabrielle Carbone and Matthew Errico from The Bent Spoon after several years of enjoying their wares both in their store and around Princeton in restaurants that they supply was a highlight. 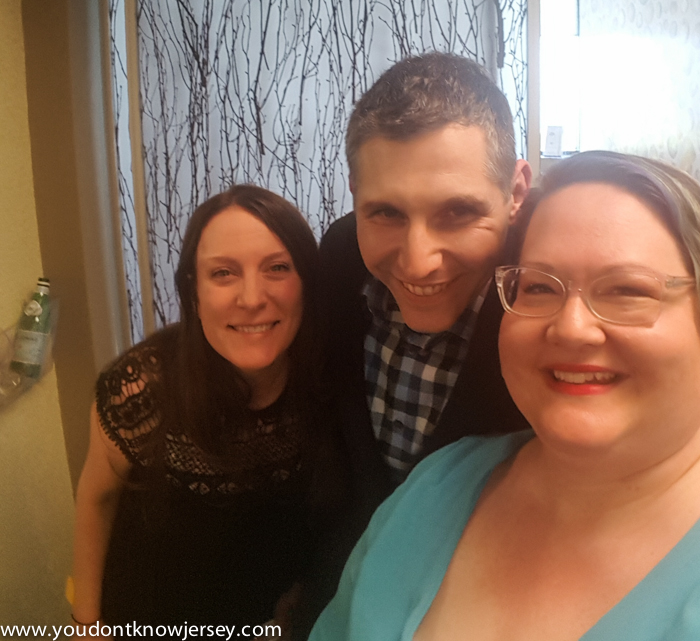 And, I also got to finally meet Pete Genovese the Star Ledger and Munchmobile legend. 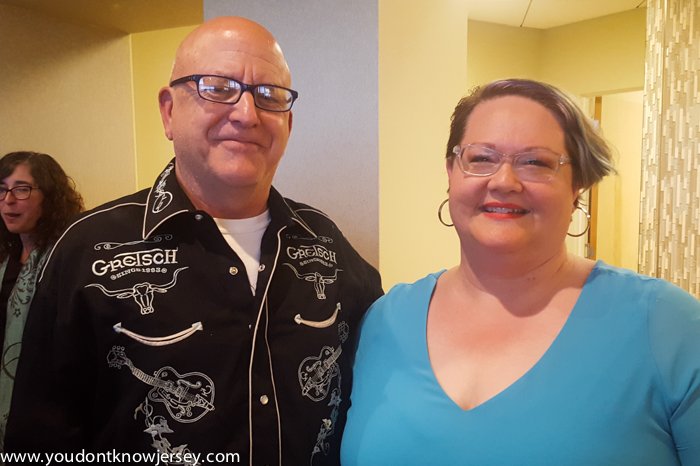 The categories with finalists listed and winners in boldface were:

You can watch the full ceremony on Facebook here.

Congratulations to all the winners!

Check out all the pictures from our evening with NJ’s greatest food and beverage people: 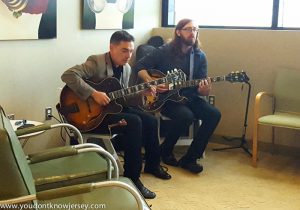 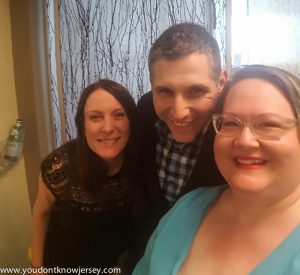 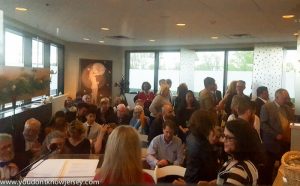 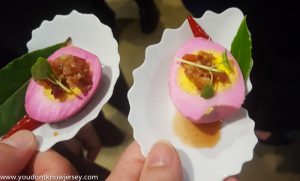 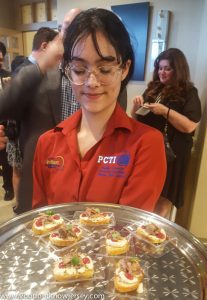 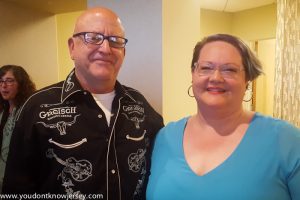 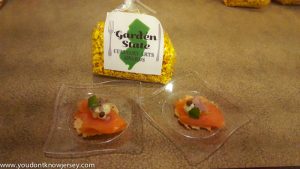 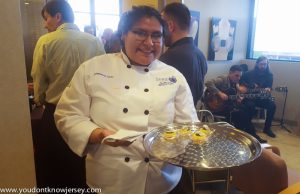 Pin It
Previous post:
Where’s YDKJ This Week? – May 5th – May 11th Next Post:
Picture of the Week – Memorial Park in Nutley