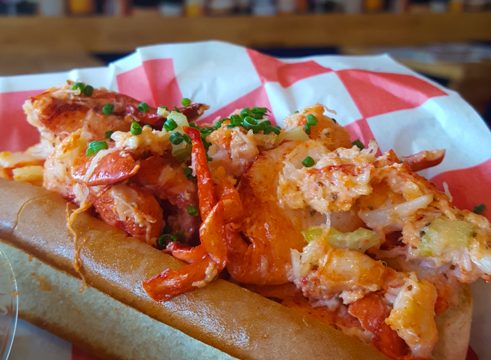 Oddly enough, we found Jack’s Seafood Shack in Montclair because we wanted some corn on the cob.  It was National Corn on the Cob Day and we were looking for a place where we could score some. 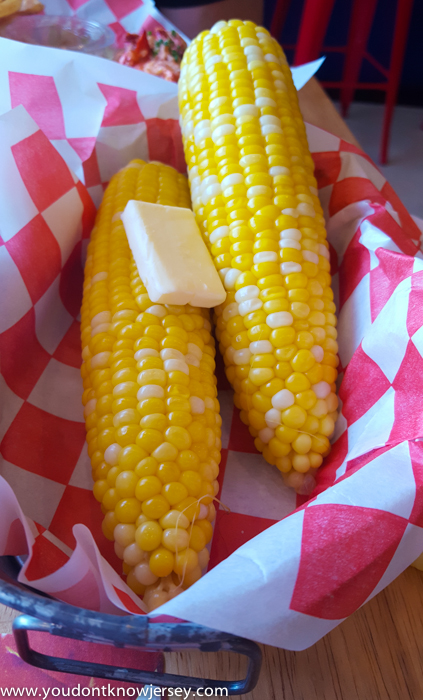 And, yes, their corn on the cob was juicy and delicious just like summer corn should be.  But, the rest of the menu impressed us enough that we headed back later in the week to try more dishes.

Jack’s has numerous lobster items on the menu, naturally.  The first thing we tried was the lobster roll.  It comes in Maine style (what we had), served cold with mayo and celery, and Connecticut style, served hot with butter and lemon.  Our Maine style sandwich came on a nice toasted bun that was buttered.  The filling was not overly mayonnaised so the lobster really showed through.  It was also picture perfect, like the corn. 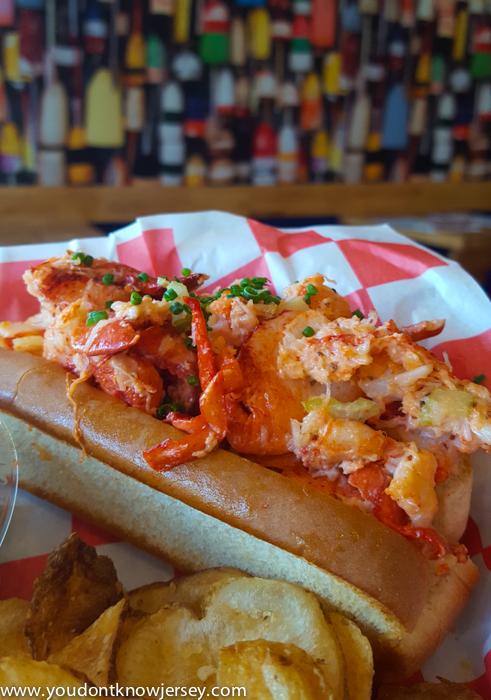 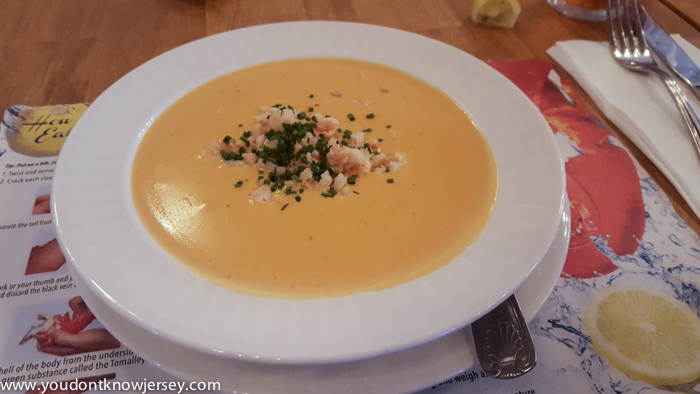 The lobster bisque soup was very creamy and absolutely filled with pieces of nice lobster.  It’s some of the best bisque we’ve had this far from the shore. 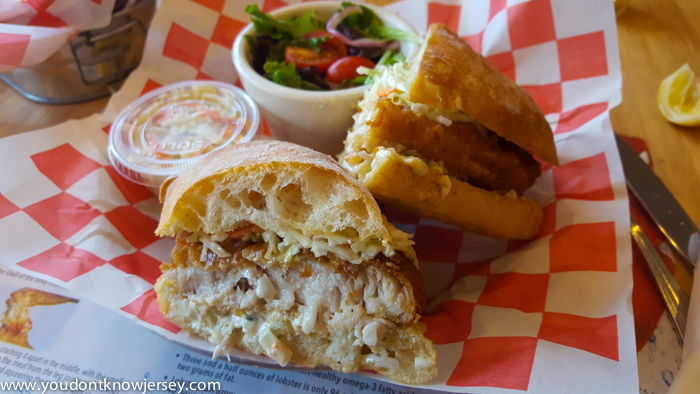 I really liked the beer battered fish sandwich.  It came cole slaw and tartar sauce on a really good ciabatta roll. The fish was really crispy and hot and mixed perfectly with the cool cole slaw.  This was a really great sandwich. 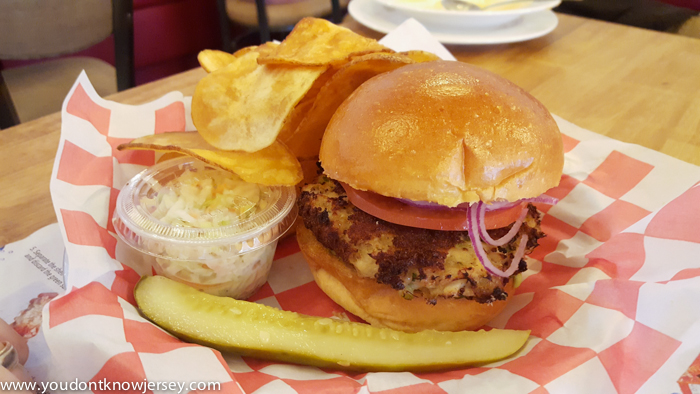 Ed said the crab cake had a nice meaty texture and wasn’t overly heavy on the fillings other than crab.  In a word, the quinessential crab cake. 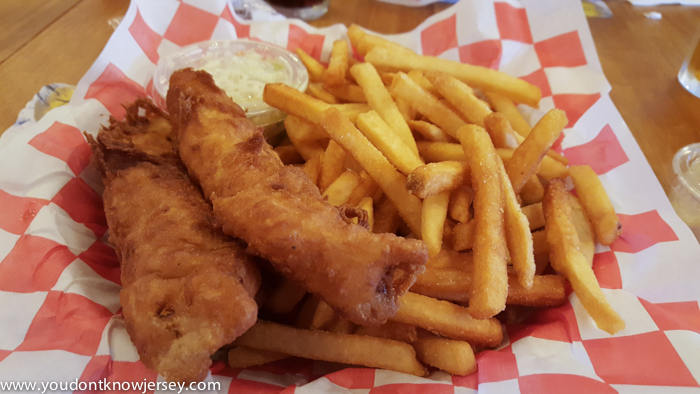 I found that the fish and chips were a little lacking.  The Atlantic cod was definitely fresh but the beer batter was limp and fell off the fish as soon as I cut into it.  The fries were also not great.  Weird about the fries, especially when their homemade potato chips were so crispy and delicious. 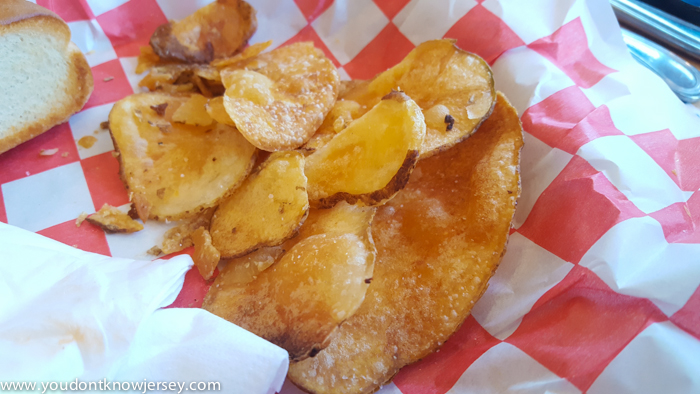 Other than the fish and chips, that hopefully just had an off day, we really liked everything at Jack’s Seafood Shack.  Since we’ve been there, we’ve passed it a few times and it’s been much more busy than the two times we went.  So, obviously, other people are also catching on to the Jack’s secret.  Head on over when you feel like getting a taste of the shore without the Parkway traffic.

Here’s a gallery of all the food we tried: 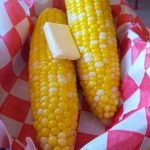 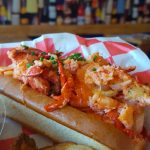 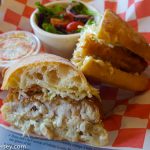 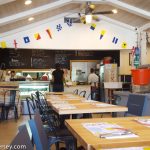 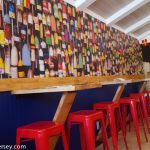 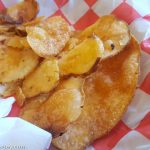 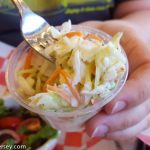 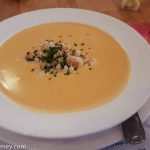 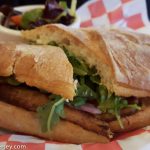 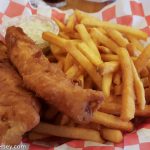 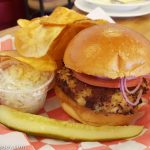