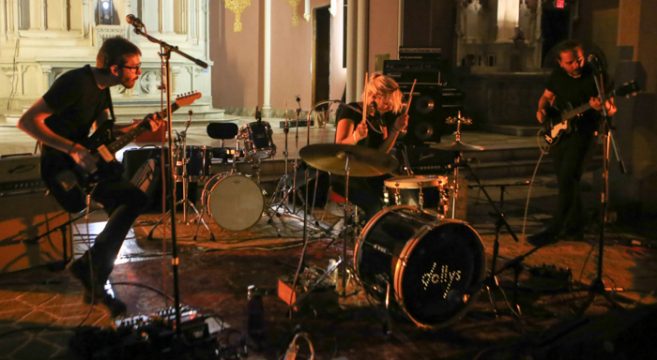 This is one of those moments in life when I am both elated and devastated at the same time. YDKJ is thrilled to premiere dollys‘ latest single “too bad” off their forthcoming final album tense, out July 21st on Sniffling Indie Kids.  At the same time, when I found out that the band has decided to call it quits…let’s just say that left an immediate hole in my heart. 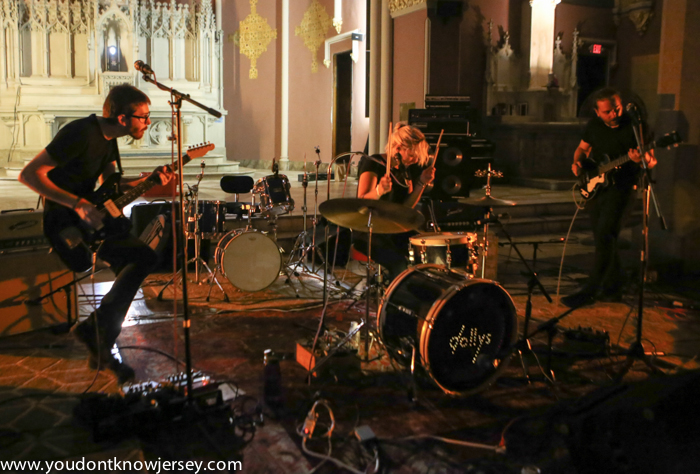 We’ve been covering Jeff Lane (guitar and vocals), Natalie Newbold (drums and guitar), and Erik Kase Romero (bass and vocals) ever since we saw them play a rustic Elks Lodge in Ridgewood many years ago. From the first time seeing them live I knew they had something special. The tight, brilliantly constructed songs, the live energy, the chemistry between the three members. Special. They also happened to get better each and every year. Go back and listen to their entire catalog. You’ll hear for yourself. 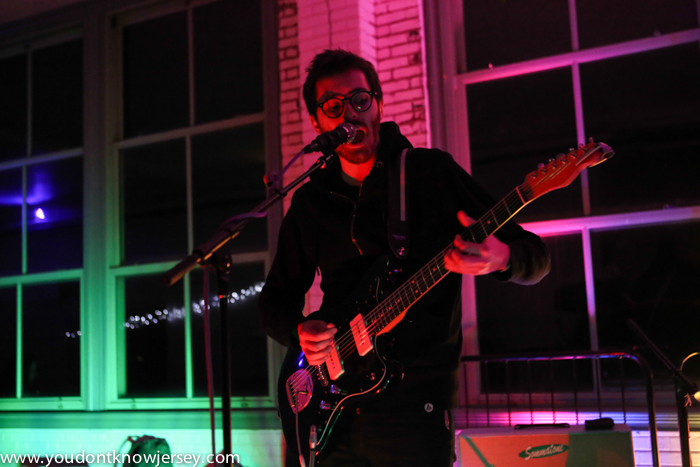 Today’s single premiere, “too bad,” is how I will remember this band. Bright and energetic, perfect musicianship, warm vocals. Oh those gorgeous dollys harmonies. Pop perfection in two and a half minutes. I’m gonna pretend, as the lyrics suggest, that “every little thing will be alright.” I am an eternal optimist so I have hope.

Let’s not lament that dollys are no more. Let’s celebrate that they were.

Jeff Lane answered 10 questions for us. I got silly with a few because the dollys are fun and so am I. I hope.

Let’s go back pre-dollys. How did you find yourself drawn to the guitar?

Oddly enough, I wasn’t drawn to playing any musical instruments when I was younger. I had no real desire to do it until maybe 5th grade, after I’d already been coerced into playing guitar for a little while by my dad. Throughout my childhood, my parents were insistent on helping me find something to be passionate about and so they signed me up for all kinds of classes: piano, karate, gymnastics, acting, even tap dancing. But none of that really sunk into me. Finally, my folks said I’d have to learn to play either the trumpet or guitar so I chose guitar. My dad taught me the basics and from there I taught myself. I cared very little about playing or writing music until I heard some kid play drums over “Smells Like Teen Spirit” by Nirvana at a talent show in middle school. That was a pivotal moment for me and I’ve been trying to write songs ever since. 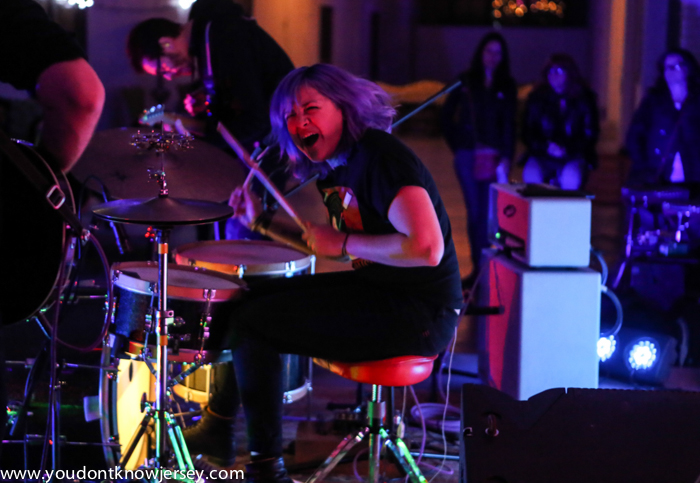 What were some other band names in the running before choosing dollys?

Honestly, I knew dollys was it. My dad passed away when I was 20 and I was going through some of his old things one day. I found a word bracelet he’d made for my mom that said “

️” out of those funny little white blocks with the black lettering. I found out that dollys was his pet name for my mom early on in their relationship and so naming the band after that was a nice thing for me to remember him and my parents’ marriage by. There were never any alternatives. 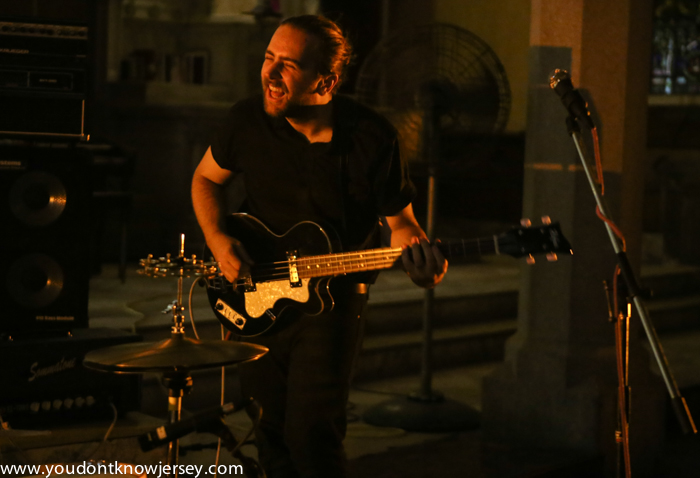 You, Natalie, Erik. Staring contest. Who would win?

I would, no contest. It’s the only thing I’m good at. I don’t miss anything because I never blink. 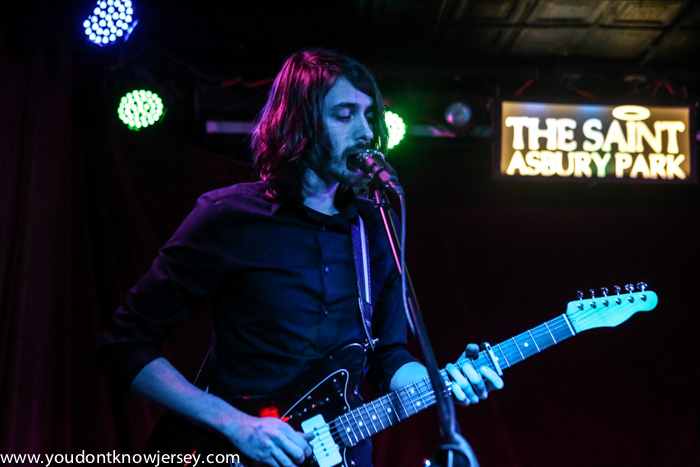 Why the hell did you cut your hair?

Oh no! You don’t think I’ve “lost that happy glow,” do you? It’s pretty silly, but it was getting sorta tough to see what I was playing on guitar with all that stupid hair in the way. I don’t really think very much about my image and I spend as little time as possible fussing with my hair. It’s getting pretty long now, though. I’d chop it off all over again but I’m terrified of conversing with hairdressers. I always feel like I’m being held hostage. It’s no fault of theirs, I’m just neurotic.

YJY and dollys both broke up around the same time. Can you tell us something about YJY that we may not know?

One time Ricky abruptly paused a YJY set in a New Brunswick basement so that he could call his dad and wish him a happy birthday. He had the crowd sing the birthday song and everything, it was sweet and very memorable. I love those guys and their music and I’ll miss Steve and YJY so much. I’m going to see a movie with Ricky in a few weeks, though! Bet you didn’t know that.

This song we are premiering is amazing. But exactly how funny is this cat that was contributed by Lisa Romero?

Thanks guys, we’re pretty excited about it. Funny Cat was a setting that Lisa found on this really weird synthesizer at the studio we tracked the album in, Fidelitorium Recordings in Kernersville, NC. It’s hilarious. We couldn’t stop laughing. Lisa added Funny Cat to the song “Idiot” and it was just too good not to keep. You’ll have to wait until the 21st to hear it though, sorry!

What is your favorite Smiths song and why?

I’ve yet to hear a Smiths song I dislike, but “Ask” is brilliant. Lyrically, it offers tons of good advice for the sort of anxious person (me) who would easily become obsessed with the Smiths. Instrumentally, I’m drawn to it because it perfectly demonstrates Johnny Marr’s exceptionalism as a guitarist. Unsurprisingly, Marr was able to layer numerous distinct and complex guitar parts that are easily discernible from one another and are each fascinating and difficult to play in their own ways. And even in spite of their complexity, each small part that contributes to the whole is so melodic. The last thirty seconds or so of the song is a guitar collage masterpiece. Johnny Marr is one of the most inspiring musicians out there to me. 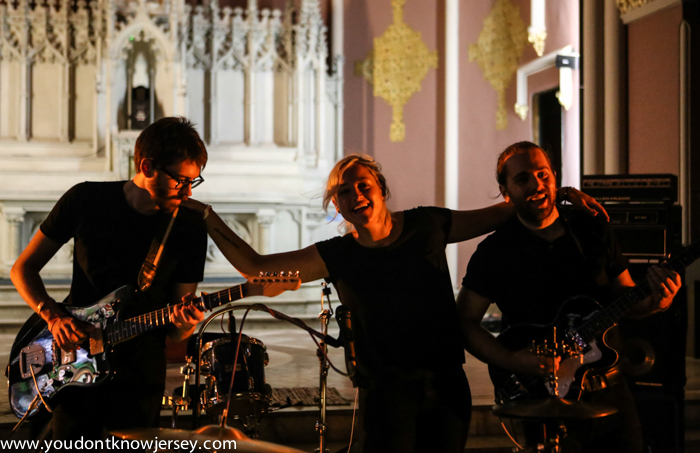 When you toured with the band what one trait of yours annoyed Natalie and Erik the most?

I think we got along really well on tour, to be honest! But my constant need for attention and my inability to stop cracking bad jokes was probably a nuisance to them, as it would be to anybody. They might have thought I showered too often. I think I may just be projecting my own insecurities at this point. I should probably cut it out.

Your recent acoustic work is understandably quite emotional. Is writing and performing music a cathartic release of sorts for you?

Sometimes it is. I’m very critical of myself and that gets in the way of me actually feeling relieved after I write or perform. I do think it’s a good quality to have though because it forces me to be as thoughtful as I can about whatever it is that I’m doing.

Five words you would like dollys to be remembered as?

I don’t know that I could accurately sum up how I feel about the band and what it meant to me in a billion words, but if I only had five words to say to the people who made the last four and a half years of my life as rewarding, worthwhile, and precious to me as they are, I’d say: Love you all. Thank you.

You can pre-order tense here.