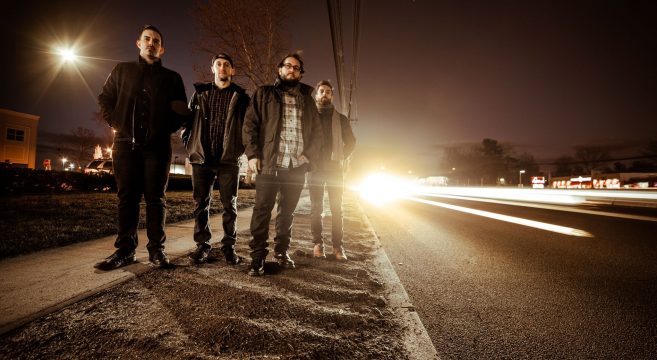 Atop the slate mantle of Frank Lettieri Jr.’s mid 60s Lambertville home sits a curious CD case. It’s a photo of his brother Mark and him stick-glued to a piece of neon orange oak tag with the name “Dust of Days” written in Sharpie across the top. Frank couldn’t have been north of 15 years old. There are some crude, hand-written designs along the side but the artwork has that perfect 4.5” x 4.5” cut and fits inside a jewel case like it always belonged there. It serves as a reminder of a simpler time for Lettieri who seems to have poured the contents of the following two decades into Dust of Days’s new album Analog Mind Bender. 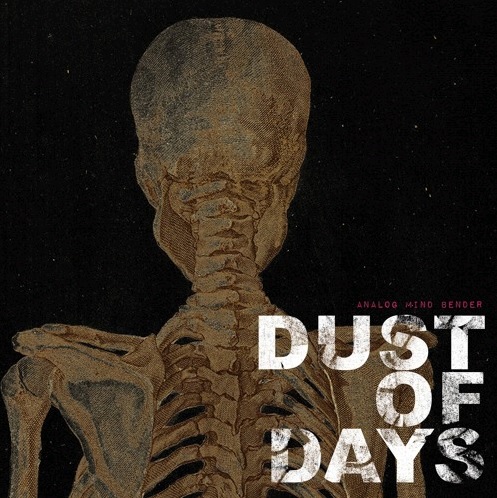 Largely a solo project, Dust of Days came onto my radar in 2004 when Lettieri and I were classmates at Rider University. He brought a CD of four self-recorded tracks down to the radio station and played it through our in-house PA system. I was expecting scratchy dorm room demos, but instead got four fully-arranged rock songs with Lettieri manning all the instruments himself. His talent – undeniable even then – was only starting to take shape. 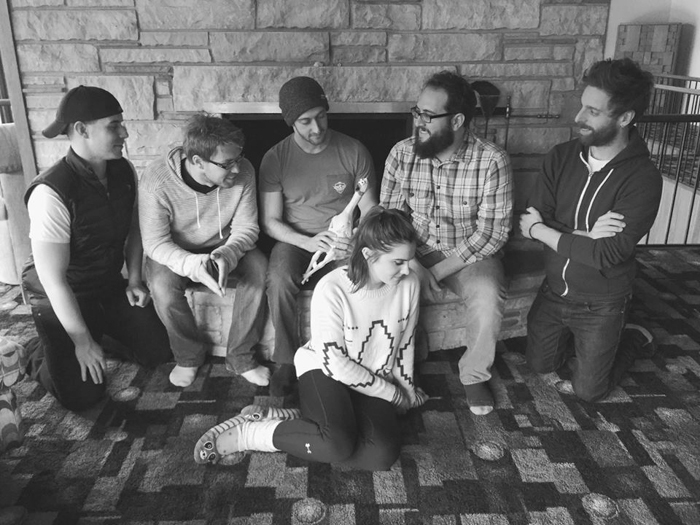 At this point, you might be wondering who Lettieri is if he’s been at it for so long. The truth is his fingerprints are all over the scene in his own way. He has produced recordings for Trenton up-and-comers Meeko Brando, Jersey City ambient composer The Arrivist, and Ricky Lorenzo’s pre-YJY band, The Timid Roosevelts. He played on Jesse Elliot’s debut album, toured with Philadelphia’s Hannah Zaic, and has manned the camera for local darlings Lowlight, Dentist, The Vaughns, and dozens more as part of the Mixtape Nation TV series. And of course, he has been the drummer in Princeton’s The Paper Jets for close to a decade now. So perhaps we reframe the narrative: you might not know Lettieri by name, but there’s a great chance you’ve seen or worked with him, or are connected to someone who has. And while he’s been making records for years now, Analog Mind Bender is undoubtedly Dust of Days’ best album and should be the one that moves the project from the margins into something more demanding of Lettieri’s time. 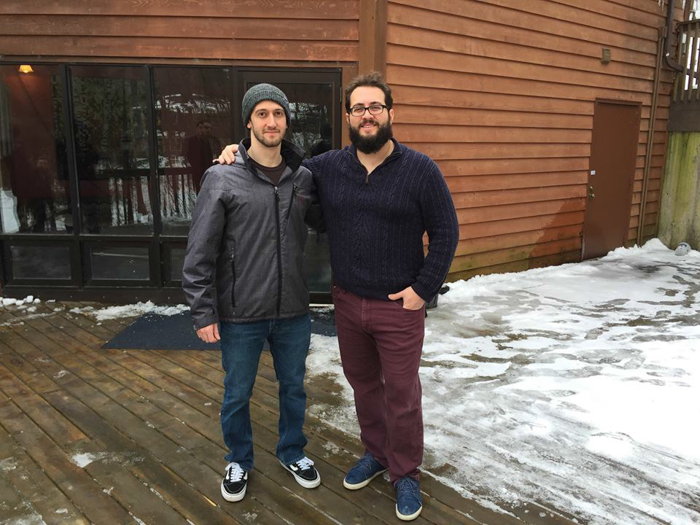 We start with the title track. Sporting a hardened major-minor guitar riff, a towering guitar solo and some of Lettieri’s strongest vocal work, “Analog Mind Bender” does the type of heavy lifting you’d expect any great opener to do: It sets the tone for everything that comes after.

We then move to “Aurora” which alternates between two vocal styles to great effect. The verses carry weighty commentary (“The rifles are loaded / To silence the protests”) and as such, Lettieri tries on his best Mark Lanegan, affecting his singing with the type of low baritone that carries the sensitive subject matter without ever allowing it to seem heavy-handed. The chorus – with its opaque lyrical imagery of graves and leeches – gets a more Cobain-esque approach while the music, ascendant in its minor key, acts as the unifier for these seemingly disparate elements. The result is an early album highlight and one you’ll find yourself returning to often. 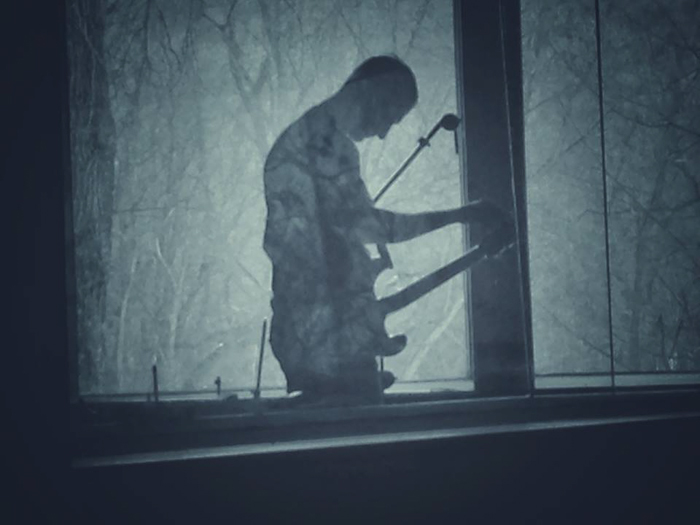 And if “Aurora” is a bright spot, then “Mustang” is where the first half of the album comes together, accomplishing a great deal in just three minutes. Themes of suffering permeate a minor key groove that plays out like a weak swimmer wrestling through a rip current. Chords break, then they wash over the song, and by the time the air hits your lungs again, it might just be too late. Nowhere is this more apparent than at the 1:45 mark when Lettieri starts yelling “No…please” over an insistent Scott Silvester bass groove before letting out an impassioned bellow. 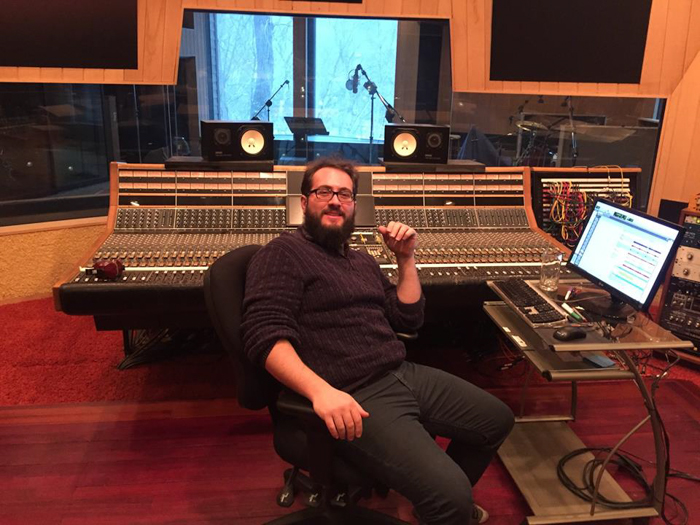 Recent years have seen Frank and his family face considerable distress. Just listen to the opening minute of the song “Jersey” from his debut and you’ll hear what I mean. There was addiction. There were weapons. And there was the kind of abuse – the kind of assault – you’re probably thinking about but don’t necessarily want to be. It’s a harrowing, stark reveal that says a lot about what Lettieri – as amiable a person as you’ll ever meet – carries with him. Knowing this, Analog Mind Bender becomes less an airing of grievances than it is an attempt to reconcile them against everything else that has happened in his life. His grandfather – one of his biggest mentors – died in 2015. His grandmother, afflicted with Alzheimer’s and Parkinson’s now lives under the same roof, needing constant care. He watched his father walk out on his family. He sees the sleep-deprived resignation in his mother’s eyes. This is the sound of Lettieri’s deep and devout faith being tested. Every. Single. Day.

“My Dear” evokes the spirit of In Utero as it harkens back not to Kurt Cobain but the beloved Dave Grohl-penned b-side “Marigold,” with its whispered high tenor and in-the-room intimacy. Guitarist Jim McGee turns in a tuneful, disjointed solo that links both verses together as the first half of the record comes to a close. By this point after putting it all out there for everyone to hear, Lettieri sounds exhausted. 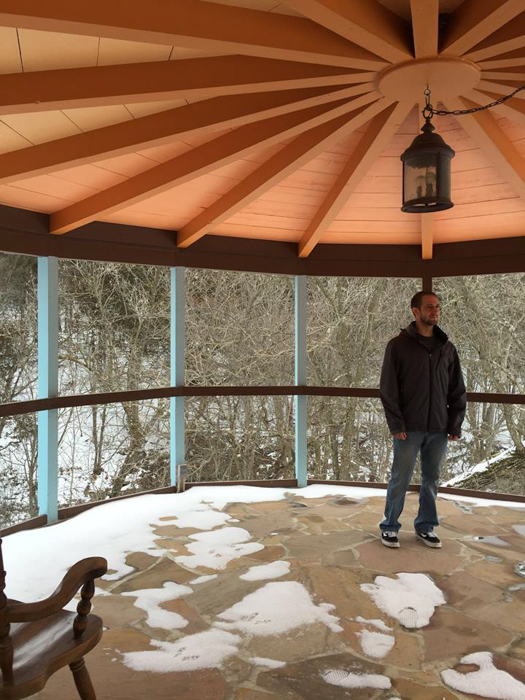 The second half of the record plays out a little more experimentally. Whether it’s the punk-infused “The Circus,” the blistering powerpop of “Gamma Ray” (featuring some of second guitarist Mike Virok’s best riffs), or the heartbreaking balladry of “Porcelain,” it all remains linked by the lyrical themes that, by this point, have been well-established: emotional pain, suffering, death, abuse, and PTSD. These are all heavy subjects and perhaps left with a less agile custodian, Analog Mind Bender would fall into pastiche territory. Instead, it delivers a hard, well-deserved honesty that makes it one of the most fully-realized albums I’ve yet heard this year.

“The Shore,” finally provides reprieve. Our valiant swimmer hasn’t escaped that rip current. Instead, he’s found peace with his fate, allowing himself to be swept out to sea. While the song itself stands as a tribute to his grandparents – one gone and the other quickly slipping away – that can be summed up with the best couplet on the entire record: “My world ends with you / But my words just ain’t coming through.” It’s a level of resigned frustration that most of us don’t have a direct relationship with: the person we have been and continue to want to be with is right there. But they have no idea who we are anymore.

Camus once said “A man’s work is nothing but this slow trek to discover, through the detours of art, those two or three great and simple images in whose presence his heart first opened.” And it is exactly that which makes Analog Mind Bender such a special album: the CD case on the mantle, the picture of Lettieri and his brother Mark (whose steady hand as co-producer should not go unmentioned), the loss of those who loved and helped raise him. It’s all there, filtered through the music and sounds he grew up listening to. Analog Mind Bender isn’t just a love letter to the past, though. It’s a search for life after you survive; after that wonderful, simple past recedes beyond view. But the only thing you have to rely on is whatever got you there in the first place. It’s human, it’s heartfelt, and it is unquestionably genuine.