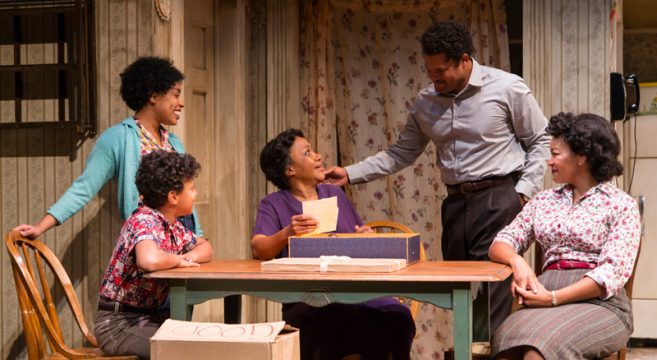 It must be hard to breathe new life into a story that debuted in 1959 without resorting to major changes to the script or some other method of inventive re-telling.  Director Carl Cofield created the magic we saw on Sunday at Two River Theater in Red Bank without any of those tricks. A Raisin in the Sun is the story of an African-American family living on the South Side of Chicago and struggling to survive.  The chance to improve their lives comes when an insurance payout arrives in the mail for the matriarch of the family.  Lena Younger lives in a small apartment with her daughter, Beneatha, and her son Walter Lee’s family including his wife Ruth and their son Travis. Both siblings have plans for the money but it’s up to Lena to decide how the money will be used.  Her decision is to buy a house for the family in a white neighborhood.  The family is already struggling with this news when a visit from the member of the neighborhood association to discourage them from moving makes matters worse.  This is an intimate story with global meaning and it’s beautifully presented in Red Bank through Sunday, October 8th. 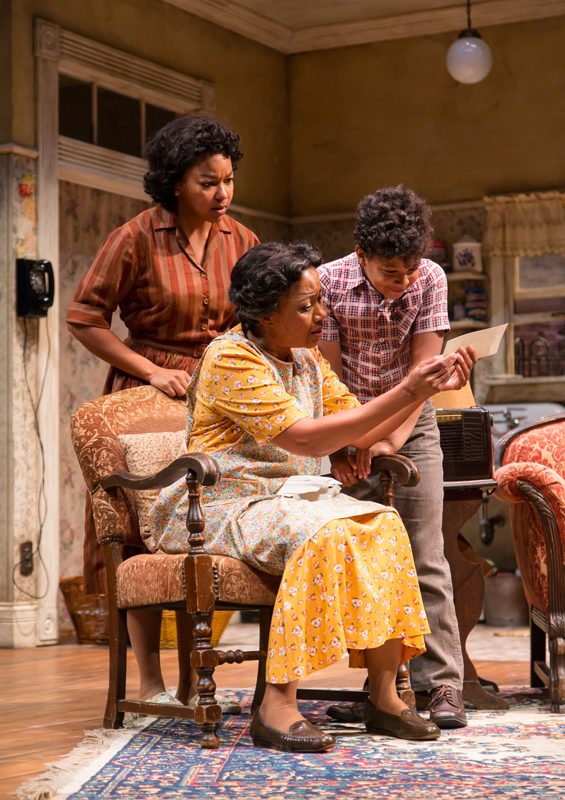 It’s impossible to keep your eyes off Brenda Pressley as Lena Younger whenever she’s on stage.  She is strong, suffering and perplexed by her children all at once. Before she even makes her first appearance, her family is talking about her in a way that makes you wait on the edge of your seat for her entrance. Lena is a realist who doesn’t understand how her two children came out to be such dreamers.  Jasmine Batchelor as her daughter Beneatha, dreams of becoming a doctor and wants the insurance money for medical school.  Brandon J. Dirden (playing her son, Walter Lee) concocts all kinds of schemes on how to make it rich quick and would have already spent the money several times over if he could get his way.  The family fights over the money but also tries to support each others’ dreams in a very touching way that feels familiar to anyone with a family whose struggled with money and poverty.

Lorraine Hansberry is the playwright and A Raisin in the Sun was the first play by an African-American women to be produced on Broadway.  The play was based on Hansberry’s own family’s experiences as the only black family living in a white neighborhood.  It’s a stunning piece that remarkably hasn’t aged.  On the face of it, the story is about race but once you delve into the scenes you begin to realize that it’s more about the story of a family trying to fulfill their deferred dreams.  The title of the play comes from the line of a Langston Hughes poem: “What happens to a dream deferred/Does it dry up like a raisin in the sun?” No one in the family wants to dry up but they all need to figure out how to live together and manage to all be happy.  It’s a wonderful story and it’s fantastically casted with major talent coming from each actor. 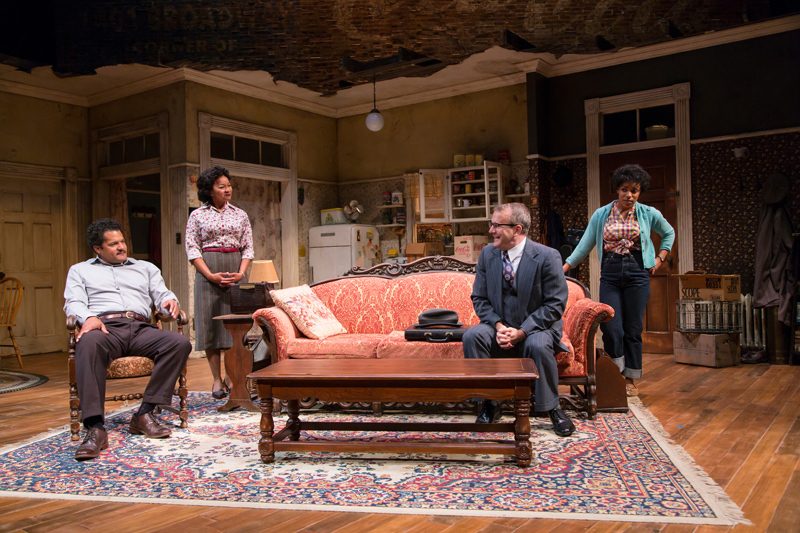 A Raisin in the Sun plays through October 8th at the Two River Theater in Red Bank.  Ticket prices range from $40 t0 $70 and there are many opportunities for discounted tickets including for members of the military, group discounts and for patrons under 30 years old.   Visit tworivertheater.org for tickets and showtimes.