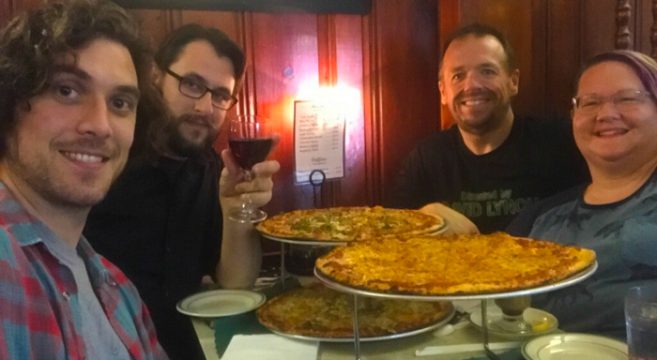 The Accidental Seabirds are a band that’s hard to define.  At times, they are hard rocking and heavy, other times folky with a banjo and mandolin applied liberally to many songs. Everyone in the band plays multiple instruments and are all at ease switching from guitar to drums to banjo throughout their sets.  We sat down for pizzas with lead singer and song-writer Jesse Herdman last week and discussed the band and life over some delicious pies.

Vic’s Italian Restaurant in Bradley Beach is somewhere we’ve always wanted to go.  It looks like an Italian restaurant off a 1970’s movie set.  Neon around the outside of the building advertises Tomato Pies, Sandwiches and Cocktails.  What more could we want? 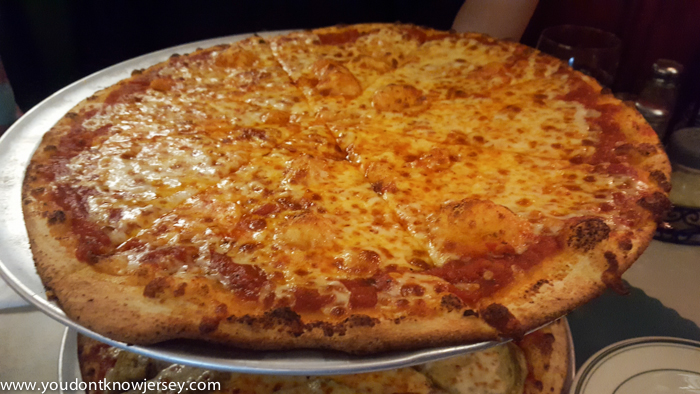 YDKJ writer Brian Erickson joined us for the evening.  Jesse and Brian are both vegetarians while we are 80% vegetarian.  Subsequently, two of the pies were meatless and both ended up being our favorites.

We ordered three pizzas: Plain, Eggplant and the Special which came with sausage and green peppers.  The crusts were fairly thin and very crisp.  Exactly the kind I like and no one else was complaining either.  The cheese was applied with a light hand and the sauce was abundant.  The menu stated that you could order double cheese and double dough for just a small extra charge so clearly they aim to please with whatever the customer wants in a pizza. 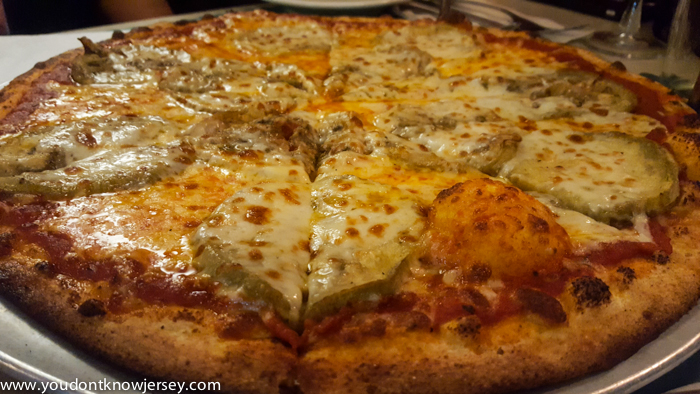 The eggplant pie was a slightly different take on the usual deep-fried cutlets on top of a pizza.  These eggplants were soft and barely breaded (if they were at all).  It made a great pizza with lots and lots of eggplant flavor.  It was my favorite of the night.  Even Ed, who claims to not like eggplant, enjoyed it.

Vic’s interior decor didn’t disappoint our Italian restaurant expectations either.  It’s straight out of the 1970’s with wood paneling, large booths and a spacious bar with locals watching the game. 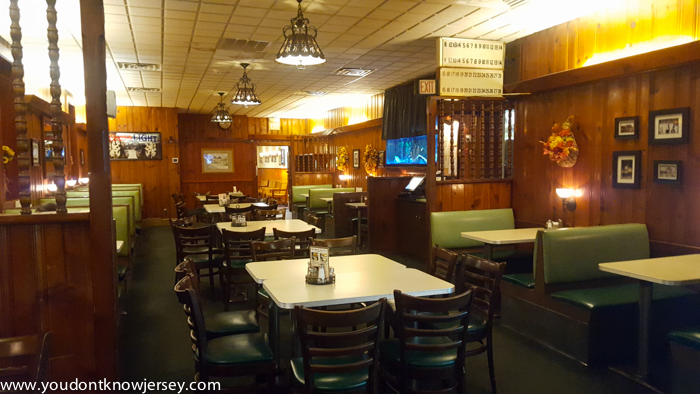 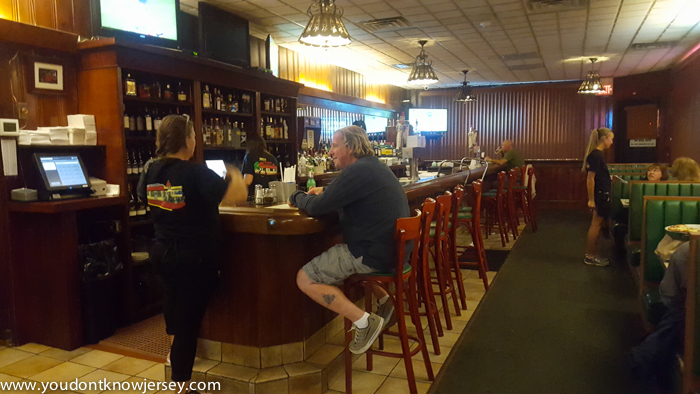 Jesse has been in a writing and recording phase lately but the band has several shows coming up—all with great lineups.  The Wednesday October 25th show at Insectropolis in Toms River in fact looks amazing.  The Seabirds are sharing the stage at a museum dedicated to bugs with their friends The Moonbees from Charlottesville, VA and Doctor Gasp from Rhode Island. How Halloween is that? 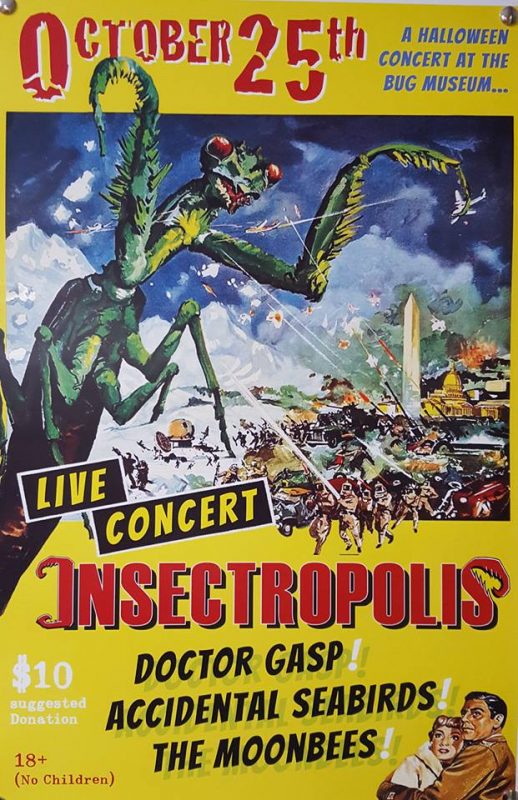 Jesse works at Insectropolis. One look at the band’s Instagram page and it’s clear that he has a passion for the job.  He loves science and was carrying around a fossil that he had recently found.  We spoke about his birthday trip to the American Museum of Natural History in NYC and how they were remodeling the geode room. Fans of the space, including himself, were upset that the museum was going to change such an iconic area.

Talking about the Insectropolis event got us onto the subject of Jesse’s current musical projects.  He says that lately his songs have taken a darker turn toward more emotional subjects.  He may end up releasing them as a solo record because they are very personal and could require a special kind of live performance due to the deep themes.  He and a childhood friend were interested in recording the sound of just a singer and guitar alone to capture that special raw magic. They tried to record the new songs one weekend last winter but it rained so hard that they couldn’t get a clear recording.   The next recording session gave them the perfect setting because of a giant snowstorm that made it perfectly quiet.

We’ve heard a few of the songs during his solo sets played around the state over the summer and they are indeed dark and moody.  But, like most of his songs, they are beautiful and smart and we can’t wait to hear more of this side of him.  He said that it hasn’t come out yet because he has to be in just the right mood to work on them.

The mood at Vic’s last week was light, though, with Brian taking portraits from his phone.  Jesse’s came out the best.  It evokes a Wes Anderson vibe which Brian asked Jesse to think about for the picture.  Ed and I were immediately drawn to how perfectly “Wes” it turned out. 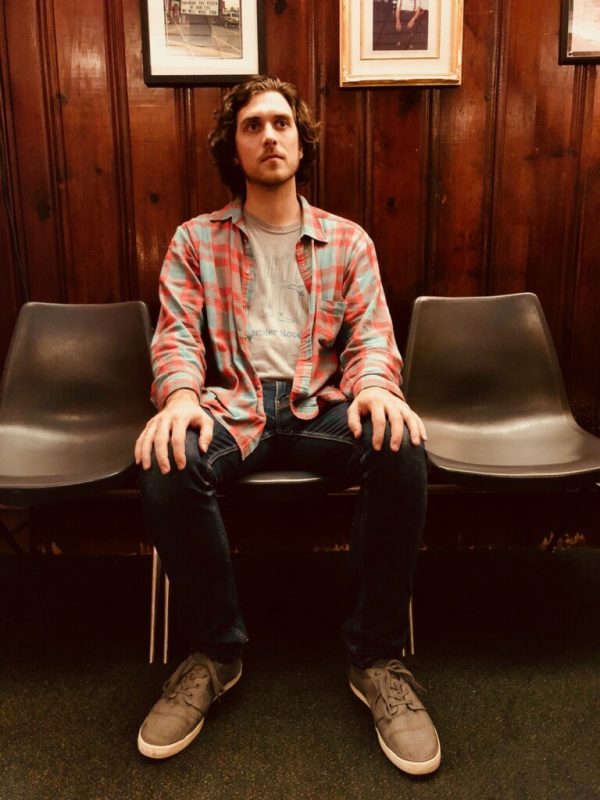 We asked Jesse about his musical background which we thought would be interesting because his brothers are also musicians.  Indeed, he grew up in a very musical household.  His dad played accordion and all of his uncles played music together at family parties.

He learned to play piano first and then started forming bands with friends at twelve years old.  As he got older, he and his friends started getting together with one guitar and passing it around the room to play.  They would each get critiques and pointers from the rest of the group.  It sounded like this experience with his friends really groomed him for great song-writing and a keen ear for what works musically for him. His early bands played prog rock and hardcore music which we all found fascinating.  He has such an easy-going personality that it’s hard to imagine him playing punk rock.

It does explain, however, why the Accidental Seabirds absolutely rocked a set as Alice in Chains for a New Years Eve cover band show at the Stone Pony a few years ago.  Photo thanks to Jeff Crespi.  I sang along to every song they played to the amazement of the young stranger standing next to me. 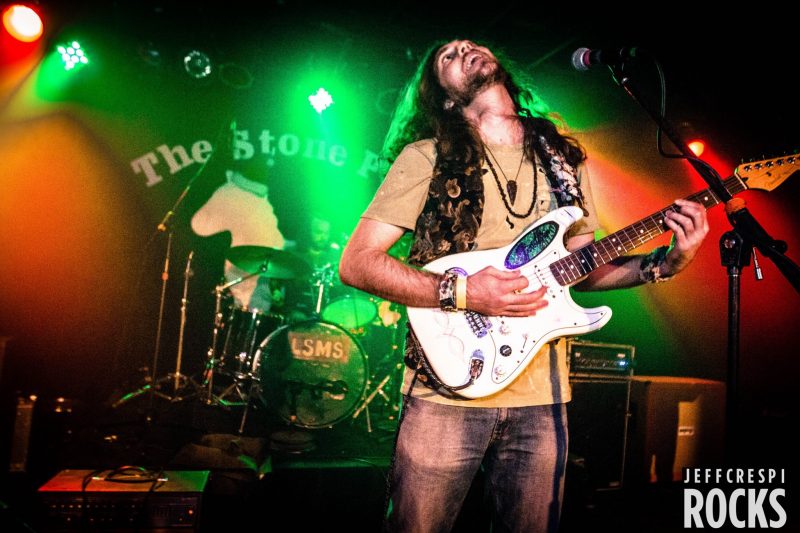 Brian, Ed and I all had such a great time with Jesse at Vic’s that we’re already planning a visit to a brewery together.  He also promised to take us fossil hunting and gave me the fossil he’d been carrying with him.  It’s never a dull moment with Jesse Herdman or when we’re listening to the Accidental Seabirds.  If you’re in the Toms River area on Wednesday, go check them out at Insectropolis with their friends The Moonbees and Doctor Gasp.

Check out all the pictures from our visit to Vic’s in Bradley Beach with Jesse: 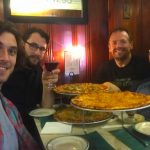 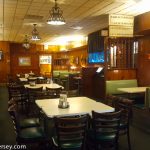 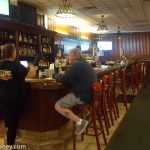 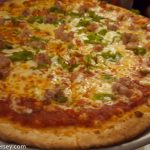 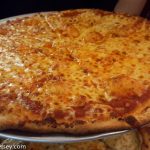 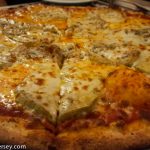 Pin It
Previous post:
Interstate Souper Highway – A Local Musician’s Soup Journey from Florida to New Jersey Next Post:
BREAKING: Brittney Dixon is Coming Back! (For Real This Time)