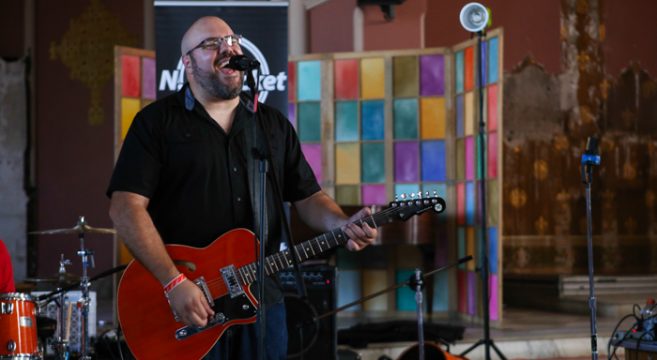 2017 has been a busy and productive year for Jerry Lardieri and The Brixton Riot. In January the band signed to New Jersey label Mint 400 Records. They were one of the highlights at the second North Jersey Indie Rock Festival in Jersey City. They contributed a song, “Isolation”, to Speak Into My Good Eye’s 4th Annual 24 Hour Songwriting Challenge benefiting the National Suicide Prevention Lifelife. In October the band released their second LP, the excellent Close Counts. 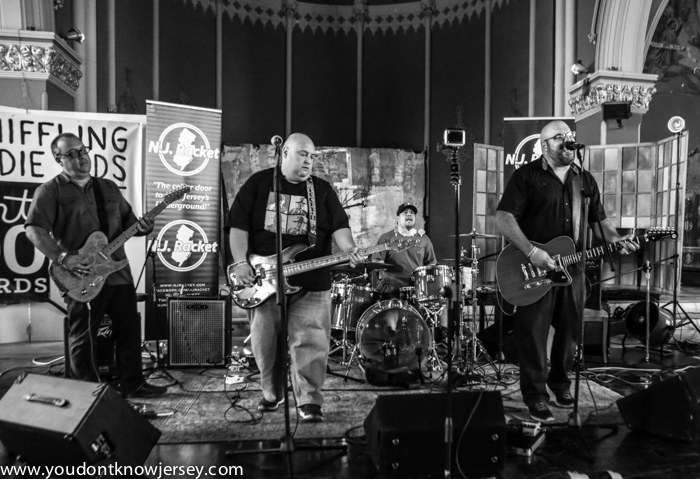 Now they bring the year to a close with some new songs. “Winter’s Colder (When You’re Gone)” was recorded specifically for Jon Solomon‘s 25 Hour Holiday Radio Show at WPRB 103.3 out of Princeton. It is classic Brixton Riot power pop that has touches of some of their biggest influences including The Lemonheads and The Replacements. It was recorded with Peter and Chris of The Anderson Council at Chris’ home studio. The B-side is an acoustic cover of the Jacobites “Teenage Christmas” recorded exclusively for Al C’s 2017 Signal To Noise Holiday Show. You can head over to The Brixton Riot Bandcamp page for a free download of both tunes.

Slowdive – S/T: Great to have Slowdive back again. “Star Roving” is perhaps the strongest opening track of any record to come out in 2017.

The Replacements – For Sale : Live At Maxwell’s: Perhaps it’s cheating to pick a live album recorded during the Mats heyday for a 2017 best of list but it was great to have a little piece of Maxwell’s legacy preserved on vinyl.

Overlake – Fall – I already spoke at length of my love for Fall over at No Depression but it bears repeating.  A tremendous follow up album to Sighs, which was also excellent.

Bully – Losing: Probably the record I listened to more than any other this year and it hasn’t even been out 6 months.

Filthy Friends – Invitation: Looking at the people involved with Filthy Friends, you knew it had to be good but “Any Kind of Crowd” is a nugget of jangle pop perfection.

The Improbables – Object To Be Destroyed: Fantastic offering from South Jersey/Philly.  “Object” recalls everything that was great about those old garage rock records.

Lees of Memory – The Blinding White Light of Nothing At All: Jon Davis’ post Superdrag project’s most ambitious album to dates. Every Lees record has a different sound and Blinding White covers several different styles over its expansive run time.

The Wedding Present – George Best 30: Yup, I picked a re-recorded album for a best of list.  I love this record and hearing it all over again, recorded mostly live and with a big natural sound was awesome.

Cloud Nothings – Life Without Sound: Like Filthy Friend’s “Any Kind of Crowd”, “Modern Act” was one of those songs that instantly grabbed me back in February.  I listened to it about 20 times the first day after I bought it.  The rest of the record didn’t disappoint.  I’m really enjoying what Cloud Nothings has been doing over their last three records.

Waxahatchee – Out In The Storm

The Bats – The Deep Set

Glazer – On A Prarie, Live In The Dirt

The Successful Failures – Ichor of Nettle