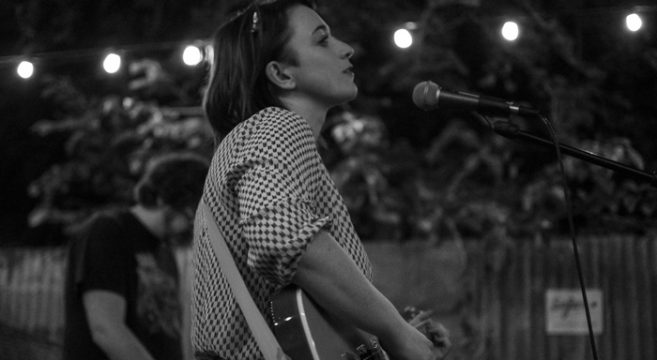 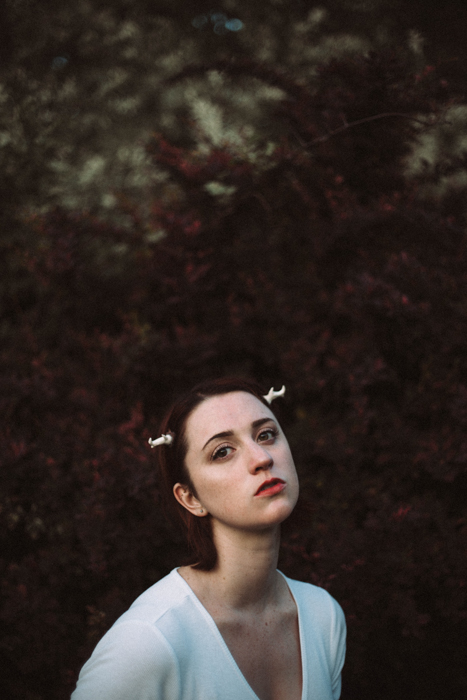 I first heard indie band Foxanne when they released their self-titled demo EP back in late 2014. The remarkable dynamic vocal range of lead singer Foxanne was unquestionably evident from “Till the Morning,” the very first track. Powerful, sweet and ethereal—often all at the same time—it is a voice the commands attention. She is backed by the impressive bass/synth of Michael J. Harris and drums/percussion of Andrew Funcheon who play with an intriguing mix of concentrated energy and subtlety.

Though the band is based in Brooklyn, Foxanne grew up in South Brunswick. The band played shows and released singles throughout 2017 and are in the process of putting the finishing touches on their first official EP, the highly anticipated halfling, out this spring, recorded, mixed, and mastered by Patrick Noon at EightSixteen Studio. If recently released single “Whiskey and Strawberries” is any indication, the new record should be a stunner.

While waiting for the new EP you can get your weekly Foxanne fix over at her newly created YouTube channel where the band releases a new video at minimum every Friday.

Musician. Science writer. Videographer. Fighter for women’s rights in both the arts and sciences. Foxanne’s list is below. 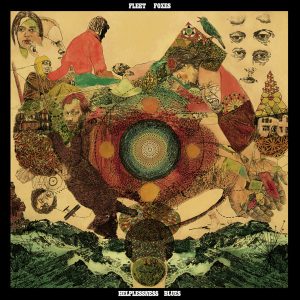 I didn’t hear the Fleet Foxes until way late in the game, I was in college and was finally sick of listening to the hype and wanted to just know what the fuss was all about. I was immediately taken aback. Something in the writing and the delivery shook me to my core. I connected with the music and the warm, thick tones on a level I’d never experienced before. Beyond even the music, the lyrics were crafted with nuance and detail that seems almost impossible to achieve.

It is difficult to put into words the way that music makes you feel, but Helplessness Blues (along with the entire Fleet Foxes discography) just makes me feel. The only thing that I really must add to this record is White Winter Hymnal, which is an utterly perfect track off of their self-titled record.

Devendra Banhart is probably tied with Fleet Foxes as my No. 1 favorite musicians of all time. Devendra was, is, and probably will continue to create music that is so intimately unique, it can forever change and shape the way you listen to and think about music. I started listening to Devendra when I first started getting into performing as a teenager and when I first started switching from poetry writing to songwriting. His fingerpicking style and completely freedom in rhythm and song structure is a huge influence on my writing and this album, I think, captures a lot of the different tones and styles of Devendra – from the psychedelic freak folk to the swelling rock songs that have an air of 1970’s prog and the love songs that embrace a number of languages. Especially on this record, Devendra isn’t afraid to take risks writing-wise, in his unique warbly singing style, or even in his fashion choices. This will forever remain a staple in my ears.

So, I will be honest – I don’t know most of the songs on this record. But, while it might be considered cheating, I am including it on this list because on this record is my favorite song ever written. “The Way I Feel Inside” by The Zombies is, hands down, the most incredible song I have ever heard. It is a simple, clear-eyed, tune that resonates with a crispy organ that swells and warms with the growing tension of the song. I first heard The Way I Feel Inside as part of the soundtrack to The Life Aquatic with Steve Zissou and ever since it has stuck with me like honey. 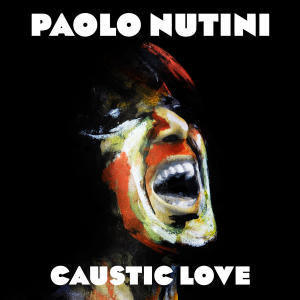 UGH this album. I first heard Paolo Nutini on MTV with his music video for “Candy.” The song is great and I got pretty into his music, but when he released Caustic Love I realized just how special he is. His songs hearken back to 1960’s soul and his voice growls softly with a Scottish inflection and a familiar warmth that feels as sensual as it is raw. Caustic Love is a heartbreaking record and, as someone who enjoys heartbreaking music, it will always be an album that will resonate with me.

Oh the White Album. Of course. It would have been nearly impossible to make this list without The Beatles and the White Album is as much of a masterpiece as I ever have heard. My favorite track off of the record is probably “Happiness is a Warm Gun,” but it is tough to pick a favorite off of a record that was so chock full of musical innovation, reckless individuality, and beauty. I’ve been listening to this record since I was a little kid and every time I hear it something new hits me and makes me love it even more. 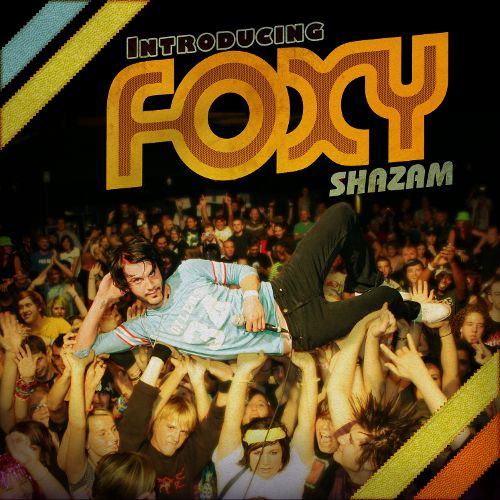 Surprisingly not the inspiration for my band name/stage name, Foxy Shazam is one of my favorite artists of all time. And, while I adore their newer sound and Eric Nally’s solo project, Introducing remains one of the best records I’ve ever heard. Lyrically, it borders on terrifying. Performance-wise, it is solidified that it is terrifying, Earth-shaking, chest-aching hardcore. Frontman Eric Nally tears through you with a voice like no other and Introducing is really a record that you feel in the back of your throat. From bizarre, sudden changes to chaos that completely envelops you, Foxy delivers every single time. I first heard Foxy Shazam my freshman year of college and they continue to inspire me to go as hard and heavy as possible and be unapologetically individual.

It is no secret that I have a special place in my heart for just about anything in 6/8. And when I heard that Leon Bridges had a record that seemed to have come straight out of a time machine, I was excited but not expecting anything, well, new. Leon delivers the swing and passion of soul music with absolute perfection. His silver voice rings sweetly over storylines that sound new and familiar at the same time. But Leon doesn’t just pull at the vintage heartstrings. There is something about his songwriting and style that, while it is certainly retro, is entirely fresh. Leon is still new on the scene but as soon as I heard the song “River” off of this record, I was positively smitten.

OOH Chad VanGaalen. I first became familiar with Chad through the music video for his song “Molten Light.” The grotesque and bizarre animations floated over an equally bizarre and beautiful song on which Chad warbles out a terrifying tale. I dove deeper and deeper into his music and felt like I’d ran smack straight into a brick wall when I heard “Rabid Bits of Time” off of Soft Airplane. It actually brought me to tears for a second and the rest of the record rang with strange and satisfying songwriting. He doesn’t have a wild vocal range or a particularly wild style of singing, but there is something in the timbre of his voice that feels familiar and warm. 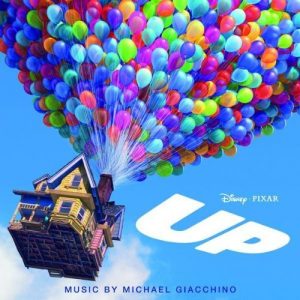 So, Disney. While the company itself is questionable and doesn’t exactly align with my ideologies, there’s something about the music of Disney that is unparalleled. It is extremely difficult to pick just one record – Princess and the Frog astounded me, Hercules continues to remain a stale on my car-belting playlist, and “Best Of” compilations are routine for my ears. But one soundtrack stands out, in particular: the UP soundtrack. Many of the tracks hold true to one, singular musical theme and a lot of the writing and orchestration is exceedingly simple (at least by Disney standards), but that one theme, that singular melody played out on the piano is one of the most gorgeous things ever created. Those that have seen the movie will know it’s nearly impossible not to cry after the first ten minutes. Listening to the music on its own surprisingly has a similar effect.

I’ll admit – I don’t listen to this record that regularly anymore. I love Jason (and even briefly interned for his management agency out in LA) but my music taste has grown that much more since I first started listening to him about a decade ago. But this record, in particular, is the one that really inspired me to start performing. I’ve written – mostly poetry, but a variety of weird stuff – since I was very young, and only started branching out into songwriting around the age of 15 or 16. I inched out into performing when I started listening to this record (I even got in a bit of trouble for performing “underlover undercover” at a high school acoustic night) and it helped me to really translate myself onto the stage, at least in a very basic way that I’m still very much learning and growing from. And, while Jason’s reached serious stardom levels, this early album, recorded live at Java Joe’s in San Diego, has this winding, sparkling personality that stays true and holds fast through time.