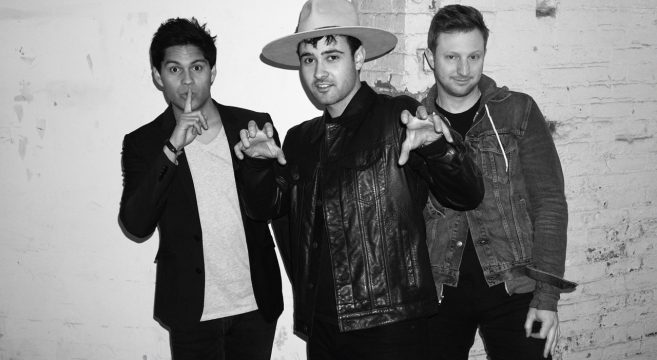 One of the clear highlights at the second annual North Jersey Indie Rock Festival last year at Cathedral Hall in Jersey City was Weehawken based band The Skullers. Their modern blend of traditional rock fused with blues based grooves sounded especially powerful in the upstairs stage among the high ceiling and stained glass windows. We came away incredibly impressed.

We are thrilled to be premiering their new video for “Peace With You”. The Skullers, Jack Skuller on guitar, harmonica and vocals, Luigi Sardi on bass and Gabriel Scholis-Fernandez on drums, sound as though they have been making music together for many years though the band are relatively new. That is a testament to the talent here. Their 2017 debut EP Meet The Skullers garnered much acclaim. 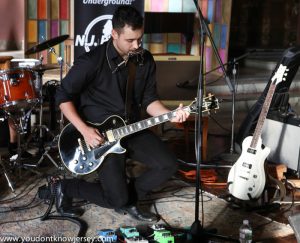 “Peace With You” is a slow burner of a song, one of the best on the EP. It injects a bit of soul into their bluesy sound.

“This song may have been our producer Joel Hamilton’s favorite while we were recording. We opted to go with a video that was less about storytelling and more about just making something visually interesting,” says Jack Skuller on the idea behind the shoot. “We chose Stevens Institute of Technology student Kuni Noubissi to direct it after we saw some his work. We knew locations were an important part of the visuals and we found some very cool settings all around Hoboken.”

Pin It
Previous post:
YDKJ SONG PREMIERE: “These Days” by Charlie Kupilik Next Post:
Cake at Erie Coffeshop and Bakery in Rutherford Named One of the 51 Best in the United States