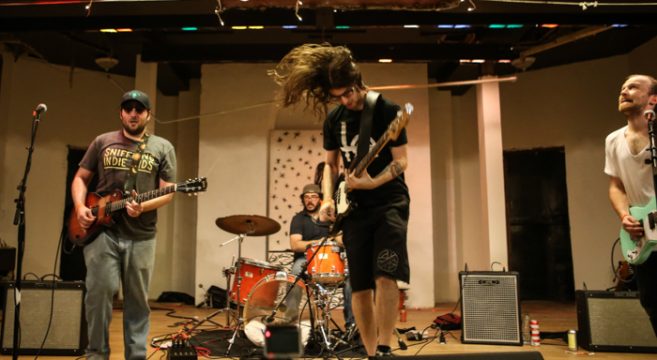 Beloved Montclair-based band LKFFCT just released their new EP Cayenne and it is, ahem, blisteringly torrid. Like Red Hots—those little crimson cinnamon candies—the songs are short, compact blasts of heat just in time as we get ready for summer. Every song clocks in at around two minutes but the pace of the tunes make them seem even quicker. Whether bristling with unsuppressed rage on “Revenge Of The Ginker” on a wave of or singing with low, cool menace on “Big Boppin Daddy” guitarist/vocalist Max Rauch and the gang have created a wonderfully fun and furious record. 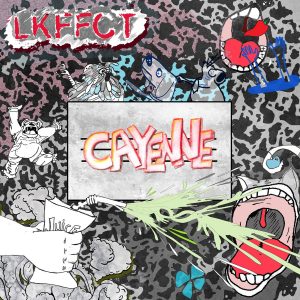 Since I can do nothing in the “normal” way, to celebrate the release I decided to ask each of the four members one question each about one track on the record. Mind you not about the song itself, just riffing on the titles.

The song says you like it spicy. What is your favorite spicy food and why?

The spiciness the song is referring to is the earth becoming inhabitable which unfortunately doesn’t sound too tasty. My favorite hot ingredient is probably habaneros. I love spicy curry too, perhaps this very website can point me in the direction of where to get the best hottest meals in NJ – I want to cry and shoot snot everywhere!

It does get pretty muggy in Northern NJ. What things do you like to do to keep cool when the weather gets hot?

I am an excessive sweater and longtime sufferer of the sun’s wrath so I love air conditioning and am probably lacking in vitamin D. My all-time favorite heat avoidance activity would probably be the dine-in movie theatre experience. It’s air conditioned and they bring you food/beverages!! Fuck the sun!

Big Boppin’ Daddy seems like a great nickname. If you had to come up with nicknames for all 4 band members what would they be?

Keith “the Beibs” Williams for his boyish looks. Brian “Bran” Legentil for no other reason than it is fun to say. Max “Ax Man” Rauch for his tasty licks on guitar. Ryan “Tubbs” Baredes because…uh someone has to hit the tubs!!!!

In the short story of same name, 3 wishes are granted. What 3 wishes would you have for LKFFCT? 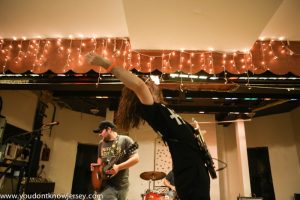 Recorded, mixed and mastered by Skylar Ross, you can pick up the EP, now out on Sniffling Indie Kids, on Bandcamp.

The guys have a release party for Cayenne at the Meatlocker in Montclair on Friday the 20th. They will be joined by Rosey Bengal, Sunflower, Tula Vera and John Cozz. And, if you like vinyl, the band will have a limited amount of 7″ lathe cut records at the show.