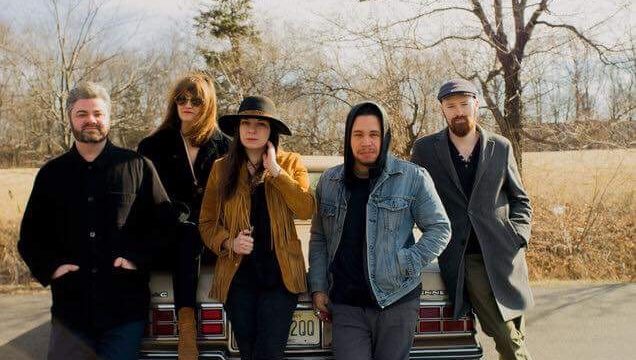 On the heels of their latest EP Born to Run and a successful tour with The Pretenders, Lowlight has announced It’s Later Than You Think, a full-length live album that features several new songs. In that spirit, the band has shared the exclusive track, “California Blue” with us. 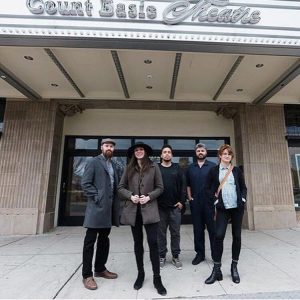 The song debuted in singer Renee Maskin’s solo sets nearly two years ago, as Lowlight took this tale of road romance coast-to-coast, adding their trademark layered synths, close harmonies, and tastefully raucous guitar-playing. Absent of Derril Sellers’ typically-precise production, “California Blue” washes over us, letting each part speak and breathe for itself. Maskin’s voice is right up front. Colin Ryan’s drums surround us, while Dana and Derril Sellers’ respective keyboards and guitar flank the listener on either side. And as has become the modus operandi since he joined the band, Rey Rivera keeps it all from veering off the side of the road. Hearing his bass cut through the mix is one of this album’s subtle joys and helps make “California Blue” a welcome addition to the permanent setlist. 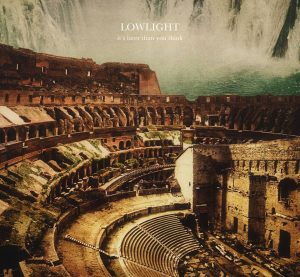 Across It’s Later Than You Think, the live treatment continues to serves Lowlight well, whether on career-long staple “Bones” benefitting from the extra-high ceilings of a 2000-seat venue, or “Motel Chronicles” hitting remarkably hard as Ryan’s snare drum resonates like knuckles against a bare cheek. But the group hasn’t completely surrendered its control. New song “Locals Only” manages to convey a sense of extreme claustrophobia, resting on a circular Maskin guitar pattern; running in place for nearly six-and-a-half minutes. It’s not a celebration, nor is it an indictment of the band’s hometown of Asbury Park. It’s just the disquieting observations of one person in the corner of the room. Unique and almost eerie, “Locals Only,” exclusive to this album, adds another edge to the group’s evolving identity.

Two years ago, I wrote about how Lowlight should be afforded the chance to take to the road. Well they were. And they did. And what they continue to do with that chance is quite fearless in its own way. In and around Asbury Park, there are lots of great people and plenty of wonderful and deserving musicians. But Lowlight is a little different. Sure, they continue to leave their indelible mark on the scene, but always with an eye on what comes next; asking ‘where do we go from here?’ They don’t allow themselves to get too comfortable; to get too wrapped up. Because staying is easy. But staying is failure if making a life out of your chosen living is your goal. Listening to It’s Later Than You Think and hearing a few thousand sets of hands applaud this little band from New Jersey they know nothing about proves one thing: This is only a stop along the way. Lowlight knows where they’re going and what they want. But they’re not telling. We’re going to have to keep paying attention; keep enjoying this wonderful, fucked up ride. 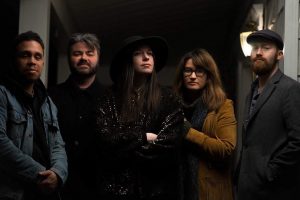 Produced by Lowlight; Engineered by Scott Maxwell; Mixed and Mastered by Derril Sellers