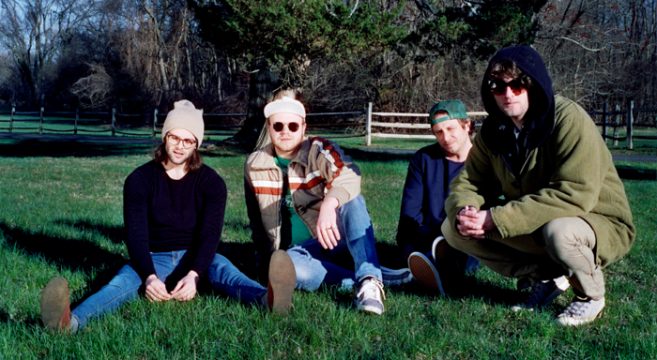 That incredible feeling when you get to premiere a video from one of the hottest New Jersey bands going. Especially from a band that has recently crossed the threshold from being merely great to next level magnificence. Something truly special. This is where Asbury Park band Deal Casino find themselves. Therefore it is with great pleasure we premiere the video for “Paper Planes” off their fantastic new EP Isadora Duncan.

First a little on the record. 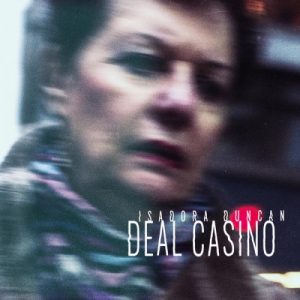 Within the first 30 seconds of starting the EP you know you are not dealing with the Deal Casino you are used to. Yes the superior song craftsmanship the band (Joe P, Jozii, Jon Rodney, and Chris Donofrio)  always displayed in the past is there but something has changed. The band is maturing and this has lead to some welcome musical experimentation and introspection. Subtle and nuanced, yet just as passionate as their previous work, they have never sounded better. 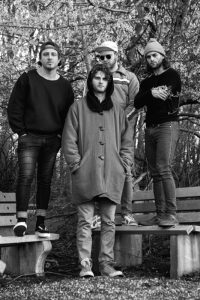 The heavy synth wave and distorted guitar beginning of break-up tune “Dirty T-Shirt” made me sit up immediately take notice. What is this new sound from Deal Casino? Just on that 30 second intro I knew things were about to get personal here. The whispery vocals delivered by Joe P are conveyed with an honesty that is both brutal and yet somehow affectionate. “You wipe the smudges off the mirror just to see a little clearer what you’re worth.” I can’t help think the singer is also dealing with showing his own age. 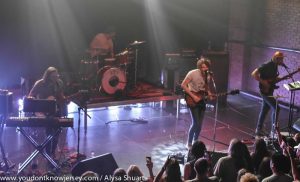 “Soft Machine” has a killer opening that reminiscent  of mid-80s electronic pop. Albeit here with a darker edge which contrasts nicely with Joe P’s falsetto vocal delivery. The intense driving rhythm section of bassist Jon Rodney and drummer Chris Donofrio propel this song to its soaring, atmospheric conclusion. And oh those dark wave synths underneath. The song would not be out of place on MGMT’s Little Dark Age.

This brings us to “Paper Planes.” The song itself is a soundscape of experimentation that is executed perfectly. The wailing, plaintive guitar intro is just gorgeous. Interspersed throughout are so many synth sounds it is hard to keep track. An electronic, bell-like ding, slippery and churning whirls and industrial clangs. And is that laughter? In less capable hands this would be a mess. Here it works seamlessly. The video, filmed in New York City and directed ny Anthony Yerba, seemingly paints a bleak picture. “Look into these eyes. Do they look inspired? Or are they empty?” The people walking the streets not only do not seem very happy their appearance is manipulated with effects that distort and discolor.

The more sophisticated tunes on Isadora Duncan, slower paced than on some previous work, are not an indication of a lack of intensity. In fact it is heightened, more focused. Take closer 12X20. A quiet but powerful tune which builds with passion as it goes. I would say the band it at its peak here but that would be a disservice. Something tells me they are just beginning.