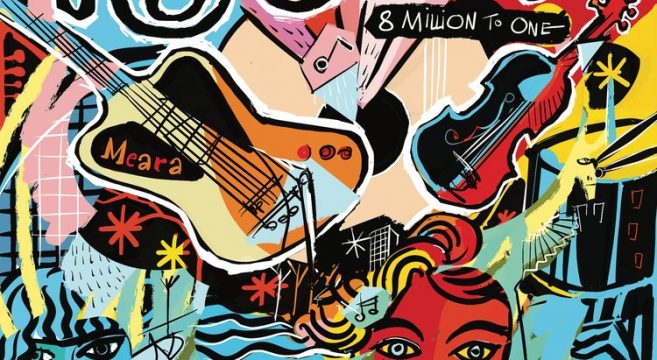 Losing My Heroes: Reviewing ‘Eight Million to One’ by Roy Orbitron

Over the past decade, Conor Meara has become the New Jersey music scene’s quintessential anti-hero. A union representative by trade, a liberal policy wonk by hobby, and a single father by necessity, Meara doesn’t want to hear the other side’s argument. When they go low, Meara goes even lower before kicking them in the back of their ducked fucking heads. And since he started Roy Orbitron in 2009 with violinist Noah Baum, he’s made it his mission to ensure that you remain fully aware of that, regardless of who actually listens. Meara has made no secret of his foibles and in the process, he’s alienated more people than he probably cares to think about anymore. So with a little bit of chaos-as-context now, would you believe me if I said Roy Orbitron just made its most mature record? Well they did. Looks like Conor Meara has grown up.

While he hasn’t backed down, Meara has certainly eased off a bit. It’s as though he’s realized that a band with a violin doesn’t need to be blunt and confrontational to get its message across. Gone are the quintupled guitar tracks, the filtered vocals, and self-destruction’s dim whiff hovering over the proceedings. Instead, things are held together by Baum’s lilting strings, Patrick Meyer’s steady drums, and Sean Hur’s mood-setting keyboard. Meanwhile, Meara’s voice, always charmingly imperfect, has zeroed in on a warmth not found anywhere else in Roy Orbitron’s catalogue. You hear him loud and clear on the title track – no distortion, no doubling. Just Conor.

The song is imbued with a disarming, almost aww-shucks-ness in its production while Meara’s lyrics point to a newfound self-awareness. Though he’s singing to an ambiguous “you,” it’s clear that being a computer keyboard warrior and a speak-before-you-think giver of hot takes may have caught up to him a bit when he sings “Telling them off is such an easy way to play.” But he takes a twist of Randy Newman with his punk rock this time around, and in executing that restraint, has given us Roy Orbitron’s best song. 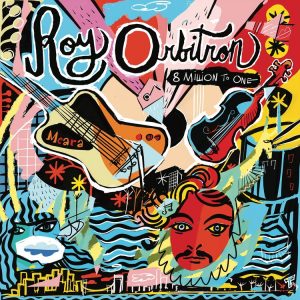 Of course, “Eight Million to One” is just part of a slightly longer EP that also features “Shit Taker” and “Wet Panther.” The former is a minute-and-a-half long synth-soaked song whose start/stop rhythm and pointed lyrics are the closest to the old sound on the EP. It walks back the earnestness just enough to let longtime listeners know Meara is still completely unafraid to poison the wine.

“Wet Panther” is a different beast entirely. Written for Jessi Zazu, the late singer of Those Darlins, Meara attended her memorial service in Nashville. He didn’t know her personally; he was just a fan. But so floored was he by the display and celebration of music, art, and life, Meara got inspired and what came out was a modern-day Fuck Cancer anthem and a Millennial update on Van Morrison’s classic “TB Sheets.” Over his most urgent vocal melody, Meara sings “She’s losing hair, man / Over starchy sheets-land,” before belting out the triumphant chorus “To the back of beyond / I’ll root for my heroes / I’ll be singing their songs at the top of my lungs.” The song moves forward, driven by the bass, pushing us toward an end we all know is coming but often don’t care to think about until it happens to someone we love. Meara turns this idea on its head. You don’t need to know someone to love them.

In addition to this EP, Roy Orbitron has already announced a follow up full-length and knowing them, an LP could happen next week. Or next year. Or never. Anticipation, disappointment, and redemption have always been part of the game with this band. But perhaps that arc – a staple of Meara the person’s life for the better part of the last half-decade – is the point he’s tried to make with his music up until now. And with most urgent life matters finally settled (he finally won sole custody of his son after a long and bitter court battle), Meara the artist finally has time to reflect on himself and all the weird happenings that got him here in the first place.

In the past, Roy Orbitron’s music has often sounded like a space shuttle launching at full-throttle with no regard to what (or who) was in the way. In contrast, Eight Million to One is the reason why that shuttle has a parachute. There’s nothing cool about dying during reentry. And likewise, there’s nothing wrong with sticking a clean landing once-in-a-while. At the very worst, it ensures that you get another chance to take off again. Well-done, Conor. Welcome to the future.

NOTE: Proceeds from the vinyl order of this EP will benefit City of Angels, an organization whose mission is to aid in the fight against the opioid epidemic throughout New Jersey.