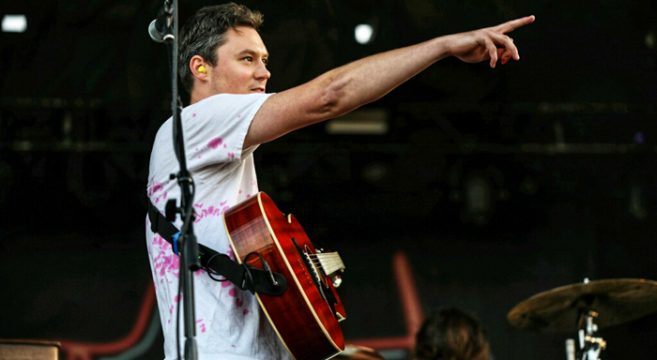 You know it was going to be a good day when we walked through the gates and were serenaded by The Commodores singing “I’m easy like Sunday morning.” The weather gods certainly smiled on the Sea.Hear.Now Festival as Day 2 was just as perfect a day as Saturday for an outdoor music event. Sunday really highlighted New Jersey talent as many performers were some of the best the Garden State currently offers. 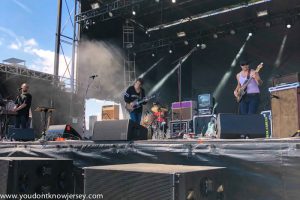 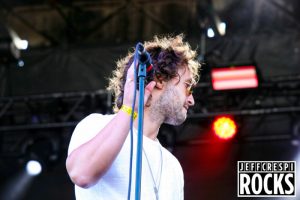 We headed to the Park Stage at 1:00 to catch one of the hottest bands from Asbury Park. Deal Casino drew a large and enthusiastic local crowd and they were not disappointed as the band played several songs from their outstanding EP Isadora Duncan released earlier this year. This band has a presence made for the larger stage and their more experimental tunes worked very well. Over at the San Stage another Asbury Park band The Parlor Mob thrilled fans with songs from throughout their career and sounded tight and heavy. I hadn’t seen then since they played The Stone Pony a few years ago and I think they sounded ever better today. 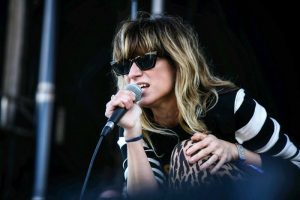 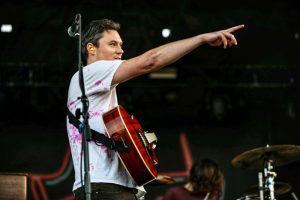 I had been looking forward to Nicole Atkins set since the festival was announced. The Neptune City native is a true artist and her singular style infuses every performance I’ve ever seen of hers. From the moment she said “It’s really good to be back in my hometown” Atkins had the crowd cheering. She tackles full steam ahead rockers, blues tinged slow cookers and soulful ballads so well she leaves her fans mesmerized.

We have been following the career of The Front Bottoms for a while now and to see how far they have come is a testament to their originality and ambition. Oh and fun! This band knows how to have a good time. Their stage show has me sometimes thinking they are following in the Flaming Lips footsteps. They opened with “Flashlight” which is still my favorite song and a perennial crowd favorite. If you’ve been to a Front Bottoms show you know the crowd surfing begins early in the set and Sunday was no exception. They closed with the appropriate “Ocean” to their adoring fans.

The Boss himself, Bruce Springsteen, showed up for a few songs with Social Distortion including Johnny Cash’s “Ring of Fire.” Jack Johnson closed out the festival in glorious fashion and was joined by G. Love for a rousing “Rodeo Clowns.”