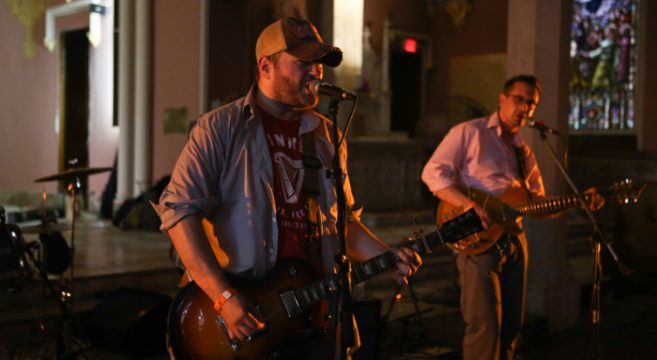 Mint 400 Records founder Neil Sabatino thought the indie music coming out of Northern New Jersey was not getting the kind of exposure that well-known established scenes like Asbury Park and New Brunswick was receiving. Along with the label Sniffling Indie Kids, he brainstormed ideas on ways to get the area’s bands more exposure. Thus the North Jersey Indie Rock Festival was born and the first was held in 2016 at Cathedral Hall in Jersey City. The event highlighted bands from the 2 labels and successfully showcased the bands, labels and music journalism vital to that scene. The following year’s festival was expanded to include bands from several other area labels. 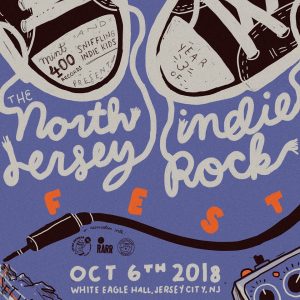 The 3rd annual fest will be held on Saturday October 6th and moves to White Eagle Hall which has quickly become one of the marquee spaces in that area. It promises to be the best one yet. We had a chance to talk to the always busy Sabatino about the festival and the North Jersey music scene.

It’s getting slightly better with Jersey City exploding with great venues like Pet Shop, FM, White Eagle Hall, Monty Hall, etc. so we at least have spots to play again but I still feel like not a lot of the North Jersey bands get asked to play the city, Brooklyn or Asbury Park, so to a degree we still have work to do in order to get theses talented bands playing in front of different people.

This is the second year you are inviting other labels to participate. What is special about each of these labels?

Well originally we had hoped to expand the fest a little further and have multiple stages with many more labels but we’re still growing it and moving to White Eagle Hall is a step in the right direction. We chose State Champion, Rhyme And Reason and Little Dickman because we have collaborated with these labels over the year whether it was on releases or just shows. We feel like this should be a showcase of how many great labels are in NJ and how many talented overlooked bands are out there. Hopefully in the future it will grow more and encompass many more labels from large to small. It’s a great way for bands to meet each other and for writers, bloggers, podcasters and DJ’s to also meet the bands and network. But to answer your question we feel like these labels share the same values as Mint 400 and Sniffling Indie Kids and that’s why we chose to invite them. 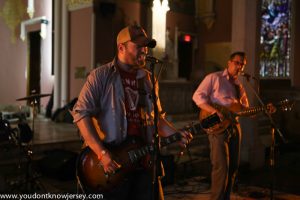 How do you keep the event fresh for people who have attended the previous two festivals?

We tried to have no repeats or very few, so hopefully if you were there the last two years you enjoy the repeats but also love seeing the new faces. Also I think having it on two floors in the past years meant some people missed out on some bands because of having to run from floor to floor. So hopefully having it all in one big room works out better and allows everyone to see every band. As well White Eagle Hall has air conditioning, as some will remember year one of the indie fest was the hottest day of the year, so hopefully this change makes it a more comfortable fest since it is a 6 hour marathon of music.

The festival stays in Jersey City but moves to the magnificent White Eagle Hall this year.  How did that come about?

In the past we were dealing with limited sound systems in these massive rooms and we just felt we needed to up the sound quality. Also, this fest is a huge undertaking and frankly we were completely burnt out after the last one. We felt for our own sanity we needed to move it to a venue that had some stuff in place so we didn’t have to do everything ourselves from scratch like lugging in sound gear to hiring food vendors, to buying alcohol, running the coffee stand to running the door and more. We just needed it to be more streamlined and it was really great that Todd Abramson had heard about the fest and was open to letting us do it at White Eagle Hall. We are very grateful.

What is it about the current North Jersey music scene that people should get excited about?

The bands, the labels, the writers, the publications, the radio shows, the podcasts and the new venues. It feels like the void that was left by the original Maxwells closing is finally being filled again in Jersey City and in other places in North NJ. Running a label I hear a ton of music from all over the world and I mean it when I say NJ has something special going on with its bands and its scene. 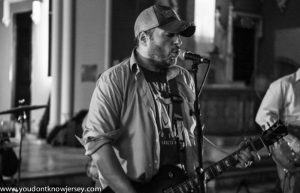 You are one of the busiest people I know in the local music scene. Running a label, producing shows, playing in your band Fairmont to name a few. What makes it all worth it?

The journey is its own reward. I just feel lucky that I get to work with the bands on my label and that we’ve grown this label a little bit each year since we’ve been around.

Final question and be careful how you answer. How important is it that local music sites continue to cover bands, labels and events?

I think it adds validity to what we’re doing when different publications, especially like You Don’t Know Jersey are so supportive of our artists and get involved in helping us throw shows. There were many years when nobody wrote about this label and it makes you feel like you are actually accomplishing something when people stop, listen and want to write about or play your bands through their press outlet, radio show, podcast, etc. It’s the old if a tree falls in the woods thing, you guys get the word out that the tree fell and it made a loud noise.

Get your tix here.