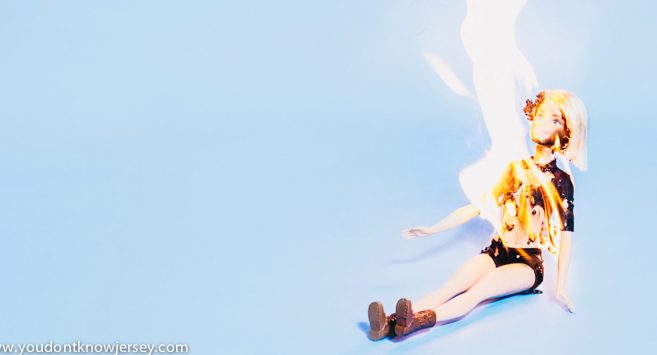 Breakup albums are usually powerfully emotional pieces of work. Working through the process can elicit all kinds of feelings and making the decision to put them out there for all to hear is an act of bravery. Think of Bob Dylan’s Blood on the Tracks, Beck’s Sea Change or Tame Impala’s Currents. All are transitional albums of raw emotions close to the surface wherein the artist pulls no punches. Songwriter/vocalist/guitarist Natalie Newbold saw a relationship end recently as well as the dissolution of her former band, dollys. She has since focused her energy on new beginnings with new band, Well Wisher. With their fabulous debut album This Is Fine, the Asbury Park band has released a raw and honest pop punk record that is at times melancholy, angry, questioning and wistful but in the end undeniably full of hope. 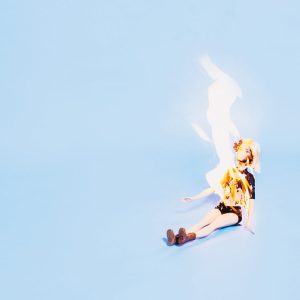 Opener “Believe” is a near perfect piece of indie pop with buoyant guitar riffs and a super catchy chorus that hints of trouble ahead with lyrics like “It’s not your job to believe in me, but would it be so bad.” Follower “Sweet” lets a ray of light in. Like a new relationship, it builds from a quiet intro before blossoming into full on happiness.

“Sad Like Me” is a stunner. Beautifully layered guitars swell under Newbold’s heart-wrenching vocals of the anguish of knowing it is time to say goodbye but dreading that moment when the words must actually be uttered. Single “I Know Better” is a driving, punk influenced tune that is—dare I say it?—danceable with the joy of acknowledging your emotional intelligence and self worth after going through some traumatic times. 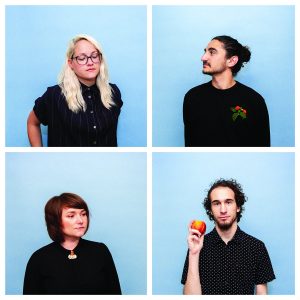 The second half leads off with the one-two punch of brutal honesty with “Leave Me Like You Do,” a fast tempo song propelled by a tight rhythm section that asks “How mean can you be?” followed by the stellar “All My Love” that finds Newbold yelling “all my love couldn’t fix us” amid slashing guitars. Closer “Waste My Time” is an upbeat anthem coming to the realization that life is what you make of it.

Whether furiously infused with the anger of punk or slower and more melodic, the music and vocals on This Is Fine are both handled with maturity. Along with her bandmates Lucas Dalakian on guitar, Lynsey Vandenberg on bass and Mike Linardi on drums, Newbold and Well Wisher have created an album that is both poignant and cathartic. It is the sound of working through the trials and tribulations of life and coming through the other side with newfound happiness. The production from former dollys bandmate Erik Kase Romero is top notch and adds the perfect level of brightness necessary given the seriousness of the album.

Newbold sings “Me I’ll be alright, got this far in life” on “I Know Better” but given the acumen and attitude of This Is Fine Well Wisher will be more than alright. They will thrive.

The album is out now and available at 6131 Records as well as on all streaming platforms.

You can check out Well Wisher at their release show on October 6th at Asbury Park Brewery with Slingshot Dakota, ManDancing and latewaves.