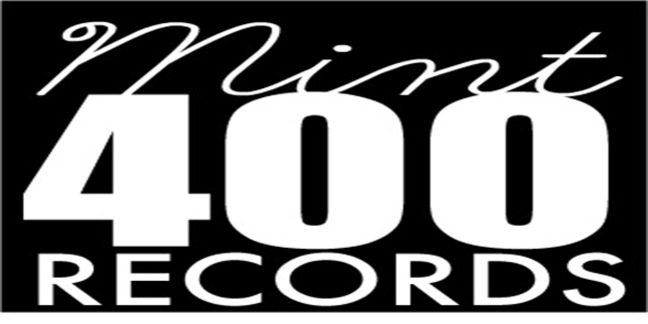 Friend of You Don’t Know Jersey, and one of the hardest working people in our local music scene, Neil Sabatino is the owner of NJ record label Mint 400. He started the label in 2007 in order to promote the work of his own band Fairmont, who just released their 10th album We Will Burn That Bridge When We Get To It this week. Through blood, sweat and tears he has amazingly grown the label to a roster of over 50 artists creating some of the best indie music today.

He shares his Autumn freshman class of 2018 below.

We signed with mint 400 because they work hard to get their artist out there in the world but not taking anything that isn’t theirs to take. They’re artist friendly and easy to work with.

We are currently working on finishing up a new single. We’re hoping to have it out before the new year. We also are finishing up our third ep which is currently called “Beyond Belief”. We aim to release that in January of next year. We’re also starting the writing process of our debut album.

Our 5 top records that influence us as a band are Abbey road by The Beatles, Pet Sounds by The Beach Boys, Currents by Tame Impala, and Odyssey & Oracle by The Zombies. These bands heavily influence us in so many ways.

The Tide EP on Spotify here.

Kerchief signed to Mint because we believe in their philosophy and feel they can help us take the next step in getting more exposure with our music. Feels good to have a knowledgeable team working with us to make the most of our releases, and to be apart of a team of artists who are out there making things happen.

We’ve been busy this year with short tours in the Southeast and Midwest regions to spread the word about our new EP “Rinse” and also to build hype for all to come in the next year. Kerchief is currently prepping for the release of our sophomore album “Fluke” due out in March 2019. We’ve got a lot of tour dates lined up between now and then, as well as plans to film a music video in December for the first single off the upcoming album. We’re pumped for all to come in the next year.

Kerchief started as a very 90’s grunge/alt rock influenced band and along the way has incorporated more electronics and experimental elements. Some of our biggest influences are Yeah Yeah Yeahs, Spoon, Portugal The Man, STRFKR, Tame Impala, Radiohead, HRVRD, As Cities Burn, and The Strokes. I think our upcoming album can best be described, stylistically, as Arctic Monkeys and Metric having a musical baby.

Corey was in Spoon (local) and Home Again.
Robert was in a hardcore band from Tampa called Order of Importance, Tampa metal band called Andromeda, and others..
Jim was in Deep Sea Wildings.

We love the vibe, what sealed the deal was when we had a phone conversation with Neil. Neil is passionate about the label and he focuses his energy on talented musicians who write great songs. Just listen to some of the bands on Mint 400 Records.

Home is West is three piece indie/alt rock band from a little surf town, San Clemente, CA.  The three members, Rob (singer/guitarist/songwriter), Corey (drums), Jim (bass/vocals) come from different musical backgrounds, but together they create heartfelt songs. They continue to write songs and play shows throughout California.  Come see us play, we won’t disappoint. We are excited to be working on our album which will be released sometime in the Spring 2019.

Always tough to answer, so many great bands. Lately, I’ve been listening to a lot of Band of Horses and The Smiths, sprinkle a little Suffocation in there to scratch my metal itch.

Chris was in the indie pop band Boxed Wine and James was in a garage rock group called Twin Berlin.

We respect Neil’s commitment to the label as much as his love of music. He worked with us to make sure we were happy with every detail and we appreciate the work he puts into pushing his artists and helping them to compete in a busy landscape.

We just released an EP called Laser on Mint 400! We’re currently banging out the next two EPs in our Mint trilogy and look forward to playing them out to people.

From a songwriting perspective we love the Thermals, Conor Oberst, Ezra Furman, the Mountain Goats, Spoon, and the Strokes. Some records we always come back to are: Ezra Furman – Day of the Dog, Spoon – They Want My Soul, Tokyo Police Club – Champ, The Strokes – Room on Fire, The Walkmen – Heaven.