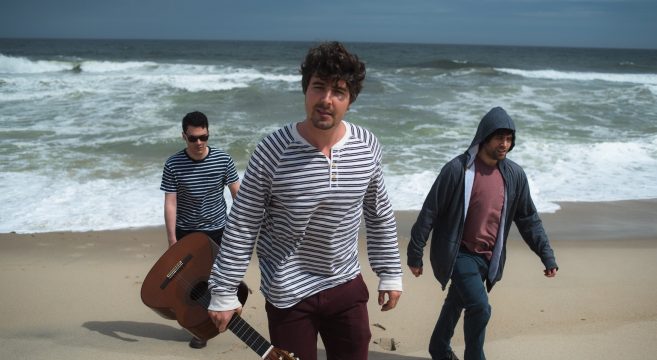 You Don’t Know Jersey is thrilled to premiere “Stellar,” the new track from The Ellis Wilkinson Band. Wilkinson and his band have been making a real name for themselves with songs of lyrical honesty and exceptional arrangements. “Stellar” follows this blueprint with a gorgeous melody of acoustic guitar and piano intertwined with sincere, cosmic lyrics.

Wilkinson explains a bit where the song came from. “Someone I cared about would sit in her room listening to beautiful love songs. My envy was two-fold: I wished I could affect her in the way these songs so obviously did, and I wished that I could pull something as beautiful out of myself and put it to a recording. ‘Stellar’ was one of those songs where the timing and feeling coincided at just the right time, and I was able to write the whole song in about five minutes. The words and melodies were already under my skin, waiting to be pulled through.”

The song itself sounds amazing and the musicianship is top notch. “‘Stellar’ also represents the first time I felt a vision had become reality in the studio.” Wilkinson continues, “I choked up when Cranston Dean first laid down the piano in the chorus. The music that had been playing in my head was now filling the room. It was like describing a thought to a painter, only to have them turn around and present you with your vision.”

The track will be featured on the upcoming 3143 Management compilation album 3143 The Album: Vol. 1. The record, which will be released June 28, will include such notable New Jersey artists as The Mercury Brothers, Dave Mooney and Viewers Like You and Deirdre Forrest.

The single is a testament to having the right chemistry between all involved. “Kazim Zaidi’s contributions were paramount in the creation of this recording. He poured countless hours into the production, recording, and arrangement of the song, playing keyboards, drums, bass, and rhythm guitar on the track.” Wilkinson adds, “Lead guitar was played by Riley Schiro and Kazim Zaidi. Piano was played by Cranston Dean, Arlan Feiles, and Kazim Zaidi. Assistance with the drum arrangement was provided by Kevin Potter.”

The self-taught Wilkinson and his band have crafted a beautiful song that displays the both musical skill and vocal range including a subtle falsetto in the chorus. A perfect song as the Spring days come to a close and we head towards Summer.

You can catch The Ellis Wilkinson Band when they play Rockwood Music Hall in New York City on May 18.