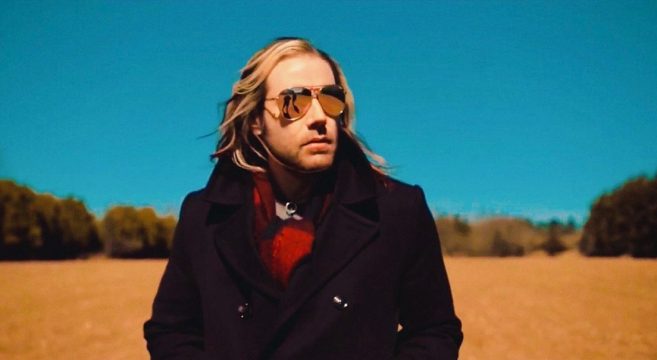 As 2017 came to a close, Matt Cook released Girasole, his fourth LP in eight years. And while his recorded work is the truest example of artistic consistency, lyrical depth, and crack musicianship, a few things have happened to Cook in the past year that have inspired him to up his game even further. He joined forces with the Bryan Hansen Band (whose own recent release Gas Money is a sleeper favorite for album of the year), gave a TEDx talk on the subject of ‘Chaos’ and how it has affected his life, and he released a slew of increasingly-successful singles whose streams number in the tens of thousands. All this is, of course, in anticipation of his next LP simply titled Album # 5. Which brings us to “Missteps.”

Unlike even his previous keyboard-heavy work from 2013’s Live Laugh Love, “Missteps” sounds thoroughly modern, like it could have been conjured up in Kevin Parker’s laboratory and released on the last Tame Impala record. Hazy analogue synthesizers wash over the song, establishing a languid, unhurried tone and introducing a whole new sound to Cook’s body of work. But his crystal-clear vocals and the harmonies of longtime collaborator (and cover model) Jordan Gilbert ground “Missteps” with an air of welcomed familiarity.

While Cook has no release date for Album # 5, you can hear “Missteps” (as well as other recent singles “Last” and “The Voice”) on all major streaming platforms.