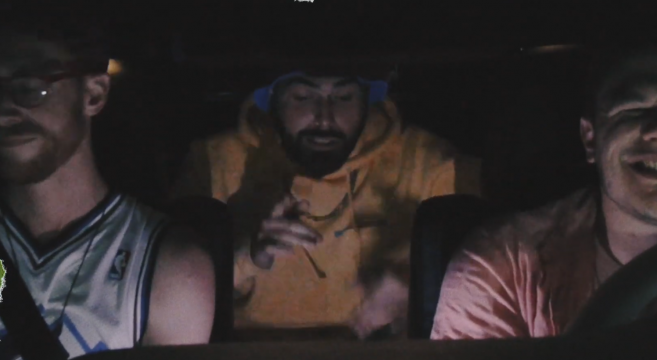 YDKJ Video Premiere: “Don’t Ever Not Do What You Did” from Grasser

Fresh off their performance at Indie Binge this past Saturday we are thrilled to premiere the new video from Toms River band Grasser. The video is a bright and buoyant ode to a simpler time in the musical landscape. The 90s. If this video doesn’t leave you grinning by the end you’ve got issues. It is all the more impressive as it is the band’s first ever video.

The video is a throwback to those carefree days of 90s exuberance. There are Day-Glo yellow, orange and green sports cars, bucket hats, Madchester, synchronized dancing, and lots of pot. Even the edges of the screen have pastel graphics making this a sort of visual Trapper Keeper. It is a heck of a lot of fun. There is even a short blooper reel at the end.

Grasser will be in Asbury Park for The Saint’s 25th Anniversary Show on Monday November 18th with Chemtrail, GayGuy/StraightGuy, & Yawn Mower.