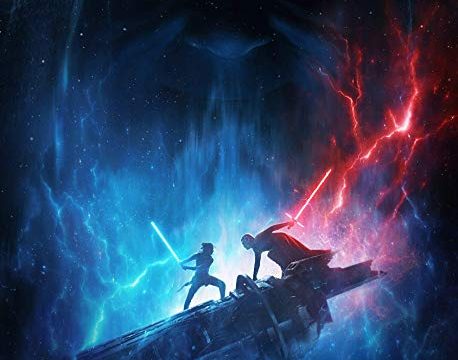 Star Wars : The Rise of Skywalker – The Failure is Now Complete – Movie Review

Be careful what you wish for…

Back in 2012, when Disney bought Star Wars, fans were excited to hear that they were going to get new movies. They never could have imagined they would turn out like this.

With the final installment of the new trilogy, the future of the original characters has now been completely ruined. It has been such a disappointing shame to watch this happen as back in 2015 all of the elements were in place to continue the story of the original trilogy into the future. Most importantly, the actors who played Luke, Han, Leia, Lando, Chewbacca, C-3P0 and R2-D2 were all still alive. When fans first heard about Disney buying Lucasfilm and that now 7,8 & 9 were going to happen, there was a lot of excitement about the possibilities. I remember thinking that at least we were going to get something instead of nothing as George Lucas had said that the six movies were it after competing Revenge of the Sith. My feelings were along the lines of “What’s the worst that could happen?” New movies were better than no movies. Boy, was I wrong. We were all wrong
Here are some of the reasons why Star Wars : The Rise of Skywalker and the entire new trilogy has been so bad.

Back in 2014, when Guardians of the Galaxy came out, many fans and critics said it was the best Star Wars movie since Return of the Jedi or The Empire Strikes Back depending on how they felt about Jedi. Guardians had similar character types, worlds, ships, and other elements as the Star Wars films. However, the characters and especially the story were completely unique just as they should have been. No one accused Guardians of copying the plot lines of the Star Wars movies in any way.
The same could not be said for ‘Star Wars : The Force Awakens’. The biggest complaint was that it was a remake/rehash of the original Star Wars from 1977. There was wall to wall copying of plot points and elements to the point of being ridiculous. Instead of listening to the fans and pretty much everyone about this being a bad thing, they doubled down on the copying 2 years later with ‘Star Wars : The Last Jedi’. Even though that film was even worse than The Force Awakens and started to wake people up to just how bad The Force Awakens was, Disney and JJ Abrams decided to triple down on the copying with Rise of Skywalker, so much so that the film actually erases even more of Return of the Jedi just so that they can do it again. It is an unmitigated disaster and makes for a storyline that feels pointless and deprived Star Wars fans of what they wanted, namely the future of Star Wars. Now, Star Wars has no future.

2. Kylo Ren will go down in history as one of the worst villains of all time.

Every good story that has a conflict between good and evil at the heart of it has to have a good villain. If it doesn’t, the audience doesn’t really care what happens, there is no tension or excitement and the protagonist’s accomplishments are menaingless and a waste. A good villain has to be smart, competent and menacing. Hall of fame villains like Darth Vader, Hans Gruber from Die Hard and Diana from V have these traits, Kylo Ren and Hux do not… at all. In fact, the only villain that had any semblance of being a threat was Snoke and he was unceremoniously killed off in ‘The Last Jedi’.
Kylo Ren is like a hideously bad work of art when it comes to making a bad villain. Everything about him is done wrong and written as poorly as possible. Any changes to his character would make him better. Confused, insecure, incompetent, and menacing to absolutely no one, Kylo Ren ranks up there with all time worst villains like Boss Hogg from Dukes of Hazard and Mauser from Police Academy. My friend went to the new Disney Star Wars “ride” at Disney World and said there is a part where Kylo Ren is supposed to be interrogating you. When this happened when he was there, a couple of girls started giggling. That is exactly the correct reaction to being interrogated by Kylo Ren.

As much as people were disappointed with the prequels, they are looking better every day. At least they tried something new and were different from the original trilogy. They also had a competence and professionalism that is sorely lacking from these new films.

One of the worst things about ‘Rise of Skywalker’ is the return of The Emperor. When fans heard this, they knew that this movie was doomed. It reeked of embarrassing desperation and was just added insult to both ‘Return of the Jedi’ and audiences alike. What’s worse is that everyone expected an explanation of how he could be alive after clearly being killed at the end of ‘Return of the Jedi’ but WE DONT GET ONE. Nothing at all. He is simply back, somehow he didn’t die even though he did. I guess the writers realized that any explanation would be embarrassingly stupid so they decided to not even try.

There are plenty of moments in this film that make no sense. It’s like a couple of 5 year old kids got together to write a story and kept saying “wouldn’t it be cool if this happened?!” but didn’t realize that you have to write a story so that those things happening makes sense. When things don’t make sense, the audience doesn’t care about what’s going on.

There is a climactic moment near the end of ‘Rise of Skywalker’ that tries to copy a scene from ‘Avengers : Endgame’ and it fails so miserably in execution that it’s ridiculous. It doesn’t make sense, there’s no emotion, no anything and the audience just feels detached and empty. Also, ‘Avengers : Endgame’ has a lot of those really cool moments that this movie wants, but it that case, they are all earned. The story makes sense and the audience gets the epic film they anticipated, filled with action and all kinds of emotions. The new Star Wars movies along with the DC Extended Universe have both failed about as bad as they possibly could have.