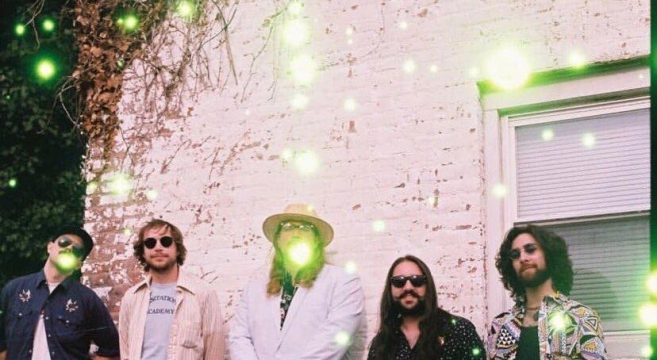 We first saw northern New Jersey band Reese Van Riper at an art festival in a warehouse in Clifton. We had gone to see the bluesy, garage rock of Francie Moon and once she finished, the imposing figure of Reese Van Riper lead singer Papa Reese walked in with his guitar case, took a chair, and played a solo set of some amazing dark blues. We came away impressed. Today we are thrilled to premiere the band’s new song “Hurt” off their forthcoming Mint 400 Records album Electric City out later this year.

Self described as Jersey swamp rock, on “Hurt” the band adds a touch of grunge to the mossy quagmire. The vocal intonations and harmonies recall Alice in Chains and the raw honesty that is conveyed. The song is a slow burner like the embers under the logs after the fire has diminished but the heat is at its most intense. The song will work its way under your skin and linger there a while like darker tunes often do. That is the genius of Reese Van Riper.

You can check out Reese Van Riper for yourself when they play Stosh’s in Fair Lawn on Friday January 24th. Joining RVR will be Rosey Bengel, Aminal, Dharma Plums and The Adventure Soundtrack. Show is free and starts at 7:30 PM. This is their first live outing in almost a year so it is not to be missed.