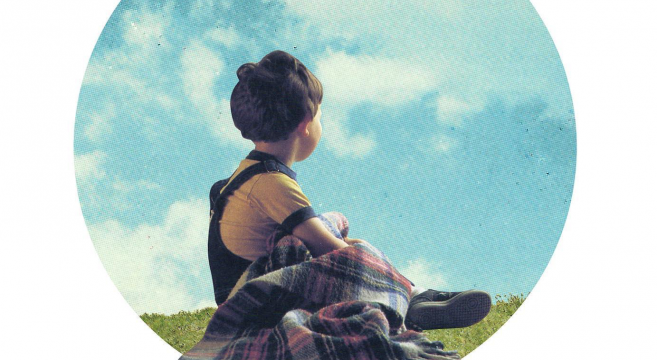 Deal Casino Do It Their Way on New EP ‘Woof’

The goal of crafting a true artistic statement is one that many bands and performers share. Local Asbury Park indie-rock outfit Deal Casino finally seemed to hit this milestone with the release of their second full-length album LLC last year, thus thrusting their already rising talents into another stratosphere. The even bigger challenge though is to how follow up such a definitive statement and still maintain a genuine sense of momentum in the process.

With their latest release the 5 song EP Woof, Deal Casino have crafted a deeply engaging collection of songs that are full of ideas and sonic surprises while honing and deepening the complex and artful sound they’ve been developing over the years. One of the hallmarks that makes this release compelling is the band’s ability to blur surrealism with moments of pure intensity and highlights such as lead single “Chicken Head” are a pure demonstration of that. The brooding atmosphere gives way to an escalating intensity as lead vocalist and songwriter Joe Parella gives a truly hypnotic and exhilarating performance. The sonic arrangements on this track and the rest of the EP give way to rich yet haunting sonic textures that allow for an immersive listening experience.

In terms of influences, Deal Casino have always looked to such varied artists as Radiohead and Pink Floyd and those sounds can be found in the cinematic approach of tracks such as opener “Just a Cow”. The track revels in it’s gothic layers and sounds and lyrically Parella delves into some of the record’s most resonant subject matter as he recounts the band’s rise to success and the pressures and expectations that come with it all. The vulnerability and stark honesty here offer a surprising yet compelling juxtaposition to the avant-garde production presented here. While the scope and sonic ambitions of Woof are proudly on display, one of its true strengths is how intimate and personal its subject matter is. Standout track and latest single “Best Year” is an example of Deal Casino’s insightful and sophisticated songwriting at its finest and credit again to vocalist Joe Parella whose performance here is one of his most human and sincere on record. The lyrical themes of Woof revolve around life changes and expectation along with commentary on success, relationships and society and it’s a testament to Deal Casino’s evolving artistry that these themes are handled with true grace and flair throughout each of the 5 songs presented here.

The simplicity of Woof allows each number to feel fully engaging and the musical chemistry between each band member is organic and seamless on each track. The cohesion between each track makes for a unified listening experience and allows for Deal Casino to explore their artistic ideas and experiments with a singular focus and artistry that’s truly exhilarating to see unfold. Each track has something distinctive and unique about it for listener to latch onto. From the cinematic scale of “Just a Cow” to the brooding scales of “Love Leech”, to the pulsating energy and soaring hooks of “Best Year and the visceral swagger of “Chicken Head”, each song here announces itself as a fully formed statement of its own. However, it may be the final track on Woof that proves to be its most surprising and maybe it’s most resonant.

The EP closes out with a haunting yet elegant cover of classic Frank Sinatra song “My Way” and frontman Joe Parella and company truly reinvent the song and make it their own. Parella’s understated yet probing vocals allow him to inhabit the song’s subject matter from a completely original perspective in artful fashion. What could’ve been just a standard cover in another band’s hands becomes a stirring and captivating coda to a short yet impactful collection of songs.

All in all, with the release of Woof, Deal Casino have crafted a strong collection of songs that continue their streak of evocative, artful yet personal indie rock. With any band or artist’s career, it can be hard at times to detect where their trajectory will go. If there’s one thing for certain though is that Deal Casino are showing no signs of sacrificing their momentum and are dedicated as ever to creating art on their own terms. Keep an eye on these boys, to paraphrase the final track here. They’ll continue doing it their way and that’s more than good news for us.