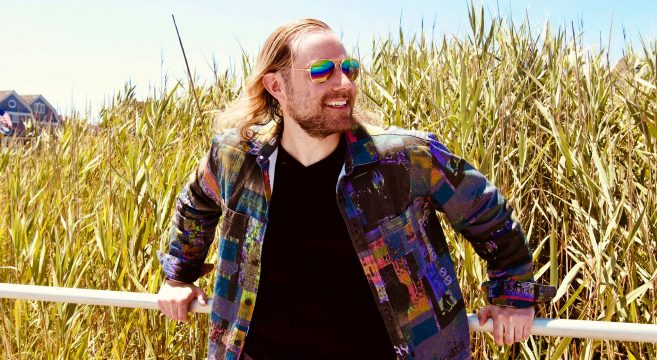 At this point, the story is well-told. Asbury Park piano man Matt Cook spent the formative years of his musical life out in California, playing the LA circuit, honing his Wilsonian pop chops, and promoting his 2005 debut, the still-satisfying, Laurel Canyonesque Coast to Coast. But turbulent family issues, battles with depression, and a life-threatening coma sent Cook back to his native New Jersey and into an unintended eight-year recording hiatus.

Ever since 2013’s long-overdue follow up Live, Laugh, Love!, Cook has managed to build one of the NJ music scene’s most consistently satisfying catalogues, gifting us a new album every 2-3 years and shifting gears ever so slightly each time. #AlbumNumber5Sessions doesn’t change so much as it doubles down on previous accomplishments. So, if you liked the sleek R&B of 2017’s Girasole, then “Last” is the song for you. If you prefer 2015’s urban piano pop album Matt Cook Seventy-Five, then check out “Too Much.” And if the synth-laden Live, Laugh, Love! does it for you, the haunting “Room 567” is where you should go.

As Cook continues to tweak the formula that has netted him six-figure spins on Spotify it’s also important to note his most important evolution: Matt’s own reconciliation of his past. After Girasole’s release, his profile raised to the point where he gave a TEDx talk entitled Beauty in Chaos. While Cook has generally been candid about his struggles, the event put them on display for anyone to see. And perhaps it’s because of such a public reconciliation that #AlbumNumber5Sessions works so effectively. Cook has always used his experience as fodder for his songwriting, but this feels just a little different. It’s like he’s bringing all those moments together for one final sit-down before dispensing with them for good. As though he’s finally gotten a handle on everything that brought him here in the first place.

Perhaps the lo-fi chillwave of “Missteps,” easily the album’s biggest surprise, is a sign of what’s to come. For a songwriter who has spent the last decade wrangling with his past, “Missteps” sounds like it’s been dispatched from the future. But whether or not Cook goes all-in remains to be seen. One thing will be certain: no matter where he takes his music next, we know it’s going to come from a place of resolve, honesty, and Matt Cook’s uncanny knack to find beauty in all this chaos.

Copyright, You Don’t Know Jersey, LLC (2010-2020)
Pin It
Previous post:
I’m Sure She’d Hate This: Reviewing ‘Carpe Diem’ by The Foes of Fern
Next Post:
Cooking with Mama Cozz – Episode 1 – Shrimp Scampi in the Mr. Coffee!