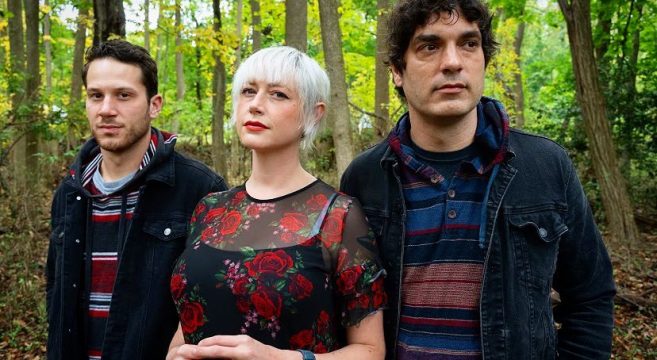 By now, if you’ve somehow missed the first two parts of this three-part series, I really don’t know what to tell you. First we counted down our Top 20 Songs of the year. Then we highlighted the 20 best albums and EP’s of 2020. But with that out of the way, it’s time to look ahead to the new year. While a lot of artists remained active, several notables spent most of the year dialing back their activity for good reason.

Before we get to our list, we wanted to share some necessary resources. If you’re struggling with your mental health, consider reaching out to NJ Mental Health Cares. And if you’re not sure what your food situation is going to be like, both Asbury Park Dinner Table and Trenton Area Soup Kitchen have you covered. Just show and go – no questions asked, nobody gets turned away. There’s also Community Food Bank of NJ, or Foodpantries, a city-by-city list of where to find food banks and subsidized groceries.

And now, here’s our list of artists we’re most looking forward to seeing again in 2021, safety-permitting, of course:

1. Rachel Ana Dobken – By the time the 2021 hits, it will have been three calendar years since Dobken’s debut full-length, When it Happens to You. This year, she spent most of her time writing. Most notably, Dobken also hosted a short video discussion series with her father, a medical doctor, as people’s concerns over the pandemic continued to heighten. Now, she’s reportedly in the studio working on a follow up and while there’s no release date planned, one can certainly hope! In the meantime, you can catch her moonlighting as a guest DJ on Radio Asbury.

2. Jackson Pines – They snuck in “Never Gonna Bury Me” just before the end of the year, but with a slot secured at the Sea Hear Now festival and a long-awaited full-length follow up to 2017’s Purgatory Road, 2021 promises to be the year of Jackson Pines.

3. Kate Dressed Up – After putting out one of my favorite songs of 2018, “I Wish,” Katie Miller’s one-time solo project has morphed into one of the finest bands in the scene. After having their tour and album release postponed due to Covid, Kate Dressed Up stands to have a banner year very soon. Let’s hope it comes in 2021.

4. Des & the Swagmatics – To their credit, The Swagmatics released a raucous live recording and are promising a new music video soon. But we’d love to see them spin the same studio magic that yielded 2019’s “This MoFo Right Here.”

5. The Shady Street Show Band – 2021 will mark five years since the release of Revelry, to date Shady Street’s one and only full-length LP. Will 2021 see a follow up from one of Asbury Park’s most beloved bands?

6. Dentist – Aside from a near-instrumental B-side on a compilation, and a handful of livestreams and limited-engagement shows, Dentist had a relatively quiet 2020. But with the promise of new music in the new year, that means this hardworking band is poised to come roaring back!

8. 10PRL – One of the most unique creative hubs in New Jersey, this bustling art space, complete with cyclorama, has played host to music videos, concerts, galas, photo shoots, recording sessions, and charity events. 2021 promises to be even more productive as April Centrone and her partner Kira Sanchez stand at the center of it all – curating, organizing, and ensuring there’s room enough for anyone who wants to participate. And with it being 5,000 square feet, social distancing shouldn’t be a problem!

9. Levy & the Oaks – While they did release a well-received live record (and snuck out a lovely new demo), the usually-prolific trio (sometimes quartet, sometimes quintet) had a comparatively quiet year. But once shows start up again, I bet you could count on more than a few headlining sets from one of New Jersey’s most entertaining live bands.

10. Batting a Thousand – Veronica Karwacki, mastermind of the long-running, much-loved folk-punk outfit Batting a Thousand has an album. I’ve heard it. It’s wonderful. And I can’t wait for more people to hear it. Until then, catch them performing and curating shows on The Indie Rock Smoke Dungeon, their fast-growing Discord server.

11. The Mercury Brothers – This stony, much-loved quartet just released a new single called “The Rose.” Now let’s see them make the most of their recent marriage with GrindEthos Records.

13. Martin Howth – Creating songs using nothing more than a looper, some practical effects, and her voice, perhaps 2021 will be the year that this Leonardo-based singer will follow up her astonishing 2018 effort, The Wayward Warbler.

14. Dave & Tom – These two ex-Vaughns released a demo of an original song called “Cherry” over the summer and followed it with a cover of “Happy Xmas (War is Over)” just last week. With a studio record in the works, a proven track record with their former group, and a deep love of classic pop music, it’ll be interesting to hear what this Springfield duo does in the studio with their newfound autonomy.

15. Adam Bird – Working feverishly on the anticipated follow up to 2018’s Hard Times Between Two Dimensions, word on the street is that after that’s done, Bird and his bandmate Nick Ivory have even bigger surprises coming! What they are, well, we’re just gonna have to find out.

16. Honey Wild – 2019’s Makin Waves song of the year-winners had an understandably quiet 2020. But that doesn’t mean that 2021 is going to be a repeat for Hana Denson & Co. Spending the bulk of the year expanding their repertoire and writing new material will surely help Honey Wild reclaim its spot as one of our most thrilling new bands.

17. Brian Molnar – Since Molnar’s 2017 album Old Paint, he’s spent time as the producer and touring musical director for Bob Dylan protege Kinky Friedman. And while Molnar and his band The Slow Rolling Low put on an excellent live show, it’s about time we see what this crackerjack crew can do once they hit the studio.

18. The Adventuring Party – I’m not sure if you know this, but Brian Rothenbeck is one of the finest songwriters working in New Jersey right now. And while 2017’s Basilisk is one of the best local NJ albums of the 2010’s, the band is said to be working on a follow up EP. We’d love to see it in 2021!

19. Ruby Bones – So far, these Rutherford, NJ rockers have given us two parts of a three part EP series: Laser in 2018, and Tooth in 2019. When’s Tiger coming, fellas? Hopefully real soon!

20. Dave Mooney & the Viewers Like You – While his first two albums, Costumes & Crowns, and It Came From Spotswood, are wonderful, they largely feature Mooney directing a rotating cast of hired guns. But now with scene veteran Justin Franco on bass, former Paper Jet Kristen Leu on keys, and hotshot drummer Anthony Flora as permanent band-members, let’s see if Mooney can capitalize on the flashes shown with 2020’s transitional EP, the appropriately-titled Press Start.