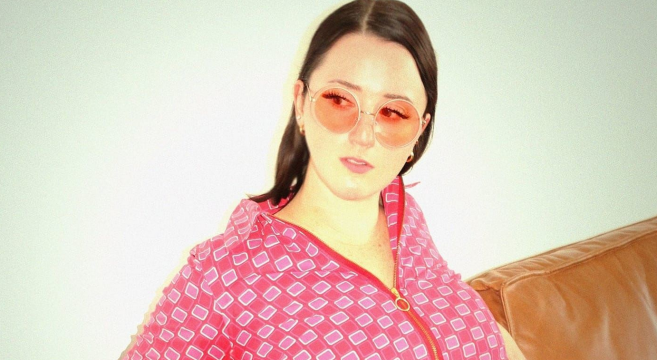 In case you missed the introduction in Part One of this three-part series, we’re highlighting (1) the top songs and (2) top albums of 2020 as well as (3) artists we’re most excited about in 2021.

Before we get to our list, we wanted to share some necessary resources. If you’re struggling with your mental health, consider reaching out to NJ Mental Health Cares. And if you’re not sure what your food situation is going to be like, both Asbury Park Dinner Table and Trenton Area Soup Kitchen have you covered. Just show and go – no questions asked, nobody gets turned away. There’s also Community Food Bank of NJ, or Foodpantries, a city-by-city list of where to find food banks and subsidized groceries.

This year has been unimaginably difficult for so many people that to write about music actually felt a little trivial at first. But after other disasters, it’s art and creativity around which people tend to gather again. And 2020 with its myriad issues, promises to be no exception.

So, without further interruption, here are the Top Albums & EP’s of 2020:

1. Foxanne – It’s real (I knew it) – It was almost predestined that after what felt like years of anticipation, whenever Foxanne released an album it was going to be good. Her excellent singles and Halfling EP all but predicted it. But little could have prepared us for just how special It’s real (I knew it) was going to be. Rocket launches (yes, you read correctly), celestial keyboards, subtle harmonies, a song about the Mars rover, and Foxanne’s peerless range make for a true rarity: an album that lives up to its promise while still managing to surprise its listeners. These aren’t simple heartbreak songs; but ones of honest complexity – finding joy in having known someone after you lose them. The best thing I learned about Foxanne after listening to her music was that she’s not bullshitting anyone. She means what she says, and anything we might hear to the contrary, well, that’s on us.

2. Quality Living – Something Softly Caught Me – Surely Darrel Norrell & Co didn’t expect to release their new album just as the country was locking down. But instead of soundtracking actual events, Something Softly Caught Me did something else entirely. It played as headcanon fodder for our imagined adventures of the lost spring and summer. When things felt their most uncertain, hearing Norrell sing “This, too, shall pass,” in the appropriately titled “When I Most Needed It” was a much-welcomed tonic. And for that reason, Something Softly Caught Me ended up the perfect record for its moment, however unintended that might have been.

4. Elaine Rasnake – Settle Down (Found Tapes) – As the head of Daughterboard Audio, Elaine Rasnake has been part of about a dozen releases this year. And at times it felt like her own brilliant songwriting got overshadowed by her prolific hand as a mastering engineer. But if you take the time to listen to her concept EP Settle Down (Found Tapes), you won’t be disappointed. Written from the fictional perspective of a follower of various American cults and recorded on an old 4-track tape recorder, tender songs like “Remember He Loves You” belie the menace waiting just below the surface. As a result, Rasnake has given us one of the most imaginative records of the year and a fine follow up to 2018’s Breathe Again.

5. Olivia Bec – I Am the Sun – Bec’s songs come to full bloom in this exquisitely-produced EP. To this writer’s ears, it might well be the best sounding record that’s come out this year, too. Songs like “Buoy” and “Odds” are open and bright as though they were somehow recorded in widescreen. This isn’t music for earbuds. Find a good stereo. You won’t be sorry.

6. Tara Dente – Truth in the Mud / Songs from Home – Tara Dente followed 2017’s The Gleaner with not one but two records. Dente acts as a sort of emotional cartographer, mapping a journey of conflict and contradiction. She’s a “working girl from New Jersey” but admits to knowing little of the country life about which she’s singing. She “can’t stay in one state when there’s 50 to see.” And really, isn’t that just a reflection of how we all feel? Longing for something just beyond our reach? But the twist is that if we get there, it turns out it’s “as hard to come as it is to leave.”

7. Joy on Fire – Hymn – When I first saw Joy on Fire in New Hope in June of 2019, I was “really going through it” to say the least. But sometimes a band knocks you out of your haze and onto your ass, and that’s exactly what Anna Meadors, Chris Ozone, John Paul Carillo, and Dan Gutstein did. Their unique blend of punk and jazz is fully realized on Hymn, owing equally to Sun Ship it does to Remain in Light. Print it – Joy on Fire is the best live band working in New Jersey right now. Other bands are on the level, but no one is more exciting, inventive, or fun. And their albums are a vital taste of the fury they wreak on stage. If I could get one thing in 2021, it’d be to see these human beings on a stage again.

8. Matt Cook – #AlbumNumber5Sessions – Cook takes the best of his ever-expanding body of work and makes it all make sense on this triumphant fifth album. Read the full review here.

9. Blaise & David Ross Lawn – Velvet Noir / / / Stripped – There was a time when reinterpreting one’s own work was standard fare and Blaise & David Ross Lawn recapture that spirit in spades. As such, the former’s electronica-drenched originals are given showstopping piano and voice arrangements by the latter. It’s a moving collection by two incredible musical minds working at peak-level.

10. Candy Cavity – Candy Cavity – From the opening line “Do you wanna get nude?” Candace Schur and her band pack Candy Cavity full of turns so sharp, they’ll fucking knife you if you’re not careful. “What You’re Missin’” evokes the best of Bratmobile while shout-along closer “Fuckboy” brings the record full circle in a way that you’ll just have to listen in order to find out.

11. Connor Bracken & the Mother Leeds Band – Nightbird Motel – A worthy follow up to 2016’s blistering The Light in the Day. Nightbird saw members enter and exit Mother Leeds Band throughout its labored recording process; then came a twice-delayed release show. But now that Bracken finally has a solid band in place and can put this fraught chapter firmly in the rearview mirror, it’s time to start spinning gold. For now, honorable mention!

12. ManDancing – The Good Sweat – Perhaps the reason bands don’t really lean into epic, large-scale rock anymore is because no one is as capable of pulling it off as ManDancing.

13. Fake Pockets – Magnolia Street – Devon Alana’s first release after the disbanding of Fun While You Wait is light on its feet and heavy on memorable hooks.

15. Stella Mrowicki – Pine Tree & Wildflowers – A fine follow up to last year’s excellent self-titled full-length. Mrowicki is a real-deal, capital “s” Songwriter whose sense of melody, lyricism, and arrangement all have a warm, lived-in feel.

16. Jeff Linden – Sad Bastard: Tokyo Drift – For someone who’s taking a really long time to finish his band’s album, Jeff Linden has kept us occupied with an ongoing series of mostly acoustic songs. Tokyo Drift sees the addition of drums and bass, making for Linden’s best Sad collection yet. Like its namesake movie franchise, let’s hope Linden has a few more of these in him.

18. Reese Van Riper – Electric City – Reese Van Riper sings like a carnival barker. Half the time you don’t know if it’s the truth or if it’s bullshit. But by the time you get through Van Riper’s latest helping of voodoo soup, does it even matter anymore? Lie to me, Reese. The truth kinda sucks anyway.

19. Tony Appleseed – In Kayfabe – Musical polymath Tony Appleseed has been exploring the abstract for the past half-a-decade and In Kayfabe might just be his most adventurous set of songs yet. Building upon the electronic folk of 2019’s Entropy, Appleseed adds layer upon layer of treated vocal and keyboard to create an album that feels appropriately removed from any
particular moment.

20. Yawn Mower – Return of the Lentils – At this point, the duo of Mike Chick and Biff Swenson can do no wrong, and their tribute to Matt Sharp’s iconic, Weezer-adjacent alternative rock band The Rentals keeps Yawn Mower’s impressive winning streak alive and well.