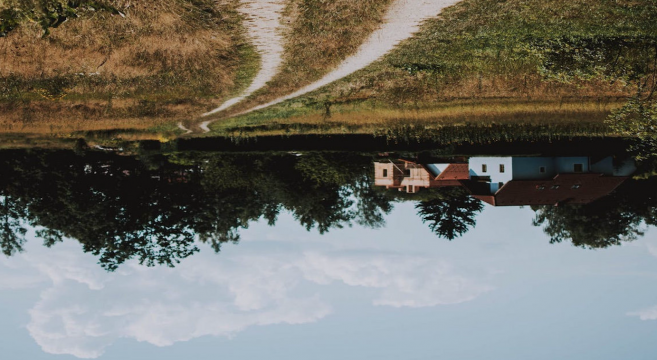 Since disbanding after their epic 2018 final show, each of the former Paper Jets have kept themselves varying degrees of busy. And while that’s to be expected, it might come as a surprise to learn that the most prolific member has been Michael James Virok, aka Beta Rat.

Since the band’s permanent hiatus, he’s quietly released a slew of singles, and a pair of albums, never adhering to any particular genre. Only listening to whatever’s going on in his head at the moment.

For his latest single (and video), Virok is joined by his one-time Paper Jets bandmate Frank Lettieri Jr. who lends soaring (and remarkably accurate-sounding) vocals to Virok’s latest effort: a cover of “Take Me Home” by Phil Collins. The two have also worked together on Lettieri’s solo vehicle Dust of Days, so there’s a natural rapport between them that makes this faithful version sound special.

Here’s Virok’s take on inspiration, the process of creating the song, and the unlikely stars of the excellent music video:

“I’m a huge Genesis/Phil Collins/Peter Gabriel fan, and I’ve always loved this song in particular. Growing up I thought it was about literally going home, but as an adult I thought it to be more about taking someone home (love aspects).” He continues, “I did more research and it turns out that the song is about none of that, but I latched onto my earlier concepts and went all-in to create a visual representation to match my audio take on this iconic song. I pushed myself to use less synth on this track, and even the high-pitched droning arpeggio was played on guitar.”

“When it came to the vocals I had originally planned to sing alongside of a few friends, but due to COVID-19 and my personal inability to break from being a new parent this never materialized. So I contacted my long-time friend and band-mate Frank Lettieri Jr (the Paper Jets, Dust of Days) to lend a hand. It was a distanced collaboration, and I feel like we both captured a particular emotion with our performances.”

“The pair in the video are German, and the video was all filmed in Berlin – and they had no clue they were going to be the stars of this video.”

Copyright, You Don’t Know Jersey, LLC (2010-2022)
Pin It
Previous post:
Something About… Wood Stack Pizza Kitchen in Metuchen
Next Post:
Guess Where?