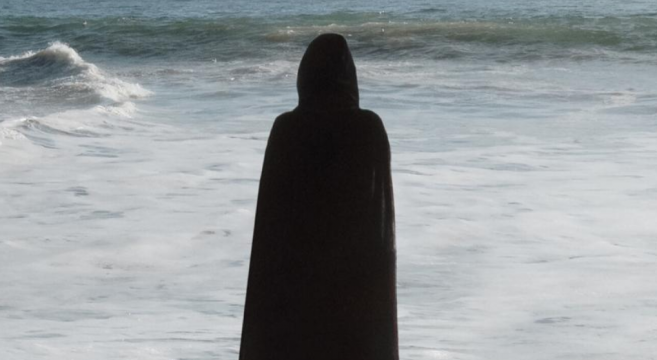 aBIRD releases new single “Nothing Like Us” – Adam Bird Interview

I’ve known Adam Bird going on 10 years now and I still have not begun to figure him out. I mean this in the most flattering way possible. He is an enigma but one that is delightfully challenging to decipher. When I first met him he was leading his post-Perfuma band Those Mockingbirds to ever rising heights. They were gaining exposure both for their music and their videos. Then they broke up. After a few years Adam created aBIRD, a move that seemed to be both a response and an audacious defiance to that previous work. His excellent 2018 album Hard Times in Two Dimensions was angrier and more personal. And synthier. Much synthier. He and musical collaborator Nick Ivory brought that intensity to their live shows while we waited for more.

It’s been three years since that release and as we come out of the pandemic aBIRD has dropped a new single “Nothing Like Us” that shows no signs of rust. Great poppy synths rub against darker industrial keys producing a layered vortex of sound. NIN meets Yeah Yeah Yeahs set to Bird’s unique take on the topic of differences. Written from the perspective of the have-nots and resultant classism but relatable across many topical and divisive issues it is a song that challenges the listener to confront their own us-vs-them mentality.

I asked Bird some questions even though he claims he doesn’t know how to talk to people anymore. He is, however, adamant on his choice flavor of seltzer. “I’m not attached to a seltzer brand but Polar black cherry is the best seltzer on the market. You cannot touch it.”

aBIRD has been relatively quiet through the pandemic. What have you been up to?

After we did the first record Nick and I played a bunch of shows and appeared on YouTube shows. Then I was writing songs and we played a couple of them live on the last few aBird shows to test them out. Then I gave one of the songs to the podcast ‘My Parallel Life’ and that became their theme song. Nick and I tried to start recording what would have been our second record. We got a bunch of songs down and they didn’t feel right. We were in a good situation on who we were working with, the creativity was flowing but I feel like I got sidetracked because I knew I had a lot of really good songs but started to feel that feeling creep up that I was doing it for the wrong reasons. I was trying to capture something, a potential hit. So I shelved what I was doing and took a little break. Then the pandemic started. I spent that time fiddling with the songs and writing. They were all exciting to me, I felt proud of each one. The reason I am saying all this is I was trying to come to grips with what was bothering me about the record we were making. It wasn’t actually the music, it was how I was approaching the pursuit of making music. I stepped back a couple times. I decided to put the music down and see what happens.

I ended up reprogramming everything we were doing during the quarantine and then I kinda just made plans with Steve, Walt and Dean and some other people. I now have these 30ish templates for songs that I am pretty happy about. But until each one is perfect, and I don’t mean perfectionism, but where I feel the song is done, this is what I really want to say then I’ll keep working on them. This is why “Nothing Like Us” is coming out now. I’m taking lyrics a lot more seriously now.

I wrote it from the point of view of the wealth gap and how people identify themselves so much by their possessions and their bank accounts. And then they start to feel that those who are less fortunate are other than human. This works the other way as well. You look at others who are different than you less like a person. The opening line is “Here’s the problem with tradition” and I go on and talk about it. The point I’m trying to make throughout the song is just because something is from the past or that we have always done something one way, that is not a good reason to discount someone. It’s like that broad stupidity behind group think. And that can also apply to racism, sexism. That is a really dangerous way to think.

I hear industrial and pop and dance music in here. Would you agree?

It’s certainly got industrial elements to it. It’s got a lot of ambient shit going on as well. I also got back into guitar quite a bit. On a lot of these songs I’ve been working on reference that fact that I was the songwriter for Those Mockingbirds, I am much more present in these songs. I stopped shying away from it. And it’s not a great indicator of what I’ve got coming. There is some whacked out shit coming. Very Dystopian.

What have you been listening to lately?

Off the top of my head Polish jazz band Skalpel, Los Angeles noise band Health, a lot of Tricky and Cave In. Underneath, the Code Orange record that came out at the beginning of the pandemic is pretty great. Nikki got me into Dillinger earnestly. She also has got me kind of tracing my music taste of the past decade. At the beginning of that time I was about riffs and only riffs. Nothing but Queens of the Stone Age and Arctic Monkeys and that world of rock. And don’t get me wrong. Those are still some of my favorite bands. But when I got into the whole electronic thing I didn’t do aBird because I like electronic music I did it because I didn’t want to have a band. I was learning to program stuff at home and was like “I don’t need anybody”. And as I was getting into it my ear just turned in that direction. I started to get into things like Aphex Twin and Japanese music and experimental musician Aaron Dilloway. That has just led me to more bizarre things.

Do you use all these influences in your music?

Absolutely. Explicitly. One of the things I started to understand about ambient and drawn out electronic music is that there’s a lot of tracks that aren’t songs. What they are is the creator showing you, if you pay attention to it, showing you every part by deconstruction the song before fading out. And once I realized that I started to learn new things about percussion and rhythms.

You told me as the world opens back up I don’t want to return to how I felt about music pre-pandemic? What did you mean by that?

I really don’t want to let music feel unhealthy again, which it did to me. I basically tried to quit a few times. I was feeling like I felt in Those Mockingbirds. I was feeling this drive to get my self-worth from music and trying to get others to tell me I’m good because my songs are good. It started to feel like the thing I was trying to get away from. I became a full-on alcoholic because of that feeling. The fame chasing. “Hey we’re on MTV, we’re close. Let’s see how much closer we can get.” Keeping track of how many people came to a show or how many plays a song got. It really fucked my brain up and it took me a while to find my way out of it.

Do you want to return to live music this year?

Unlikely, but maybe. I’m not saying no because if the right things start to happen I can see it. But I’m pretty uninterested in doing a show with just tracks behind me and Nick again. It’s a lot of technical work to do myself. Also, I always felt a little weird playing guitar with fake drums. If there is a show it will be with a more substantial band. I mean I want to play shows, it’s one of my favorite things.

Copyright, You Don’t Know Jersey, LLC (2010-2022)
Pin It
Previous post:
Between Two Slices: Giovanni’s in Secaucus
Next Post:
Jersey Drives – Route 3 Westbound – All of It