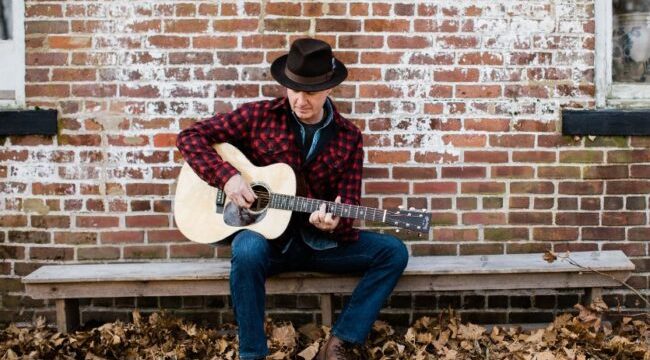 Through These Lines: Reviewing “Half Bad” by Dave Vargo

Dave Vargo sure is living his best life! After landing a gig with Whitney Houston as the touring guitarist during her prime years, Vargo continued to build upon that reputation by becoming an in-demand session musician, working with songwriting luminaries like Vonda Shepard and Phoebe Snow.

It wasn’t until later in his career that Vargo began dabbling in composing his own material. When it finally happened, though, it was like the floodgates had opened. Continuing to tour, except this time in support of his own material, Vargo released two albums in three years and garnered hundreds of thousands of streams!

Today, he returns with “Half Bad,” a longtime set list staple whose studio counterpart positively shines when held up to the light. Drawing influence from alt-country all-timers like Old 97s, the new single moves along on the strength of shimmering Nashville-style production, and Vargo’s rough-hewn vocals. But there are still plenty traces of the old session pro in between the bright strums of acoustic guitar. And it’s that tasteful contrast, along with a killer singalong chorus that makes “Half Bad” one of Vargo’s most exciting, engaging tunes.

So, with two excellent full-length LP’s already in the books, and an exciting new song hopefully signaling more to follow, Dave Vargo finds himself in an enviable position. After dedicating most of his life to performing other people’s music, he can focus on the kind of material that will continue to foster his growth as one of New Jersey’s foremost songwriters: his own.

You can catch Dave Vargo every week as the host of the popular Facebook Live series 2forTuesday, or in-person on July 3 rd at Pinelands Brewing in Little Egg Harbor, NJ.