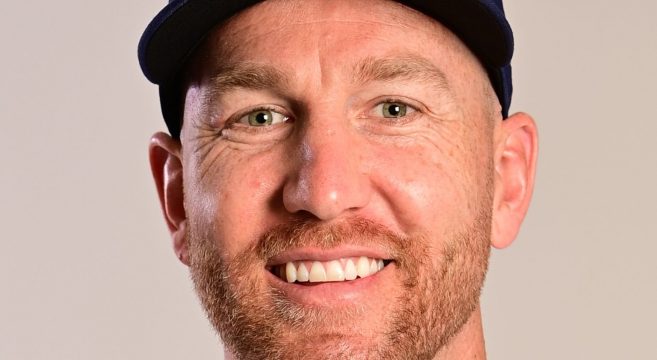 Todd Frazier is a baseball infielder who has played for the Cincinnati Reds, Chicago White Sox, New York Yankees, Texas Rangers, New York Mets, and Pittsburgh Pirates. This will be his first Olympic experience.

Baseball starts on Wednesday, July 21st, and the medal games will be August 7th and 8th.

Frazier was born in Point Pleasant and calls his hometown Toms River. He graduated from Toms River South High School and Rutgers University. So you can definitely call him a Jersey boy, through and through.

Todd married Jackie Verdon, a former Rutgers gymnast, in 2012 and they have three children, Blake and Kylie and Grant. He’s a fan of fellow New Jerseyan Frank Sinatra, and often chooses Sinatra’s songs to play when he walks up to the batter’s box. He and his Toms River team won the 1998 Little League World Series.