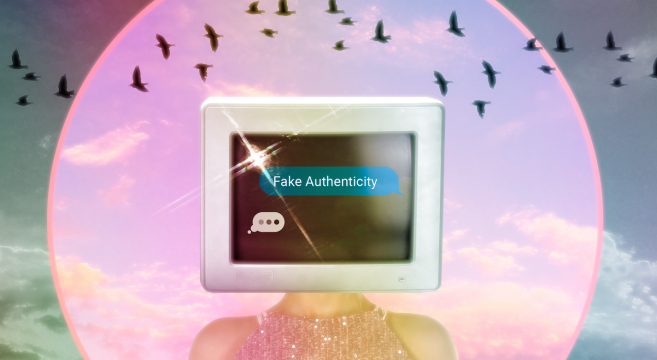 Get Me Out of This Funk: Reviewing “Fake Authenticity” by Natalie Farrell

Let’s get this out of the way early. Natalie Farrell is one of the best in the entire game. Singers. Performers. Writers. You name it. Since coming to Asbury Park from her native Brooklyn in the late- 2010s, she has been one of our community’s foremost artists, evolving her sound and set to fit the mood and the moment.

And now at the midway point of 2022, as Summer kicks off, the mood seems to be that everyone wants to get up and dance. And as we enter our third Covid summer, who could blame them? But Farrell is smarter than that and “Fake Authenticity” doesn’t just present empty calories. The singer describes how social media was weighing on her mental health and, in her words, became “determined to write a song about it.” She was bothered by the fact that “people forget how authentic they can be without comparing themselves to others. And with the help of her polymathic drummer Joshua Van Ness (who had presented the song in demo form two years ago), work got started!

What resulted was far-and-away Farrell’s best song; a tune that wraps an infectious dance rhythm around a serious subject and balances the two with the expertise that can only come from someone who has mastered their craft. Meanwhile, the credits read like an All-Star Team roster! Nick Ryan helmed the production while Farrell’s band features Lou Panico on bass, Matt Fernicola on guitar, and the aforementioned Joshua Van Ness on drums. Put it all together, and “Fake Authenticity” becomes the top contender for 2022’s Song of the Summer.

“Fake Authenticity” is available via Telegraph Hill Records and can be heard anywhere music is streamed.