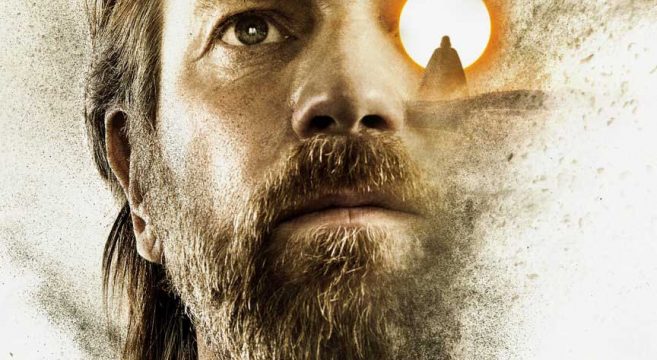 Not only is this a bad Star Wars show and one of the worst written and directed shows ever, but it doesn’t line up with ‘A New Hope’ at all. At his point, it’s just an alternate reality WHAT IF type show.

Leia DOES NOT KNOW Obi-Wan in ‘A New Hope’ at all. Bad writing and poor storytelling aside, this is one of the 2 main problems most people have with the show not working with existing movies. She refers to him as General in the message, mentions that he served her father, and conveying that her father sent her on a mission to bring him to Alderaan. She wouldn’t have treated him as a stranger in the message if she knew him the way she would now. And at the end of ‘A New Hope’, when Ben dies, she has no emotional reaction at all. She just tells Luke to move it because he can’t do anything about it. If this series is to be taken seriously and they don’t somehow erase her memories of these events, then she is cold and heartless to the extreme. But she isnt cold and heartless because she NEVER MET HIM. This does not work at all.

The other continuity problem is with Ben and Vader meeting. Vader is no longer a learner despite the attempt in Episode 5 in the flashback scene of Ben telling Anakin that he will always be a Padawan until he learns to fix his strategy. That is a very weak explanation and cutting the lack of their meeting time from 19 years to 9 really takes away from the ‘New Hope’ fight.

The finale will probably be even worse, they haven’t ruined Vader yet, but they probably will by having him defeated in some battle. I honestly hope that they don’t, the show has shown some level of respect to his character but not much else.

Another embarrassing thing about Episode 6 is sure to be the way they treat Luke. Obviously, growing up on a planet with the terrain and dangers of Tatooine would harden and toughen up a person of any age, both physically and mentally. If Luke is somehow the opposite of that, it would be about the 100th thing they get wrong about Star Wars characters.

Things that can make Obi-Wan an even worse show in Episode 6:

Reva turning good
Luke seeing a lightsaber.
Luke or Leia using the force even accidentally.
Luke being a crybaby/wimp if he gets kidnapped/captured.